Plot: A couple’s attitudes are challenged when their daughter introduces them to her African-American fiancé.

Story: Guess Who’s Coming to Dinner starts when Joey (Houghton) returns to San Francisco with her new fiancé Dr John Prentice (Poitier) to introduce him to her parents Matt (Tracy) and Christina (Hepburn), which seems to go well, but it is clear the parents are uncomfortable with her being with a black man.

As the mixed race couple go around the day, the parents are trying to deal with her choice, seeing how their own friends, family and clients react to the news, showing how they will support their daughter, no matter what happens to the reputation around town. 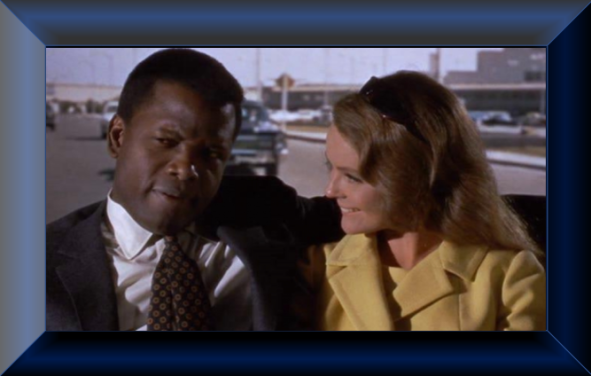 Characters – Matt Drayton is the father of the family, while surprised by her daughter’s choice, he isn’t happy with his daughter’s choice, mostly because he is scared of what society would think of the mixed race couple, believing they will forced into facing their own problems in life, Christina Drayton is the mother that is also surprised, but delighted to see her daughter so happy, she will let the couple be together even if it means pushing people out of her life. Dr John Prentice, is the black man that Joey wants to marry, he has done incredible things around the world with his time, even if he has his own tragic story behind him, he is as concerned about meeting Joey’s parents as his own to meet her.

Performances – We have three of the greatest performers of all time in this film, Spencer Tracy, Sidney Poitier and Katharine Hepburn show why they are the elite with their performances in this film too, with a supporting cast that includes Katharine Houghton, Cecil Kellaway, Beah Richards, Roy Glenn and Isabel Sanford being wonderful too.

Story – The story here follows a new mix race couple that are happily in love, preparing to get married, only when they meet each other parent’s they will face new problems are seeing both sides not behind their relationship, needing to show their love with beat out any racial conversations. We have a story here that for the time of release, would have been a real conversation people had, while the racial divide had shrunk, people would still be left disapproving of certain things, including relationship between two. The way this story unfolds, is showing how the people involved are still doing marriage the correct way, while showing love can turn heads, change minds and make people happy, dealing with plenty of the everyday problems which shouldn’t be a problem.

Settings – The film does use the setting, which is mostly the Drayton house, to show the privileged life that Joey has come from, which can reflect on her family’s mindsets.

Scene of the Movie – Matt’s speech.

That Moment That Annoyed Me – Nope.

Final Thoughts – This is a brilliant drama that shows how racially relationships can bring a problem to people who were too shallow to accept changes, with some of the best performances in of the era. 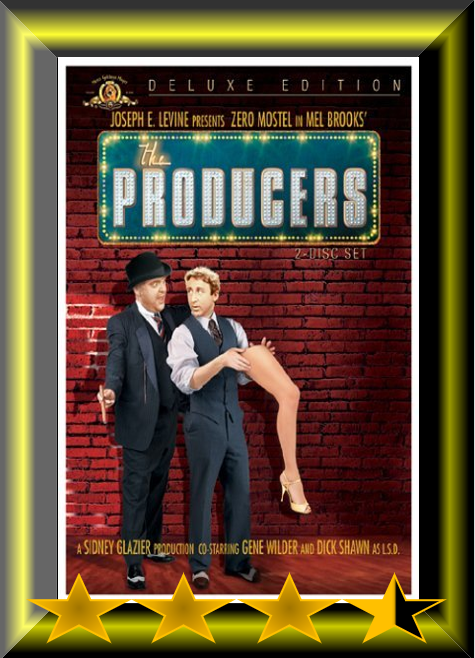 Tagline – Once upon a time there was a Broadway producer…who met a “creative” but timid accountant. Together they concocted the most outrageous $1,000,000 scheme in the annals of Show Biz.

Story: The Producers starts with Broadway producer Max Bialystock (Mostel) who was once one of the biggest producers around, now he is facing hard times and potential financial ruin, until his accountant Leo Bloom (Wilder) poses the idea of producing a flop play, while creating the funds that would see him pocketing the rest.

Max and Leo become producer partners, pick out the play to produce, one that is bound to fail and set up to make the play Springtime With Hitler, the two must go out to make sure the play flops so they can make out with the fortune they dreamed off.

Thoughts on The Producers

Characters – Max Bialystock was once one of the biggest producers on Broadway, he is facing financial ruin now, using his charm to trick older ladies into giving him money and uses his accountant to help make a fortune, he will always find a way to make things worse, as he is looking to produce the worst possible play. Leo Bloom is an honest accountant that believes you could make a fortune, by making a terrible play on Broadway, this does make him a producer even if he lacks the flair Max has to put the money behind the scheme. While most of the film circles around the pair, we do meet the German writer, the elaborate director and the new star of the play.

Performances – Zero Mostel does bring us a character that is truly in the mindset of the producer that we could see doing whatever he wants to get the money he wants, while Gene Wilder can turn a switch from clam to loud in an instant.

Story – The story here follows to Broadway producers that go in search for the worst possible play in an attempt to make millions from the benefactors, which looks like a flawless plan. This is a story that does show how producers could do something illegal to make sure they get rich, which does see them push the limits of criminal actions. This is a story that does play into stereotypes that would be questioned a lot now, though part of that is meant to placed on the story being told.

Comedy/Music – The comedy in the film does feel like it has dated in a way that would have worked at the time, but now the jokes would come off too offensive.

Settings – The film does use the settings that you would see producers around, it shows how they would operate and how they would need to get onto the big stage. 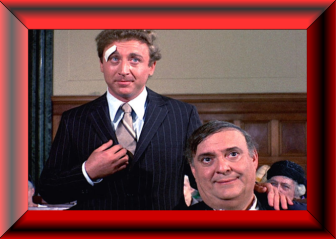 Scene of the Movie – The intermission.

That Moment That Annoyed Me – The jokes don’t work anymore.

Final Thoughts – This is a smart idea for a film, it is one that has seen the jokes date badly, though the concept is one that could only work in the era the film is set.