Tagline – We all have a voice. Just be careful how you use it.

Story: Hot Air starts when Tess (Russell) heads to New York City to find her estranged Uncle Lionel (Coogan) a right wing talk show host. While Lionel isn’t happy about Tess turning up on his doorstep, he reluctantly lets her stay because she has nowhere else to go, he even offers her a job, while he gets used to being in the city.

As Tess learns about Lionel’s show, she starts to question why he speaks and act the way he does, shooting down everyone he goes against his right wing opinions. 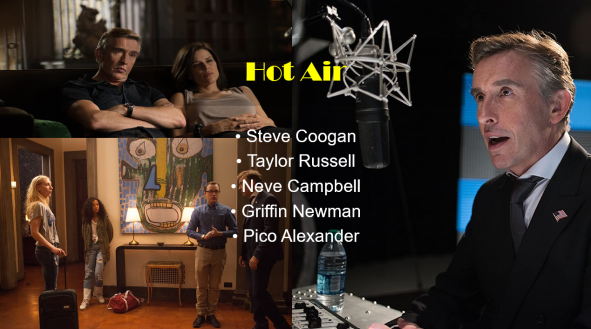 Characters – Lionel is a right wing talk show host, he will put anyone back in their place, if they go against his beliefs. He has become distant from his family and his ruthless attitude sees people working in fear of him. He isn’t interested when his niece comes to visit him, seeing him being the only family member left in her life, he opens up to her unlike many other people, while seeing his career needing saving from a younger rival. Tess is the 16-year-old niece who comes to Lionel, her uncle, as her mother has checked into rehab, she has a brilliant future at her feet, with her intelligence, being something that Lionel shows more respect for than most people around him. Val is the partner of Lionel, she supports him and is the one that will talk him into letting Tess stay around, giving Tess the family experience for the time together.

Performances – Steve Coogan is great in the leading role, he brings to life a character that isn’t afraid to stop before saying something controversial. Taylor Russell is filled with the innocence nature through the film, it helps her shine in the film too. Neve Campbell does hit the support role well through the film to complete the cast well.

Story – The story here follows a 16-year-old girl that turns to her Uncle while her mother is in rehab, the two have never met and now have a strange relationship, which sees the walls to his brutally honest lifestyle, while she is constantly trying to remain strong through the difficult situation in her life. This is a story that focuses on the importance of family and how no matter how distant they are, they will find a way to be there for you. It isn’t the most original in how everything is presented, but is an easy watch for a story.

Settings – The film is set in New York, which in the eyes of Tess is big and new, filled with opportunity, a chance of something great.

Scene of the Movie – Still my show.

That Moment That Annoyed Me – Not enough is made of the first meeting.

Final Thoughts – This is a by the book drama, but one that is elevated by the performances of Coogan and Russell, with the heart piece on celebrating family. 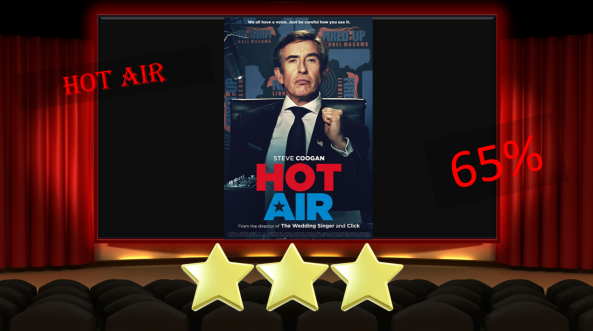