Plot: Hot-shot Hollywood agent Matthew Blake has a dark past. He thinks that he is on his way to a double date with his oldest friend to a new Escape Room in Los Angeles. When the couples are locked into the Escape Room, Matthew quickly finds himself at the center of a revenge plot meant to right the wrongs of his past, with deadly results.

Story: Escape: Puzzle of Fear starts as Matthew (Nash) welcomes his old friend Tyler (Gooding), ex-girlfriend Angela (Michaud) for a get together, to meet his new girlfriend Brittany (Reynolds), with the idea of heading to an escape room together.

The four are joined by other guests on the escape room for a detective inspired one, that starts to take a unique twist which will become a fight to escape alive. 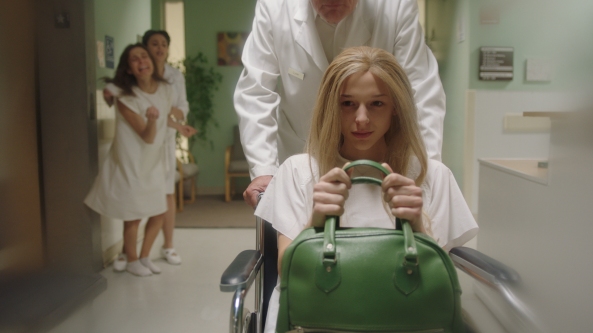 Thoughts on Escape: Puzzle of Fear

Characters – Matthew is the agent who is having a reunion with one of his best friend, he comes off friendly to strangers, always looking to charm to get him through life, along with old stories with his friend. Tyler is the old friend that is now married to Angela, between the two they are always arguing, while both trying to remain relevant to Matthew’s life. Brittany is the new girlfriend that has a distressing past, one that haunts her, while getting to enjoy being involved in an escape room.

Performances – Tommy Nash is the highlight of the film when it comes to performances, while nobody else is bad, they do a good job through the film, it is Nash that makes us want to see more from his character.

Story – The story here follows four friends that enter into an escape room, one that has a huge reputation that soon becomes a battle to survive. While this does use the very basic ideas of an escape room, we dive in a very different direction with how the story unfolds. This story does have a very clever twist involved in the story that constantly keeps us guessing along the way, it seems to focus too much on the importance of the escape room side of the film, which seems to be used to lead us in the wrong direction.

Thriller – We are kept wondering to what is happening in the Escape Room and with the characters involved.

Settings – The film uses two main settings, first the luxury house, which is used to show Matthew and his wealth, with the second location being the escape room, which is designed wonderfully well, to create the rolling movement of a criminal case unfolding.

That Moment That Annoyed Me – Certain side of the film doesn’t feel as important when things are done.

Final Thoughts – This is a twist filled thriller that uses the escape room as a backdrop rather than a main event, which does work in giving us more shock to the story.

Plot: Based on “The Little Broomstick” by Mary Stewart, a strange flower grants a girl magic powers.

Story: Mary and the Witch’s Flower starts as Mary moves to live with her Great0Aunt Charlotte outside of a forest, Mary being interested in learning more after being told she can’t help around the house, head into the forest to follow two cats, which lead her to some mystical flowers, left from an incident with a witch in the past.

The flower takes Mary to the witching school run by Madam Mumblechook who shows her around school including meeting the genius Doctor Dee. Mary will learn that Madam Mumblechook is trying to locate the flower which will give her the greatest power in the witching community, with only Mary being able to learn the power to fight back.

Thoughts on Mary and the Witch’s Flower

Characters – Mary is a clumsy young girl that is getting used to living in a new village waiting for her parents to arrive, she just wants to stay busy, which sees her heading into the forest finding the secrets of a witch, which will put her to battle against an evil mistress that wants to flowers that grant power to witches. She must learn her place in the world and who is worth saving with her new power. Peter is a young boy from the village that wants to be friends, only to find himself being used as a hostage from the evil Mumblechook. Madam Mumblechook runs the school, which is for witches from across the world, she is looking for ultimate power and is waiting for the return of the mysterious flower with that extra power. Doctor Dee is using the science in the world to mix with magic to gain the new power that is being searched for by Mumnlechook.

Story – The story follows a young girl that finds herself transported to a world of witches, which ill give her new powers that she must learn to control to stop an evil force from trying to use the power to take over the witching world. this is adapted from a Mary Stewart book, which does give it a western feel with an Eastern style which does show how the storytelling can be combined to make an enjoyable story of learning about extra power in the world. when it comes to the witching side of the story everything is easy to follow and never feels like the threat is as big as it could be, which is a shame, but it is family friendly which is unlike the usual for a Japanese animated styled movie.

Settings – The film uses a couple of main settings, the first is the new country home that Mary is living in, one that she isn’t used to, while the other world in the fantasy witching world.

Animation – The animation being used in the film does have the look which does make it feel slightly older in style, rather than being on the level of the modern day animations that we are used to seeing.

Scene of the Movie – Reverse the spell.

That Moment That Annoyed Me – The threat doesn’t feel that big.

Final Thoughts – This is an entertaining animation with plenty going on within the story, it is one that can be enjoyed by all.

Overall: Animation that puts a spell on you.

Synopsis Based on the astonishing true story of a teenage German solider whose sadism would eventually earn him the nickname of the Executioner of Emsland. The Captain picks up two weeks before the end of the war. A petrified soldier, fleeing military police, finds a Nazi captain’s uniform to wear and avoid execution. Thus disguised and high on the terrifying charisma of his clothing, he invents a secret mission from the Führer and embarks on a brutal odyssey of torture and slaughter.

Synopsis A heart-warming family drama starring Claire Danes (Homeland), Jim Parsons (Big Bang Theory) and Octavia Spencer (Hidden Figures, The Shape of Water). Husband and wife, Alex and Greg, are approaching a crossroads that is all too familiar to New York City parents – finding the “right” primary school for their son, Jake. Aware that Jake has the potential to be a candidate for a scholarship at a private school, Jake’s preschool director Judy, a trusted friend of the family, encourages Alex to mention Jake’s “gender expansive” play in their applications. Despite some initial misgivings, Alex and Greg take Judy’s advice. But as the process continues, Jake’s behaviour becomes increasingly erratic and perplexing, and the question of what’s really going on with Jake starts to create a rift between the two parents.

Synopsis: Heart-warming comedy starring international sports superstar Dennis Rodman. A talented team of basketball players made up of little people enters a tournament to help a teammate’s son go to college. Minis is a fast break to fun for the entire family affirming that no dream big or small is ever out of reach!

Synopsis: As Nazi Germany overtakes Poland, a successful doctor Artur Planck (Joseph Finnes), his wife Clara, and their daughters search for shelter. Finding refuge at a rural farmhouse, the woman hiding them brings with her a temptation that engulfs the couple she is protecting With a horrific war at their backdrop, Artur, Clara, and Emilia find a complicated love in a time of life and death.

Synopsis Timothy Olyphant (Justified) stars in this high-octane, witty and visually arresting crime caper. A handful of drug-addicted petty criminals discover their plan to pull off the perfect crime isn’t quite perfect at all in this dark fusion of comedy and action. 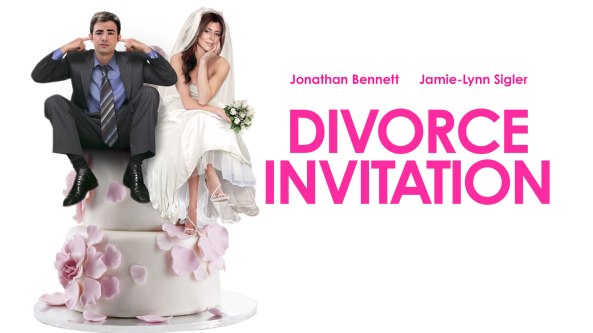 Synopsis: Elliott Gould (Schitts Creek), Jamie-Lyn n Sigler (The Sopranos) and Jonathan Bennett (Mean Girls) in this feel-good rom-com. After getting married, Mike runs into Alex, his high school sweetheart, and realizes Alex is his true soul mate and they belong together. Mike wants to be with Alex, but he signed an ironclad prenuptial agreement and cannot get a divorce.

Synopsis: The hilarious LOST IN LONDON is a first-of-its-kind film event which was filmed and screened live simultaneously in select cinemas around the world. The film is loosely based on Woody Harrelson’s tabloid-worthy and crazy London night-out resulting in him getting in trouble with the law. Directed and starring Woody Harrelson alongside cameos from Owen Wilson, Willie Nelson and Daniel Radcliffe, LOST IN LONDON is a crazy trip in the streets of London that will make you gasp and laugh in equal measures.