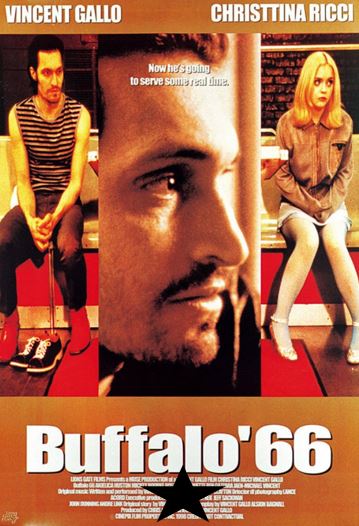 Plot: After being released from prison, Billy is set to visit his parents with his wife, whom he does not actually have. This provokes Billy to act out, as he kidnaps a girl and forces her to act as his wife for the visit.

Story: Buffalo 66 starts when Billy Brown (Gallo) is released from prison, his parents never know that he has been to prison, he heads to town where he ends up kidnapping Layla (Ricci) forcing her to pretend to be his wife when he visits his parents.

As the two are spending more time together, we learn why Billy is acting this way, why he was in prison and just what his plan is now he is out of jail.

Characters – Billy Brown has just been released from prison, he has had his own problems which led to him being in prison and it isn’t long before he goes to the extremes to impress his family. He is painted as an aggressive man that believes that woman are just objects and has built his world in lies. Layla is the tap dancer that gets kidnapped, she starts to play along with what Billy wants and even enjoy his company the more time they spend together. Jimmy and Jan are his parents that have both been either distracted or strict in raising Billy, as he wants to impress them now. The Bookie is the man that put Billy in jail as a result of the debts he owed him, he gave him a choice with jail being the only one that didn’t hurt anyone.

Performances – Vincent Gallo doesn’t bring us a very interesting character, it isn’t written well or directed to make us interested in him, he just can’t make this character work. Christina Ricci was trying to break out of the child star roles by now, this is different to what we had seen before, though she does look bored through the film. the rest of the cast struggle too, it is just poorly written to give the actors a chance.

Story – The story follows a gambler that had paid the price for his addiction and now is free, he wants revenge only he spends the time with his kidnap victim as we get to see the difficult life he has had which led him to the life of crime. Well I think that is what we are meant to be seeing, the story does drag along at an awfully slow pace with nothing much happening, trying to make us believe the two could be falling in love, though he is abusive with his actions and spends more time running around looking for a toilet than showing any sort of emotion.

Comedy/Crime/Romance – If this is meant to be a comedy, the jokes miss big time as you will struggle to get a laugh out of this film, while the crime only seems to focus on the kidnapping, which she could have escaped from with ease plenty of times, so that never feels like a threat, the romance just feels awkward for the most part of the film because there is zero chemistry between the two.

Settings – The film is set in the Buffalo area, which is meant to be about the passion of the locals, it could easily be any town with a big American football team. 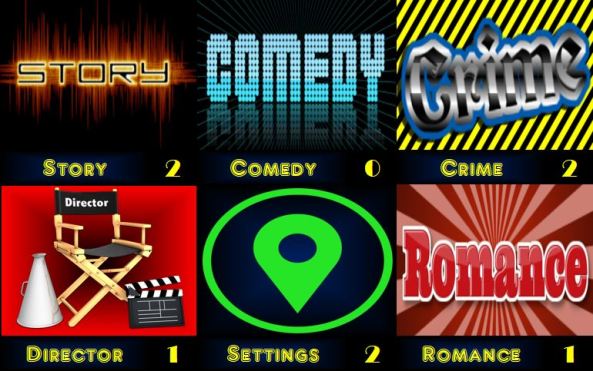 Scene of the Movie – The first look at the dinner table makes it a clever shot, until it gets boring.

That Moment That Annoyed Me – We spend more time looking for a toilet.

Final Thoughts – This is just a dreadfully dull movie that has no direction in anyway, it fails to capture any attention from the audience with a truly unlikeable main character.

This ha been placed under Y because of the wife name Yasuko. 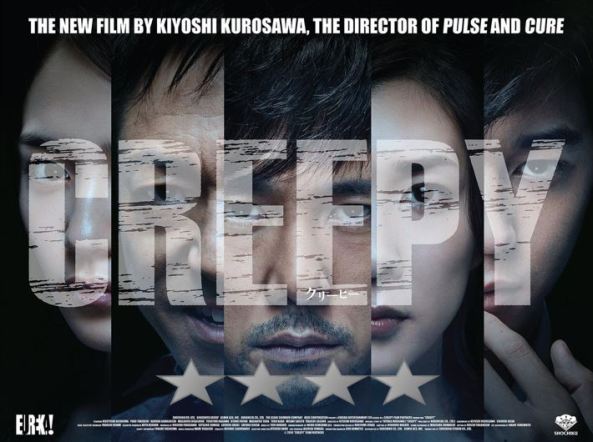 Plot: Takakura is a former detective. He receives a request from his ex-colleague, Nogami, to examine a missing family case that occurred 6 years earlier. Takakura follows Saki’s memory. She is the only surviving family member from the case. Meanwhile, Takakura and his wife Yasuko recently moved into a new home. Their neighbor, Nishino, has a sick wife and a young teen daughter. One day, the daughter, Mio, tells him that the man is not her father and she doesn’t know him at all.

Tagline – That man isn’t my father, he is total stranger.

Story: Creepy starts when former detective Takakura (Nishijima) is starting a new life with his wife Yasuko (Takeuchi), where he is working as a professor of criminal psychology at the local college. His former partner Nogami (Higashide) comes to Takakura in hopes he can help with a mysterious missing case, where a family vanished leaving only their daughter Saki (Kawaguchi) behind, while Yasuko finds out the neighbours aren’t as friendly as she had hoped with Nishino (Kagawa) coming off creepy.

As the case that Takakra is working on starts taking an interesting yet disturbing twist, Nishino continues to start acting creepier and creepier, which only becomes odder when the girl living there claims she isn’t his daughter.

Characters – Takakura was a police detective who saw his career take a tragic spin when he fails to save a victim from a serial killer, needing a change he becomes a professor of criminal psychology, moves his family away from the big city to start fresh. His skills are still wanted when his former partner comes to him for help to solve a mysterious disappearance of a family, which will only bring him back into a shocking discovery. Yasuko is Takakura’s wife, she is happy to start a new life and looking forward to meeting the new neighbours and the next step of their lie together. Nishino is the socially awkward neighbour, that doesn’t seem to be able to hold a conversation without getting creepy about it, he keeps his life secret, only opening up on the smallest details when it seems to work for him. Nogmai is the former partner of Takakura, who asks him for help with the latest case doesn’t seem to offer any answers, which will opening up the old version of Takakura who proves himself to be brilliant detective.

Performances – Hidetoshi Nishijima is wonderful in the leading role, which sees him caught between a new life or the old one he was successful in, Teruyuki Kagawa is truly disturbing in his role which will make you feel uncomfortable whenever he is on screen. Yuko Takeuchi is great to watch in her role which sees her caught in the middle of everything going on.

Story – The story here follows a former detective that starts teaching, only to find himself drawn back into a case which might have a connection closer to home for him. This is a story that does take a little bit of time to get going because we do get a clear path we are heading down, but start following two different stories that will connect. The story does become very dark though which is intense to watch to see just what the serial killer has been up to and his plan for people. It only gets upped when Takakura is left knowing the truth and being left helpless to take the killer down at times.

Horror/Mystery – The horror in this film comes form seeing just what the serial killer has been doing with a new unique way of covering up the bodies in his path, the mystery comes from seeing how a former case could become difficult to solve.

Settings – The film shows us how serial killers could operate in any neighbourhood, showing us just how they can get away for so long. 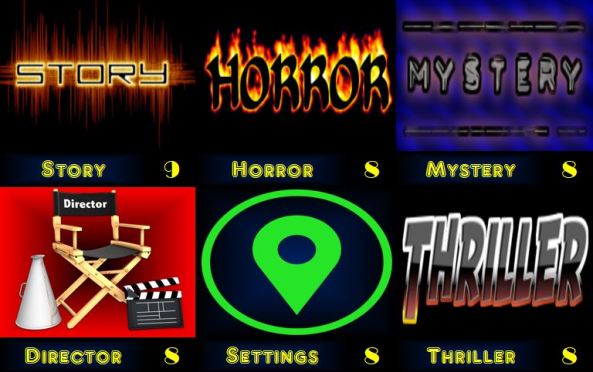 Scene of the Movie – Bag time.

That Moment That Annoyed Me – It does take slightly too long to get going.

Final Thoughts – This is one of the most creepy disturbing serial killer films you will ever see, just seeing how a cat-n-mouse battle takes over.