Plot: A faded movie star and a neglected young woman form an unlikely bond after crossing paths in Tokyo.

Story: Lost in Translation starts when faded movie star Bob Harris arrives in Tokyo to shoot a couple of commercials for a whisky, he is a fish out of water in this country, on the other side of the hotel, Charlotte (Johansson) is staying with her photographer husband John (Ribisi) who is always working, leaving Charlotte to try to find something to do in a country she isn’t used to being in.

When Charlotte and Bob meet in the hotel bar, they start to have a friendship that sums up their loneliness in the country and they support each other to have a good time in Tokyo.

Thoughts on Lost in Translation

Characters – Bob Harris is a faded movie star that can still gain a large pay check by starring in commercials, which is why he is in Tokyo, he is feeling lonely because his wife and children haven’t travelled once again, he does offer Charlotte advice about enjoying her life, but not rushing into anything. Charlotte is in Tokyo because of her husband’s work, this sees her feeling lonely as he is always work and she doesn’t know anybody else in the city, she makes friends with Bob as they start to experience the city together, she opens up about her struggle about finding her own calling in life. While Jon is the husband to Charlotte, we don’t really learn to much about him other than he is working.

Performances – The performance revolve around Scarlett Johansson and Bill Murray, they are both wonderful to watch as they show us just how talent they pair can be either alone or as a pair on the screen.

Story – The story follows two people from different worlds in America that are lost in Japan, only to find each other to keep each other company during their time in Tokyo. The story dives into the idea that being in a new country can be isolating and you will need to learn to find somebody new to help them enjoy their time in the country, it does show you can find somebody new could give you a conversation you aren’t able to with friends in your life.

Settings – The film uses the setting of Tokyo which shows just how difficult it can be to find yourself in a country where you have never visited.

Scene of the Movie – Karaoke

That Moment That Annoyed Me – It is just slow.

Final Thoughts – This is a life drama that shows us just how important communication is to the everyday life in a new country. 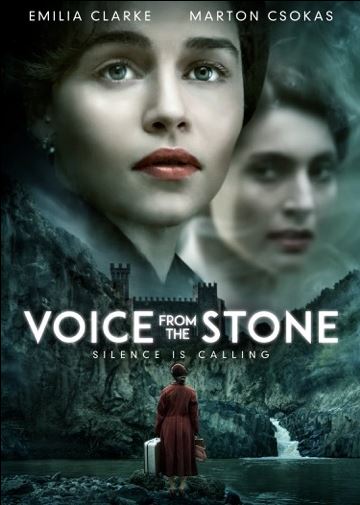 Plot: Set in 1950s Tuscany, Voice from the Stone is the haunting and suspenseful story of Verena, a solemn nurse drawn to aid a young boy who has fallen silent since the sudden passing of his mother.

Story: Voice from the Stone starts as we meet Verena (Clarke) a nurse that goes from house to house to try and help children that are struggling with problems, her latest job takes her to Tuscany to help Klaus (Csokas) with his son Jakob (Dring) who hasn’t spoken since his mother’s death.

When Verena learns that, Jakob believes he can still communicate with his mother, the case takes on a new direction for her, as she must learn to accept thinking outside of her believed reality for the answers to what is hold Jakob back.

Thoughts on Voice from the Stone

Characters – Verena is a nurse, she is an expert in helping children with problems, her latest job takes her to Tuscany to help a young boy who hasn’t spoken since the passing of his mother. She doesn’t believe in any of the afterlife but must now learn to accept it in this latest case. Klaus is the father of the boy, he an artist and grieving in his own way, hoping to get his son to talk once more. Malvina is the mother that has passed away, she hasn’t remained away though communicating with Jakob through the wall, holding him back, she must get pushed into the afterlife for the family to move on.

Performances – Emilia Clarke is the biggest selling point of this movie, having one of the most beautiful women in the world, one of the most famous television characters, here she does get to show her serious side, but never reaches the levels we know she could. Marton Csokas is one of the good performers in the European mysterious men roles, here he is no different showing us why he is always picked.

Story – The story here does get caught up in two minds, the first is just a young nurse trying to help a sick child get over the grieving process, this should be a good enough story, but we get thrown into a mystery about why his deceased mother is talking to him through a stone, while this does have a kicker of a twist and never reaches the true levels of mystery to make us satisfied with how it ended or how we got there either.

Mystery – The mystery does fall flat by the end of the film, because we get part of an answer but not the complete answer.

Settings – The film does have beautiful settings outside of the house, we get to see moments of stunning scenery from the Tuscany location. 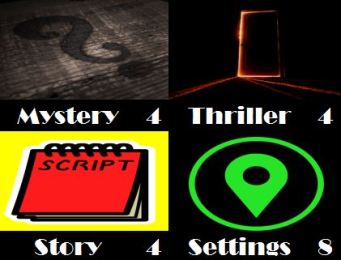 Scene of the Movie – Pose for me?

That Moment That Annoyed Me – The ending doesn’t seem to make sense.

Final Thoughts – This is a slow moving mystery thriller that does make you want to see where things go, but in the end things don’t click to make sense to where it should all be.

Overall: Mystery that lacks the punch.

Plot: Patricia Woodhouse has been estranged from her sister for quite a few years due to a family feud. Suddenly she receives a letter detailing the sudden death of her sister Susanna Baylock, Patricia returns to pay her respect where she meets Annabel Blair (Susanna’s help). Annabel informs Patricia that she has now inherited the Baylock residence, but something isn’t right with this house it’s harbouring a very old secret, one which Patricia needs to learn before it’s too late.

Story: The Baylock Residence starts in England 1944, with the war still raging on, when Patricia Woodhouse (Goudie) gets a letter to return home after years away, her sister Susanna (Henson) has just passed away, with one the help Annabel (Kordas) filling in the news about property.

Spending time in the house, Patricia remembers the horrors which drove her away, even if she starts getting drawn back towards those horrific ways, can she stop the horrors before it is too late. 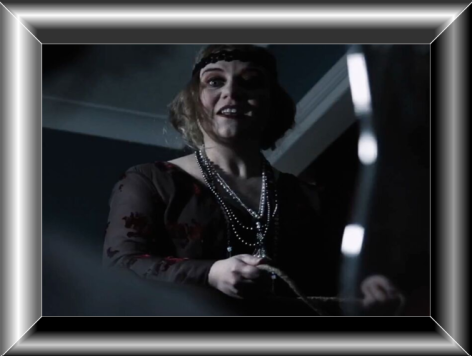 Thoughts on The Baylock Residence

Characters – Patricia Woodhouse left this house years ago, she is drawn back during the war after her sister’s death, she wants to start a new life here, because the war has taken nearly everything else from her, but the past she spent so long trying to forget has come back to haunt her, as she looks for the truth of her sister’s death. Annabel is the help around the house, she stays after Patricia requests for her to stay and help her with the transition, she does help fill in about the past, including what happened to Susanna. Susanna is the sister that has passed away, we are left to wonder what caused her death.

Performances – Kelly Goudie in the leading role isn’t the strongest leading lady, when it comes to the reaction or horror scenes, we don’t get anything bad, it’s the everyday moments which come off flatter than they should do. Sarah Wynne Kordas is the only other main cast member that does everything needed without getting the best scenes.

Story – The story here follows a woman that returns to her home after years away to deal with a family loss, only to learn that the house has a bigger secret that hasn’t been unlock just yet. This is story that plays into the idea that your past can hold answers no matter how hard you look to forget it, it does also play into the ideas that a family can have secrets which will only disturb. The pace of the story isn’t the most convincing, with large amounts of the film being stuff happening behind characters most notable Patricia, we also end up teasing an idea to what is happening, only it just gets forgotten which would have added extra dimension to an abuse victim. The war time theme doesn’t help because the same story could easily happen at any other era too.

Horror – The horror in this film comes from how Patricia is struggling with the visions that she is having, not being able to balance reality with supernatural.

Settings – The film is set within the one house, which doesn’t look time accurate from the outside, it does show how the family home can be reunited from tragedy.

Special Effects – The film does use effects sparely, when they are used they do add an element to horror in the film.

Scene of the Movie – The secret room.

That Moment That Annoyed Me – The non-horror moment conversations feel out of place.

Final Thoughts – This is a horror thriller that does have moments of strong tension, only it doesn’t keep this up for long enough to make us what to learn the truth.