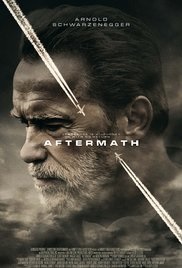 Story: Aftermath starts as construction worker Roman (Schwarzenegger) is looking forward to the arrival of his wife and pregnant daughter from Kiev for Christmas. Making himself extra smart with flowers at hand he arrives at the airport to find the flight delayed but there is no good news, the plane was involved in a tragic accident killing both his wife and daughter.

On the other side of the story flight controller Jake Bonaos (McNairy) leaves his wife and son to arrive at work that very same day, on a night shift where he finds the himself distracted trying to fix a phoneline as two planes collided mid-air, the same flights that had Roman’s family on.

Both men’s lives are completely shattered, Roman broken, alone and spending days and nights at the cemetery. While Jake is branded a murderer by the public finding it impossible to function or being the husband and father he needs to be.

With the airline company waving money in Roman’s face to stop them being sued and Jake on the verge of suicide brings us to one year later where both are still living in the tragedy but both are attempting to move on.

Characters/Performance – Roman is a hard-working construction worker, he has work long hours to make sure his family can move to live with him in America, when he loses them his life is shattered but all he wants is an apologise not the airlines money. Jake is a flight controller who makes an honest mistake that cost the lives of everyone on the flights, his life is ruined, he loses his family, his job and must change his name and start again, living the rest of his life with regret.

Performance wise, Schwarzenegger is brilliant in this role where is he no action hero, he is an everyday man that loses everything, this is by far one of his best acting performances of his career. Scoot McNairy is also fantastic in this role showing just how capable of an actor he is.

Story – The story is based on a real incident that followed a mid-air collision but turned into an American story for it to unfold in. This story is very powerful because you are now left to wonder just what would happen if you were in either of these men’s shoes. The story also isn’t just a revenge film it follows these two men trying to rebuild their lives after what happened and mostly just wanting a human response from somebody involved.

Thriller – From the moment this film starts you are left to wonder from the edge of your seat to where this film will go.

Settings – The settings used through the film focus on making both our main characters feel like everyday people whose lives have been ruined by the events which is all you need from the film.

Final Thoughts – This is one of the best and most intense slow burning stories you will see this year. The performances are fantastic as well as being one of the most interesting stories out there.

Overall: One of the most powerful stories you will see this year.

This round we have had an excellent selection of Favourite Video Game Adaptation but just which one was the most popular? 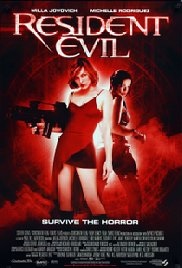 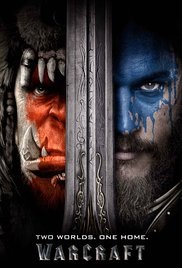 Choice – Final Fantasy: The Spirits Within 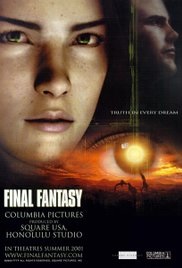 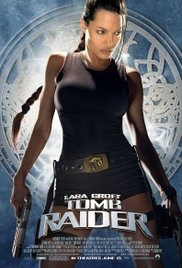 If you want to take part in the next round, we are looking at favourite Car Chase. 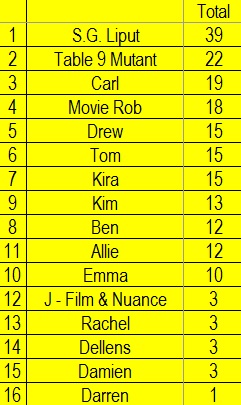