Plot: At a home for retired musicians, the annual concert to celebrate Verdi’s birthday is disrupted by the arrival of Jean, an eternal diva and the former wife of one of the residents.

Story: Quartet starts as we head to Beecham House retirement home for musicians, where Reggie (Courtenay), Wilf (Connolly), Cissy (Collins) are preparing for their latest show for Verdi’s birthday with director Cedric (Gambon). We follow their everyday life at the home before an icon of their industry Jean Horton (Smith) arrives causing old wounds to be opened for Reggie.

The four must rebuild their friendship to bring their once famous quartet back to the stage for the concert, but some bridges are harder to build for Reggie compared to the others, can they forgive and forget before the concert.

Characters – Reggie is the calm member of the quartet, he has lived in the home for a few years with two of his former members Wilf and Cissy, he conducts himself well and teaches when the students visit, but his life is pushed when his ex-wife arrives leaving him resenting being there needing to learn how to forgive his former love. Jean is the biggest name from the former quartet, but now she is left alone in the world needing to get used to her new environment, where she is forced to come out of retirement for one final recording. Wilf is a horny former musician, he flirts at every opportunity, he gets the funniest lines through the film because he knows how to use his charm to enjoy the moments in their lives in the home. Cissy is the absent minded member of the group, it is her age getting to her but Reggie keeps her mind in the right track when needed to be directed the right direction.

Performances – Maggie Smith is great in this role, this great British actor shows she can handle any role with grace and ease. Tom Courtenay is great too being the strong leading role where he shows the dignity his character requires. Billy Connolly is the perfect choice for the added comic relief of the film, he gains a laugh in nearly every scene, even the serious ones you know he can pull off the laugh needed. Pauline Collins rounds off the leading quartet and she is great throughout the film too, the cast gives us everything we want from their performances.

Story – The story shows how the once respected performers reaching the retirement age, will need to find something to do in the retirement home to continue their love of music. The main group we follow have their problems between them but to have that one final moment in the spotlight drives them all to perform. The four have sacrificed during their lives to be known as the best, including families which they regret at times but wouldn’t give up what they achieved in their limelight.

Comedy – The comedy comes from how Wilf looks at life and the everyday life within the retirement home.

Settings – Most of the film is set in and around the retirement home, this shows us how the members are still enjoying life, now with like-minded people in their later years.

Scene of the Movie – The performance building.

That Moment That Annoyed Me – While funny, sometimes Wilf is just seemingly there for comic relief.

Final Thoughts – This is an enjoyable light hearted comedy drama showing us just where people can be enjoy their passions at any stage of their life.

This week Rob challenged me to this Oscar winning film.

Plot: A Polish Jewish musician struggles to survive the destruction of the Warsaw ghetto of World War II.

Story: The Pianist starts Warsaw 1939 we see pianist Wladyslaw Szpilman (Brody) playing piano as the bombs hit the town, his family is planning on running and Wladyslaw refuses to go as war officially starts with Britain and France joining in with Poland. With the German’s taking over Warsaw Wladyslaw finds his Jewish beliefs being band across the city as his new romance with Dorota (Fox).

The German’s continue to take over Warsaw as the Wladyslaw family is relocated and offered a chance to have his time suffering reduced. We see how the Jews are being treated and how they want to stand up for themselves. When Wladyslaw get saved by an old friend his family is left to be sent to the chambers leaving Wladyslaw to wonder the ghetto alone going past bodies abandoned on the floor.

Wladyslaw continues to work as a labourer while the German continue to execute the members of the community and somehow Wladyslaw isn’t getting picked but loses his recently made friends. We see how he survivors the whole war with help from different people including a music loving German Captain Wilm Hosenfeld (Kretschmann).

The Pianist is one of the most difficult movies to watch because it shows the reality of one of the worst times in human history. We all know the suffering that was put on people during the war which puts all of us in a shocked mood. This does follow only one man’s fight to survive even though he loses everyone he cares about. I think this is perfectly told mixture the desperate side of the story with the pure brutality of what was going around him. (10/10)

Adrien Brody: Wladyslaw Szpilman is the man behind the story, he is a respected Jewish pianist that gets trapped with his family in Poland at first before being separated from them. We watch how he made it through the war in hiding having help from a range of different people along the way. Adrien gives an Oscar winner performance that he fully deserved. (10/10) 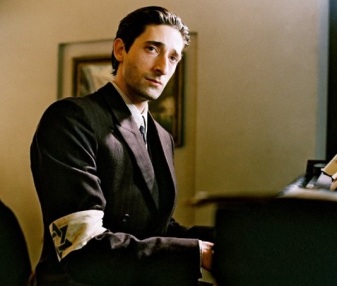 Support Cast: The Pianist has a massive supporting cast that shows how many people were involved in the survival of Wladyslaw, most of which didn’t make it.

Director Review: Roman Polanski – Roman gives us a brilliant film that should be seen by everyone. (9/10)

Biographical: The Pianist tells the amazing story of Wladyslaw survival. (10/10)

War: The Pianist shows the reality of the war without going into the battles scenes. (10/10)

Settings: The Pianist creates a brilliant setting that makes you feel like you are in the time period. (10/10)

Suggestion: The Pianist is one that everyone should watch by everyone once. It may well be difficult by once viewing is important. (Watch)

Tagline: Music was his passion. Survival was his masterpiece.

Overall: Shocking but important film that shows just how hard surviving would have been.