Plot: Brutal gangster Don Logan recruits “retired” safecracker Gal for one last job, but it goes badly for both of them.

Story: Sexy Beast starts as we meet retired safecracker Gal (Winstone) living the life of luxury in a Spanish villa which he enjoys relaxing by the pool enjoying his retirement. His retirement is put to the test when brutal gangster Don Logan (Kingsley) arrives in Spain to try and force him into doing one more job for him, he won’t take no for an answer.

Reluctantly taking the job, Gal returns to London and as most heist style movies, things don’t go to plan.

Characters – Gal was once the go to safecracker, now he is in retirement in Spain loving his life in the sun with his pool and friends, he has zero interest in returning to the game even after Don Logan pushes him. He stays relaxed through each scene because he knows his answer will always be no. he does reluctantly return for this last job mostly to get rid of Don. Don Logan is the brutal gangster, he knows who he wants for the jobs and this time it is Gal, he will not take ‘No’ as an answer, he will get violent and his outbursts will be the things you remember the most. Teddy is the man that the job is for, a fellow gangster that wants the best men for the job. DeeDee is the wife of Gal, she will stand by Gal in every decision even after the endless insults thrown their way.

Performances – Ray Winstone is great in this leading role, he is the perfect choice for a cockney criminal who knows there is a better life out there away from London. Ben Kingsley clearly steals every single scene in this movie with his performance that is filed with so much anger and aggression, you won’t be able to take your eyes off him. Ian McShane is great too where he brings us a calmer gangster who is also filled with anger. These three take most of the spotlight away from any other performers in the film.

Story – The story follows a retired criminal that gets forced to return to the game for one final job by an aggressive gangster, where this film does stand out from the other films in this genre, is that our hero Gal is 100% not interested in returning as most film give us the idea of ‘ok, I will do it’ on an easier formula. The story does have a nice twist on how things go and gives us the characters we could believe are from this world. if you are looking for a heist storyline, you will be disappointed though as this film focuses on the idea of getting the man to do the job.

Crime/Thriller – The crime world we enter giving us gangsters which will not take no for an answer, we don’t learn enough of their previous lives in the world though, only going on reputations.

Settings – The film uses Spain for the setting which gives us the retirement feel for a Brit to take, the sun increases the idea of the heat in the scenes.

Scene of the Movie – The heated argument.

That Moment That Annoyed Me – The lack of heist action.

Final Thoughts – This is a true British crime film, it has great characters and a stunning performance from Ben Kingsley.

Plot: A young boy attempts to convince a woman that he is her dead husband reborn.

Story: Birth starts by having Sean (Desautels) jogging before having a heart attack and dying while also showing a baby being born. Move forward ten years and we see Anna (Kidman) visiting Sean’s grave with her new fiancé Joseph (Huston). To celebrate the recent engagement the couple are having a party, but for some reason one of the guests Clara (Heche) hides her present before replacing it. The party going on a young boy (Bright) is waiting in the lobby.

The young boy Sean enters into the house to talk to Anna explaining that he is Sean her dead husband and not to marry Joseph. Trying to get the interruption to stop Joseph confronts Sean’s father Mr Conte (Levine) and between the three adults they repeatedly tell Sean to stop pestering Anna before going the separate ways. When Sean collapses after this Anna starts to give the thought a second think.

The Conte’s try to figure out what could be wrong with their son but Sean continues to try and contact Anna and to meet up in the park. Anna decides to meet him and when Sean knows where to go he asks to meet the old Sean’s brother in law to answer questions. The questions asked bring a startling realization that Sean does know too much for it to only be research, Anna wants to get to the bottom of this once and for all while both families don’t know what to make of the situation.

Anna comes up with an idea to figure out about this Sean but with the more time spent together the closer they get leading to Joseph showing his true colours and Sean’s original best man Clifford (Stormare) coming in to try and help find out the truth. We are left to wonder just who wants to believe the truth along with what is the truth.

Birth is a romantic thriller that really pushes boundaries, first it deals with actually having to let go of a true love before eventually dealing with the idea that you could never get over it. It does have a spoon feed finish which does leave it coming off short but it does keep you wondering throughout. It doesn’t feel as open as it could because the ending pretty much tells us the truth, but it also never really address the problems the boy could actually be having with a potential delusion. The idea of everlasting love is good and really does make you want to see it but this feels very much taboo because of the ages which gives the film an awkward feel throughout too. (5/10)

Nicole Kidman: Anna widowed lady who is about to take the her first step into marriage again, until the young boy turns up and changes her look on life after claiming to be her husband. Anna has to decide what she thinks is real or not. Nicole gives a good performance showing just how hard it could be to let someone go. (7/10) 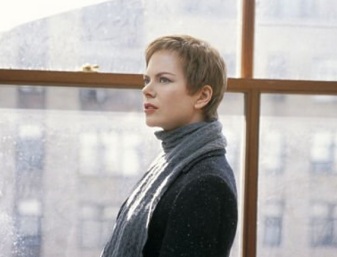 Cameron Bright: Young Sean a little boy who claims to be the dead husband of Anna and he seems to know too much to be making it up but is he really the man reborn or just making up a farfetched story. Cameron showed why he was getting plenty of roles as a child actor here. (7/10)

Danny Huston: Joseph husband to be of Anna who has be very patient with Anna but this little boy could show his true colours that will push him to the limits. Danny showed he is a good supporting actor here. (7/10)

Support Cast: Birth has a supporting cast that includes the family and friends of Anna who are all trying to help figure out what is going on with some believing and others not. They help move the story along because they offer advice and clues to the truth.

Drama: Birth touches onto sensitive subject with the ideas of reincarnation being real but the idea of the ages makes you have to pause about the reality of things. (7/10)

Mystery: Birth offers up a mystery that you spend most of the film trying to solve. (9/10)

Romance: Birth gives us the idea of everlasting love and how the two could have that. (7/10)

Thriller: Birth keeps you guessing to what is real as the story unfolds. (7/10)

Settings: Birth uses New York as its main setting which always makes for a beautiful setting for film. (7/10)

Suggestion: Birth is a film to try, it isn’t the greatest thriller but it does keep you guessing along. (Try It)

Tagline: A haunting thriller that will keep you guessing until the very end.

Overall: Birth is a film that tries to be a romantic thriller but ends up being a drama about who wants to believe in reincarnation or not.

Plot: A female alien comes to Scotland to replace a deceased alien. She drives a van through the roads and streets seducing lonely men to process their bodies. Soon the emotionless alien sees her human form in a mirror and she experiences the human emotions and feelings coming to a tragic discovery.

Story: With a script that could have easily been put on post it notes, the film focuses on what is going on, on camera. The story does unfold beautifully with strong use of music and clever camera work mixed in with Johansson performance. The story follows her use her seduction power to lure men to a painful death to full something, which I don’t think we learn about as we are focusing on the alien’s trip around Scotland. It shows how she learns about the humans and even grows to sympathise with them as she sees how they treat each other. (7/10)

Scarlett Johansson: The Alien the beautiful alien going around looking for lonely men to take back to her seduction area, where they are sucked into some sort of goo. Once she sees her human form she starts to wonder what she is doing is right but this could be her downfall. Brilliant performance from Scarlett who grabs your full attention with her performance, as you just want to know what she will do next. (9/10) 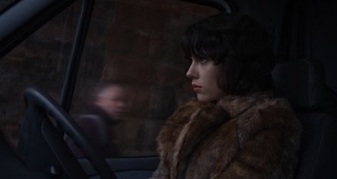 Director Review: Jonathan Glazer – Great direction turning what could be an over the top film into a lovely art house piece that makes you think while giving your full attention to the screen. (9/10)

Sci-Fi: Great use of the genre with moments that don’t go too in depth but other something new to the ideas of an alien visit. (9/10)

Thriller: Pulls you write in from the first moment to the last. (8/10)

Settings: The setting of Scotland gives some beautiful scenery but it is the craft or transformation location that really stands out. (8/10)
Special Effects: Good special effects with the seduction scenes. (8/10)

Suggestion: This really is one for the film fans, but the casual fans may find this difficult to watch, but trying it will be rewarded. (Try It)

Kill Of The Film: The victims of the seductions.