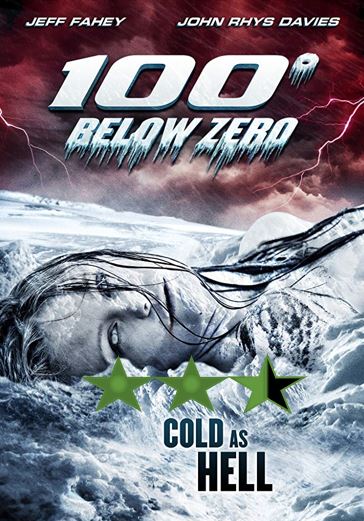 Plot: When a chain of volcanic eruptions rips through Europe, the enormous ash cloud blocks out the sun, plunging the continent into a new ice age. An American couple must find their kids and get them out of Paris before it freezes over.

Story: 100 Degrees Below Zero starts when a chain of volcanic eruptions in Europe cause planes to be grounded, Steve Foster (Fahey) is flying his new wife Lacey (Fekete) to meet his kids Taryn (Lane) and Ryan (Ewins) who are living in Paris for school, needing to land in London, Steve must find his own way to Paris. Dr Goldschein (Kamaras) and Colonel Ralph Dillard (Rhys-Davies) must prepare for the chain of events which will see Europe covered snow for a potential two-year long event.

Steve being a former military man turns to Colonel Dillard who offers to help if he can arrive at a certain location within the time limit before the ice age hits.

Thoughts on 100 Degrees Below Zero

Characters – Steve Foster is an ex-military pilot, retired he is trying to get to his children in Paris, with his journey taking him from London, he has a new wife who will be meeting his kids for the first time. He will use his connections to get across the water however difficult the journey will be. Taryn and Ryan as the children of Steve’s they will be meeting their new step-mum for the first time and after the disaster starts, they must stick together to figure out how to survive, with Ryan seemingly falling over more than any normal person. Colonel Ralph Dillard is dealing with the events from a military side, preparing for the worse and helping his old friend.

Performances – Jeff Fahey is good though he doesn’t have much too do other than drive and talk a lot. Sara Malakul and Marc Ewins will get you laughing at the characters decisions and at times their over reactions to the earthquakes hitting Paris. John Rhys-Davies gets to do talking too, never really being challenged as an actor.

Story – The story puts our characters in different countries as a major disaster strikes Europe and the race to survive takes place. so, this is a disaster movie with a story that is wildly over the top and for the most part it works for anyone that enjoys a slightly trashy disaster movie, the story is basic enough to follow and while moments will make you laugh, we do get to enjoy what we are seeing. You will have to watch this with a loss sense of realism because this is one that never takes things as seriously as they should be and you never feel the true scale of the event happening, we also are just accepting what happens, with one story arc just seems to be forgotten half way through the film.

Action/Sci-Fi – The action comes from the disaster sequences which are destructive for any film like this, the sci-fi ideas comes from just where the disasters can go for the wildly over the top.

Settings – The film keeps us in a couple of main locations with the Paris location showing most of the destruction and the journey being anywhere that is snow covered. The location show the distance the characters must travel, which is understandable if you know how far apart they are.

Special Effects – The effects in the film are low budget, certain ones are bad, but this is a low budget movie that was made for next to nothing, we don’t need the best effects to be entertained. 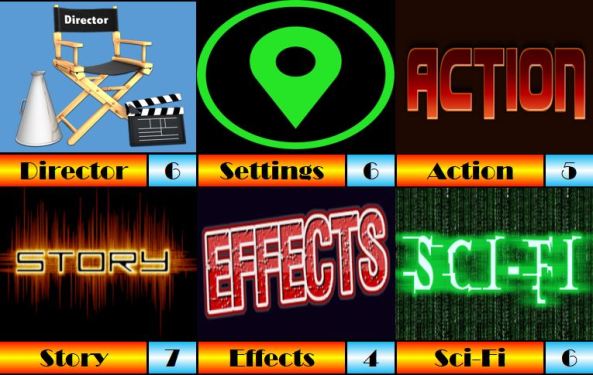 Scene of the Movie – The giant snowballs made me laugh the most.

That Moment That Annoyed Me – Taryn and Ryan are easily the stupidest people you will ever meet.

Final Thoughts – This is a film that you will enjoy if you like the disaster movies, you don’t take them too seriously and can just switch off and enjoy the ride.

Overall: Switch off and enjoy. 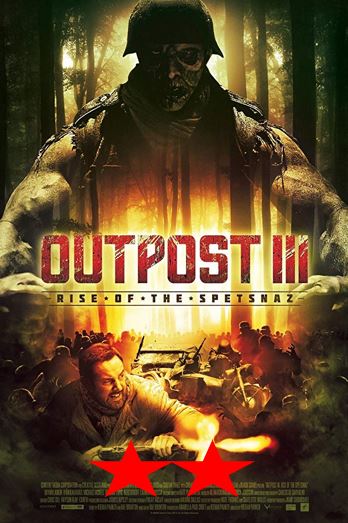 Plot: In this third installment of the hit Nazi Zombie action horror movie, Outpost: Rise Of The Spetnaz, we discover the horrifying origins of these supernatural soldiers and see them in ferocious gladiatorial battle against the most ruthless and notorious of all military special forces: the Russian Spetsnaz.

Story: Outpost: Rise of the Spetsnaz starts in 1945 as we follow a Russian special forces unit led by Dolokhov (Larkin) navigating the German forest looking for the secret base which has rumours of special experiments.

The plan doesn’t go the way they hoped, they find themselves captured or killed, waking in an underground bunker where they must find a way out joined by American spy Rogers (Lambert), they will learn the truth about the German experiments.

Thoughts on Outpost: Rise of the Spetsnaz

Characters – Dolokhov is the leader of the Russian military unit searching for the secrets to the German’s work during World War II, he is loyal to his men and when he starts seeing them killed he will fight back no matter what the odds. Captured he goes through the experiments proving to be the best candidate for the Germans. When we reach the rest of the characters, we hit the weaknesses here, we have the rest of the unit which gets picked off bit by bit, the German soldiers and scientist with only one standing out, that being the man running the outpost.

Performances – When we look at the performances we must face the facts here, the characters are not that interesting which doesn’t give the actors must to work with, Bryan Larkin in the lead role is fine with the combat side of everything, but when it comes to the deep fake accent we see the weakness coming through too often. This is a problem for most of the stars of the film.

Story – The story here tries to continue to build on the legacy behind this mysterious bunker which was the focal point of the very first Outpost movie, this time we follow Russians that are searching for the bunker only to become the latest victims. Now this has many problems early on, the first film we know this place is abandoned which makes the story interesting, this film tries to explain what happened in the bunker before the English unit finds the location, well I think that is what I saw. The idea that the German’s were doing experiments has been done too much which only leaves us thinking we have seen this before because of the lack of shock behind anything we see. This is a story which doesn’t give us enough investment in the characters to make us care about what is happening through the film.

Action/Horror/Sci-Fi – The action is war based, with gun shots through the woods, fighting in the bunker and genre hordes of zombie fighting, certain scenes are shot badly with too many cuts and the action does feel clunky. The horror side of the film comes from seeing what the experiments were about and how the zombie like soldiers will not stop, this does play into the sci-fi elements of the film too as we see how far the Nazi’s were going in the war.

Settings – The film mostly takes place in the bunker, or outpost if you like, it doesn’t feel as claustrophobic as the first film and the lighting makes this a harder watch too.

Special Effects – The effects are basic and with the editing we lose the moments of gore we would like to see.

Scene of the Movie – Unleash for the fight.

That Moment That Annoyed Me – Nothing is exciting.

Final Thoughts – This feels more like a pointless sequel in a franchise which has already gone on too long for its own good.