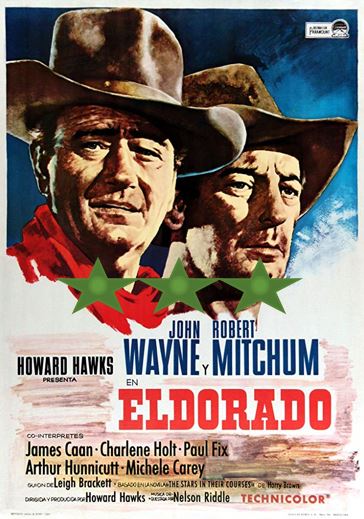 Plot: Cole Thornton, a gunfighter for hire, joins forces with an old friend, Sheriff J.P. Hara. Together with an old Indian fighter and a gambler, they help a rancher and his family fight a rival rancher that is trying to steal their water.

Tagline – Range War! A lawless time when no man dares turn his back… even to a friend!

Story: El Dorado starts when Sheriff Harrah (Mitchum) turns to his former gunslinger partner Cole Thornton (Wayne) for assistance against a ruthless rancher Bart Jason (Asner) who wants to force another rancher off their land.

Cole meets a young man Mississippi (Caan) that proves he can handle himself in a fight, which sees him continue to build a team to take down Bart Jason once and for all.

Characters – Cole Thornton is the gunslinger for hire, he doesn’t mind which side of the law he works as long as he gets paid, his loyalty comes back to show that sometimes he doesn’t get bought, when his old friend comes asking for help, he will help people he does believe are getting into trouble for the right reasons and will fight for the people next to the people he trusts the most. Sheriff J.P. Harrah turns to his old friend for help, only to see him turn to the bottle after failing to help on the levels he most requires. Mississippi is the young bounty hunter that is deadly with a knife, he will need to use a gun if he is to work with Cole, who he wants to learn from.

Performances – John Wayne is one of the most famous actors for westerns, he really is a commanding presence on screen even if he doesn’t always hit up the most realistic acting. Robert Mitchum gives us a performance that gets laughs at time and easily goes through the biggest arc through the film. James Caan does well when he gets his time to shine, though he does get overshadowed in places.

Story – The story follows two men from either sides of the law that team up to take down a rancher and his men that are causing problems in the town. When it comes to westerns nearly every single story is the same, the law makers and reluctant gun for hire joins forces to take on a troublesome group of ranchers or outlaws or something, this is everything we have seen before without needing to offer anything new to the mix. We get a time jump which does come randomly which does disappoint too. We do have a mentor like position which ends up falling short in the way everything pans out.

Romance/Western – There is meant to be a romance angle in this film which doesn’t seem very interesting in anyway, the western side of the film is everything you are expecting it to be without taking away any of the normal western traits.

Settings – The film is set in the normal western towns which feels like the sets most likely were used in other films too. 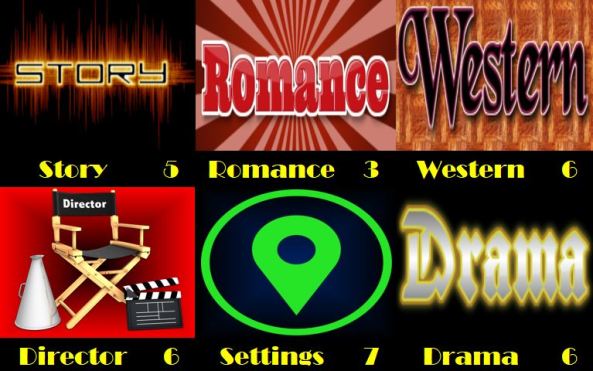 Scene of the Movie – Drunk J.P.

That Moment That Annoyed Me – It is just like every other western.

Final Thoughts – This is a by the book western, it is easy to follow with stronger performances, but just offers nothing new to the genre.