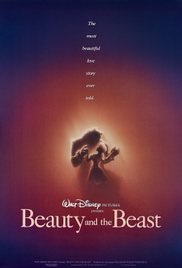 Plot: A young woman whose father has been imprisoned by a terrifying beast offers herself in his place, unaware that her captor is actually a prince, physically altered by a magic spell.

Story: Beauty and the Beast starts as we learn the curse placed upon the Beast, who must wait until love can be felt before he can return to human form. In the small French town Belle is different to all the other girls, she enjoys reading and thinking for herself and lives with her inventor father. Belle has caught the attention of the town stud Gaston, the self-centred man that other woman dive at the feet off, but Belle is just not interested.

When Belle’s father goes missing she goes in search of him finding the Beast castle and being kept captive by the Beast and his living furniture. To escape the castle Belle must fall in love with the Beast but back home Gaston leads an attempted rescue for her. Can the fairy tale be cured and love found in an unlikely place?

Thoughts on Beauty and the Beast

Characters – Belle is the typical strong lead female that wants to be independent unlike most of the other women she knows but only to find herself falling in love with the man kept her hostage. The Beast finds himself transformed in this form after not being accepting to other people, he is aggressive, grumpy and short tempered but once he opens up to Belle he could lift the curse. Gaston is the man all the women love and he believes he can have anything he wants and isn’t used to women rejecting him like Belle does, he is always planning to make it happen.

Story – The story is about love, it is about love coming from a place you least expect it in fairy tale form. It would be fair to say there is a huge questionable flaw in this story because keeping a woman captive who then falls in love with you is creepy to say the least, but for the younger audience the story is perfect about finding a happy ending while being the strong independent woman.

Family/Musical/Romance – The family can all enjoy this together because of the catchy musical numbers and the simple romance story.

Settings – Each setting shows us the different worlds Belle came from to be with the Beast showing the small-town girl could end up in a castle.

Animation – The animation looks fantastic which adds to the fantasy animation you saw in the Disney films during the 90s. 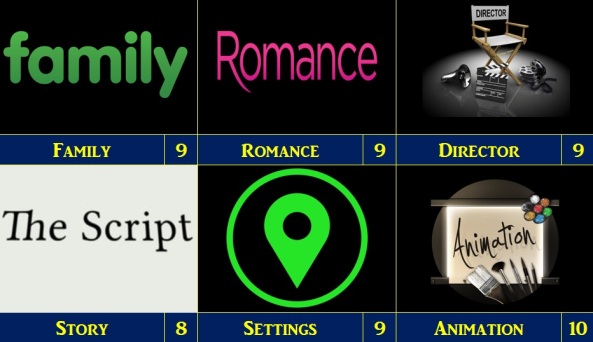 Final Thoughts – This is one film that the princess lovers will always love because it is about a normal girl that gets to be treated like a princess.

Story: Atlantis: The Lost Empire starts by showing the destruction of Atlantis. Flash forward to Washington 1914, where Milo James Thatch who wants to find the missing city of Atlantis and is presenting an idea for a proposal to search for it. Milo has his proposal rejected but a visit from the mysterious Helga Katrina Sinclair who brings Milo to meet Mr Whitmore. Mr Whitmore a friend of Milo’s grandfather gives Milo a gift from his grandfather proving he might have found Atlantis. Mr Whitmore has been arranging his own mission to find it Atlantis and wants to bring Milo along on the mission as one last request to Milo’s grandfather.

The crew together the mission launches off to Iceland that is the believed location of Atlantis. The crew approaching the location suffer huge loses after the ship is attacked by the guardian of Atlantis. The few that make it to the underground location continue their expedition being stalked by mysterious creatures knowing that finding a way out is their only option. When the group find the missing Atlantis they meet the locals, who want the explorers to leave. We learn that Atlantis does things a certain way and isn’t happy letting anyone new into the city, but the city is also trying to struggling to survive. It becomes clear that the team sent on the mission might well have alternative motives and it is up to Milo to fix what he has caused.

Atlantis: The Lost Empire really comes off as a very standard adventure film, it uses the real mythological city of Atlantis to help identify the idea that explorers will look for it to drive the story and give us very little extra motive as people still look for it today. The story falls slightly because it does turn into Treasure Island because of the crews turn and the naïve young man has to save the day. The story offers little in the way of originality and ends up used the same old clichéd ideas we have seen before. I do feel the story is solid but could easily be improved. (6/10)

Milo James Thatch: Milo is ambitious young explorer who wants to find Atlantis but keeps getting rejected by the people who could make it happen. When he gets a chance from a mysterious friend of his late Grandfather, Milo jumps at the chance and becomes the group’s only hope of making it after the ships get destroyed. Milo is a good character but ends up looking like an educated version of Jim Hawkins. (6/10)

Support Characters: Atlantis: The Lost Empire has a clichéd supporting list with every possible generic character filled nicely and we all know what will happen to each and every one of them.

Director Review: Gary Trousdale, Kirk Wise – The pair gives a us a solid action animation film but nothing more. (6/10)

Adventure: Atlantis: The Lost Empire delivers on every level of an adventure film even if we have seen a lot of it before. (8/10)

Animation: Atlantis: The Lost Empire has great animation used throughout to make everything look beautiful when needed and frightening when needed. (8/10)

Family: Atlantis: The Lost Empire might not be the perfect family film due to the high body count the explorers encounter. (4/10)

Sci-Fi: Atlantis: The Lost Empire uses the sci-fi elements really well to make us look at what could have happened to a missing city. (8/10)

Settings: Atlantis: The Lost Empire creates brilliant settings for the story to take place in and around. (8/10)

Suggestion: Atlantis: The Lost Empire is one to try, I don’t think it will give the audience everything they are looking for but can pass the time nicely. (Try It)

Overall: Atlantis is one of the world’s biggest mysteries and this film just seems to fast forward any real ideas of what could have happened to the people of Atlantis.