Plot: A group of people try to survive when machines start to come alive and become homicidal.

Verdict: This is Why he Writes

Story: Maximum Overdrive starts with some science explaining ow Earth will be inside radiation from a passing comet for eight days. We follow as a small town starts to get over run by the machines and Bill Robinson (Estevez) an employee at a small diner has to lead the survivors in their quest to survive as the machines try to find the most graphic ways to kill people. Diner manager Bubba (Hingle) brings the weapons and newly-weds Connie (Smith) and Curtis (Short) end up trapped in the diner on the way to their honeymoon.

Maximum Overdrive is one of those invasion like ideas that tries to do something original, but this ends up being something I don’t want to see again. It really gets a lot stuck in the middle of the ideas and never decides if it wants to be a comedy or something serious. The characters get zero development and as for the science angle that just ends up feeling out of place. This is easily one of those films that will get put in the bracket of that bad you have to see though. (3/10)

Emilio Estevez: Bill Robinson is the diner employee who has to step up to protect his friends and customers when they become trapped inside the diner surrounded by trucks with minds of their own. Emilio doesn’t get the most time to show his talents in this role. (4/10)

Support Cast: Maximum Overdrive has a group of survivors who all have different traits which can either help or hinder their chance of making it.

Director Review: Stephen King – Stephen has admitted this was a bad film and he knows what he is talking about. (3/10)

Action: Maximum Overdrive has action packed kills but doesn’t really make the most of the chances it has. (5/10)

Comedy: Maximum Overdrive has a few funny moments but never reaches full levels it could. (4/10)

Horror: Maximum Overdrive doesn’t reach any of the horror level required for this style of film. (3/10)

Sci-Fi: Maximum Overdrive tries to add a sci-fi angle but never looks into the idea enough. (4/10)

Settings: Maximum Overdrive put of group trapped works for the film and could be the only highlight out there. (7/10)

Suggestion: Maximum Overdrive is a be drunk to enjoy film. (Watch Drunk)

Worst Part: Most of it.

Tagline: Imagine your worst nightmare: machines take over the world!

Trivia: Stephen King, being a former cocaine addict, later admitted that he was “coked out of my mind” the entire time he was making this picture and often didn’t know what he was doing. He remarked that he’d like to try directing again someday, this time sober.

Overall: This was so bad I might give away my DVD of it.

Plot: Hannibal Lector (Hopkins) is still on the run, but Clarice (Moore) has risen up the ranks at the FBI. After a bust goes wrong Clarice is blamed and shamed. Mason Verger (Oldman) Lecter’s only surviving victim offers the FBI a lead and Clarice and Hannibal re-enter a cat and mouse game, this time that travels across the world.

Story: Focusing on Hannibal’s new life as a free man and Clarice struggling to maintain the levels expected in her after stopping Buffalo Bill. We get to see a much more monstrous side to Lecter, with glimpse into his past. The story really flows on the support characters motives of greed, revenge, jealousy. I feel this story takes away a lot of what was created in the original, trying to make it more action packed rather than investigatory. (7/10)

Actor Review: Anthony Hopkins – Hannibal who is trying to have a new life where he can welcome in his culture which he lost during his time in prison. Still a haunting performance but really does not get near to the creepiness he achieved in the Silence of the Lambs. (8/10) 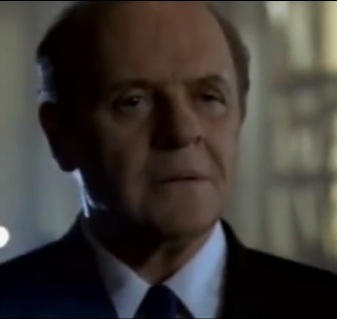 Actor Review: Gary Oldman – Mason Verger out for revenge after Hannibal tricked him it to mutualising himself. Gary Oldman is unrecognisable in the role and even though his scenes are limited he is the highlight of the additional characters. Star Performance Award, Scene Stealer Award (8/10)

Director Review: Ridley Scott – Being one of the best directors in Hollywood he gives a good film but nothing to the same level of his abilities. (8/10)

Crime: Losing a lot of the crime value as it is more Hannibal being portrayed as a good guy who goes too far. (8/10)

Thriller: It has some very intense scenes once everything gets going. (9/10)

Special Effects: Some incredible special effects and that one scene that you will always remember. (9/10)

Believability: Loses some of what was created in the first as it turns into a rich man’s man hunt. (2/10)

Suggestion: I still would suggest this as I think Hannibal is one of the most iconic roles in screen history. It is not anywhere near the level of the first but with those two scenes that will shock you are a must see. (Watch)

Kill Of The Film: The Hogs.

Chances of Sequel: It is still open to a sequel, but has had prequel film and television show now.

Overall: High quality thriller which would be a good solo film but struggles against a masterpiece.

Story: James ‘Rennie’ Clay (Caviezel) is on a revenge path with Fargo (Feore) the serial killer who killed his wife. Fargo half man half machine uses his car as his weapon causing pill ups or just cases of hit and run. When Fargo targets Molly Poole (Mitra) Rennie sees his chance to get his revenge.

With crash scene investigator Will Macklin (Faison) hot on Rennie’s tail this cat and mouse thriller really starts to heat up.

Verdict: This action thriller full of car chases, crashes and carnage is an adrenaline ride. If you have seen ‘Deathproof’ this is similar minus all the talking between the chases, which makes movie a bit short. The suspense grows as the movie progresses very well and by the end it gets to edge of your seat stuff. Released the same year as ‘Passion of the Christ’ Jim Caviezel makes himself a new character with relative ease. It has an 18 certificate which seems very unfair considering very little over the top violence of any sort seems to take place. Overall this is well worth the watch as it is very simple to follow and doesn’t take up to much concentration time. Good for it level in the action thriller genre.

Story Mark 8/10 Simple story to follow ticks all the boxes for good fit in the genre.

Favourite Character: Rennie strong character that has one objective in life.

Best Part: Car chases and cat and mouse element through out.

Worst Part: It is a bit short

Similar Too – Deathproof, The Hitcher