Plot: A drama centered on people who seek validation by broadcasting their lives to as big an audience as possible.

Verdict: Simple Look at the Next Gen of Entertainment

Story: Channeling starts by taking us into a world where people can have a camera in their eye, with people watching their lives, Wyatt Maddox (Handley) is one of these people and after he is killed with his channel watching, his soldier brother Jonah (DeVore) returns home, here he learns that his brother was murdered with Wyatt’s girlfriend Tara (French) filling in the gaps of what happened.

As Jonah starts to investigate, he teams up with Tara to find the person that killed Wyatt, he enters the world of street racing from stolen cars, where he pretends to be his brother, which only draws the same criminals that killed him.

Characters – Wyatt is the popular in the virtual world, with his followers in his illegal stolen street cars getting him killed, he has been recording his life, which gives his brother something to search through. Jonah is the soldier brother of Wyatt, he has returned to learn what happened to his brother only to go undercover with his brother’s girlfriend to learn the truth about who killed his brother. Tara is the girlfriend of Wyatt’s, she was with him just before he was killed and now, she wants learn the truth, by showing Jonah how to enter the world. Ashleigh is the younger sister of the brothers, she has become popular with her own recordings which is more about fashion and daily life.

Performances – When we look at the performances we don’t get the best performances, this does work for the film because they are meant to be what we would consider YouTube stars in how they try to play to their audiences. The reality behind the acting is that it is simple enough and the characters are hard to see in the real world either.

Story – The story here follows a brother that is trying to find out what happened to his brother after he is murdered during one of his special broadcasts, he goes undercover to learn more about the world, searching for answers. The most interesting way to look at this story, comes from seeing the world where the broadcasting has become so popular, this idea works very well because it reflects how the world is only interested in drama or crime, over any sort of real event. When we look at the actual story, it is a basic revenge like story and works as the surface of the film, it would have been nice to have felt like the villains were more threatening and the side story revolving around the little sister does seem just there to show a different side of the popularity of the equipment rather than adding anything to the main story.

Action/Sci-Fi – The action in the film does follow a couple of car chases which as basic enough, but shot through the eyes which makes them difficult to watch. The sci-fi element does build on what we have seen in Black Mirror before which is a recording of life, it is nice touch and something we see happening more and more.

Settings – The film shows the criminal world that Jonah must enter for answers, we have rough bars, dark alleyways and a remote penthouse apartment where his brother lived.

Special Effects – When it comes to the effects, this is focused on how the viewers of the people see the lives they are following, it does feel like shaky cam at times which isn’t helpful as a viewer experience. 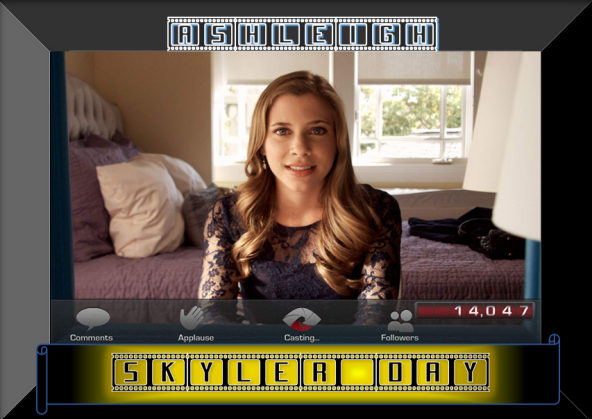 Scene of the Movie – Bar of popularity.

That Moment That Annoyed Me – Not seeing enough of the villain.

Final Thoughts – This is an interesting look at how the popularity of social media has become easier to access and become key to these people’s lives.