Plot: While on a journey of physical and spiritual healing, a brilliant neurosurgeon is drawn into the world of the mystic arts.

Story: Doctor Strange starts as arrogant, brilliant neurosurgeon Dr Stephen Strange (Cumberbatch) is involved in a reckless car accident, which was his own fault, loses the ability to use his hands on the same levels as he once could. Stephen learns about one patient that recovered from the injuries that he shouldn’t have recovered from and goes in search for answers.

Stephen searches for Kamar-Taj which should give the mind answers to healing himself through belief, with The Ancient One (Swinton) showing him the way. Here Stephen must train with Mordo (Ejiofor) and soon finds himself joining the fight against Kaecilius (Mikkelsen) who has been trying to gain the power the Ancient One has.

Characters – Doctor Stephen Strange is arrogant brilliant neurosurgeon, he always looks down on people who he sees not completing the operations he can, this has led him to become reckless in his personal life, which leads to his accident and loss of ability to operate. He learns that he could be cured, if he goes through certain mind training as he learns about multi verse which doesn’t need the physical body to get through or fight. Mordo is one of the oldest students un Kamar-Taj, he opens the doors to Stephen, working with him to teach him about what they will be fighting against. Dr Palmer is the only friend Stephen has at the hospital and she goes to him for advice when needed. Wong is the librarian that guards the books about power which the people there could learn from. Kaecilius is the villain of the piece, he has been trying to bring the dark universe to Earth’s and will stop and nothing to achieve this, he was once a student too, but turned evil once he learnt about the power. The Ancient One control the powers in Kamar-Taj, the oldest and most powerful of everyone there, she teaches Stephen the true meaning and powers he could control.

Performances – Benedict Cumberbatch is better than I remembered in the leading role, it might be because I have gotten used to the character after Infinity War, he does make himself feel unlikeable through the film. Chiwetel Ejiofor is interesting in his role where he is designed to be conflict between everyone involved.  Rachel McAdams is however completely wasted in this role, she barely gets any screen time. Mads Mikkelsen as the villain is somebody we know we can trust, though we do wish we could have had more of his character, Benedict Wong is fun in the supporting role, while Tilda Swinton is always going to be the star of a film with her acting class.

Story – The story here follows Dr Strange learn to give up everything he thought he knew from science and learn about the mystic arts that control universes. This is once again an origin film and Dr Strange is a brilliant, but unlikable man, he needs to learn that the world isn’t about him, its about the people if he is every going to make it in this new position. We do have the conflict between light and dark, which shows that he will need to learn the lines in this war, while others are fighting to be in control of this world. the story can look weak in places because we put so much time into the visuals of this film, but it does everything required to be an entertaining watch.

Action/Fantasy – The action in this film comes from the world we see everybody fighting in, it plays hand in hand with the fantasy side of the film which just makes for some of the most visual fight sequences you will ever see.

Settings – The film uses the settings to not only confuse the audience, but confuse Dr Strange, we see the different environments he must learn to adapt to with the laws of physics now longer being applied.

Special Effects – The effects in this film are brilliant, it is like watching Inception in steroids when it comes to how the world folds in, moves and evolves. 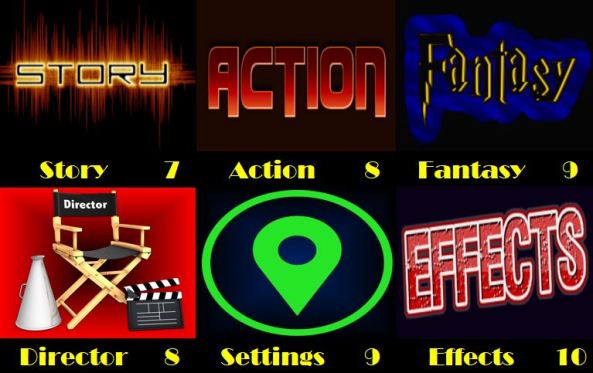 Scene of the Movie – The New York fight.

That Moment That Annoyed Me – The story isn’t as strong as it could be.

Final Thoughts – This is one of the most visually brilliant movies in this universe, it gives us an origin story that is ready to branch in many different directions and prepares us for a new type of hero.

Overall: Stunning on the eyes.

Plot: A young mother and her twin sons move into a rural house that’s marked for death.

Story: Sinister 2 starts Ex-Deputy So & So (Ransone) returning from the previous film turning to church for advice on how to stop the demon from striking again from a priest. Time to meet our new family the Collins mother Courtney (Sossamon) and twin boys Dylan (Robert Daniel Sloan) & Zach (Dartanian Sloan) who are on the run from somebody.

As we know the story goes video tapes are discovered only this time it is by the twins who both watch the family videos before the shock and scream murder image of what happens when Bughuul selects his latest family. The house they have moved into had one such incident happen years before and along with So & So who is investigating the string of murders search for answers to the latest of the hauntings on the Collins’ family, while dealing with an abusive ex-husband who wants to take the children away.

Sinister 2 brings us back into the world where a demon with children follows makes a new family become his latest victims while collecting a new child to join him. Well this is simple story how do you mess this up really? You have a single parent isn’t that against the blood lust of the demon? We have an idiot now ex-cop coming back to figure out what is going on well that doesn’t help does it and now he has some brains. I have to give the positives against these negatives, I liked how we had twins making it look like it could be either and I also like how the children were more involved. It doesn’t help that I wasn’t a fan of the first one but I feel this gets even worse and feels like an excuse to try and show an horrific set of murders.

James Ransone: Ex-Deputy So & So returns from the previous film as he is investigating the activity of Bughuul, this brings him into the lives of the Collins who have just moved into the house where one of the killings once took place. James becomes the lead in this film and looks very lost in this role throughout. 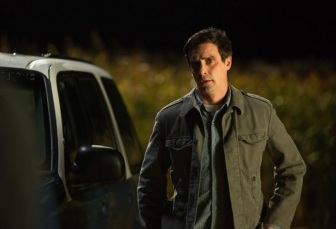 Shannyn Sossamon: Courtney Collins is the mother of the boys who is on the run from her ex-husband, they have moved into the house where one of the crimes took place putting them all in danger. Shannyn gives her ‘ I’m in a horror movie’ performance.

Robert Daniel Sloan: Dylan Collins is the shy one of the twins who lets Zach push him into everything, he gets scared in the very presence of his father, he gets picked by the children to watch the videos and become the latest member. Robert gives standard performance with nothing stand out.

Dartanian Sloan: Zach Collins is the brave on of the twins who is happy to investigate what has been happy with the video tapes, but isn’t picked by the children to become their latest member. Dartanian like his brother gives a standard performance.

Support Cast: Sinister 2 has a small supporting cast with most being the dead children and the ex-husband.

Director Review: Ciaran Foy – Ciaran doesn’t give us the best horror, bringing us a standard at best horror film that gets worse than the original.

Horror: Sinister 2 doesn’t have any original scares with most just being basic jump scares.

Settings: Sinister 2 uses the isolated looking house for the most part of the setting which works for creepiness in the story.
Special Effects: Sinister 2 has basic effects for the creations but you can see the CGI throughout.

Suggestion: Sinister 2 is one to avoid really because it is offering nothing new. (Avoid)

Best Part: Seeing it from the kids angle.

Chances of Sequel: Most likely