Plot: The life and death story of Notorious B.I.G. (a.k.a. Christopher Wallace), who came straight out of Brooklyn to take the world of rap music by storm.

Tagline – The story of the man behind the legend.

Verdict: Fans of the Icon will Enjoy

Story: Notorious starts with the final moments of Christopher ‘Biggie’ Wallace (Woolard) life, before he flashes back to his childhood, raised by his single mother Voletta (Bassett), getting given a chance to start making money from drug dealing where he becomes addicted to make money, until he gets busted.

At 19 he gets a chance to enter the music industry when Puffy Daddy (Luke) gives him a way to escape the life of drug dealing, however difficult it seems. When Biggie finally get the record deal, he soon becomes an international sensation grabbing the attention from another rapper Tupac Shakur (Mackie) who soon becomes a rival with deadly consequences.

Characters – Christopher ‘Biggie’ Wallace was a rapper from Brooklyn, he started on the streets as a drug dealer, before showing his rapping skills that saw him become one of the biggest rap stars in the world in the 90’s, we get to see how he has to deal with his vices with women chasing his desire to have too much money. The film doesn’t show him to be a nice man, he cheats on his partners, commits crimes and gets violent when he gets upset, it is a shame for somebody with talent to be such a horrible person. Sean Puffy Combs is the man that takes a chance on Biggie even after losing his position in a record company, he had an eye for talent and knew how to make the most out of it. Tupac is a rival rapper that starts with respect, but because of his continuing side business in drugs, the tension grows and Tupac soon starts a war against Biggie which became a bigger story than any of their music. Faith is Biggie’s wife that has the talent he has though she does become the one that stays with him even if they have an abusive relationship toward each other, well that is what the film shows us.

Performances – Jamal Woolard is brilliant in this leading role, he shows the laidback style Biggie presented himself as, while showing just how easily he can snap. Derek Luke and Anthony Mackie are both strong in the supporting roles, while the rest of the cast give us strong performances too.

Story – The story here follows the life of Biggie one of the biggest rappers of the 90s that wanted to prove music could inspire change only to get drawn into a gang war with another rapper Tupac, one that made the two even more famous. We follow Biggie in and out of the music world, seeing how he was trying to escape a life of crime, but is drawn into relationship problems. The story doesn’t always paint him as a nice guy though, the way he handles the women in his life is getting into the abusive area. Otherwise this shows us how Biggie wasn’t interested in getting involved in the gang war, he just want to make honest money.

Biopic/Crime/Music – The biopic side of the film shows how Biggie was being drawn towards a life of crime or leaving it behind to become a big music sensation and how his life changed with the new, making him part of one of the biggest rap battles in history. The crime world is showing how Biggie was always trying to get out of this world and give you hope to others that are facing it. While I personally wasn’t a fan of the music involved, it will please the fans of his music.

Settings – The film is set in the backdrop Brooklyn shows where he has come from and how he wants to stay loyal to the people who supported him. 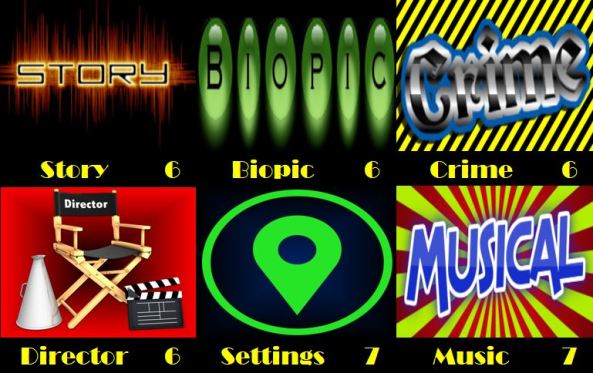 Scene of the Movie – Making the choice.

That Moment That Annoyed Me – The film doesn’t show him able to treat his women with respect.

Final Thoughts – This is a biopic that showed how easily a rivalry can start within the business that could end up becoming deadly between two biggest names in the music industry.