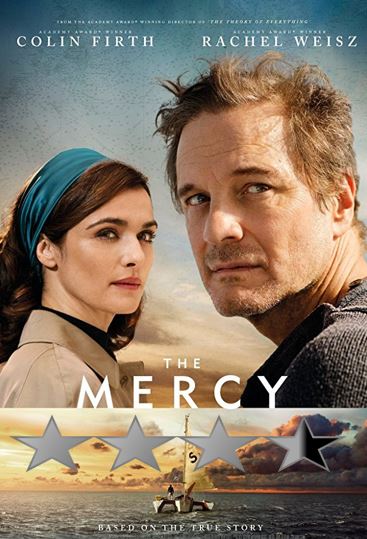 Plot: The incredible story of amateur sailor Donald Crowhurst and his solo attempt to circumnavigate the globe. The struggles he confronted on the journey while his family awaited his return is one of the most enduring mysteries of recent times.

Tagline – Based on the true story.

Story: The Mercy starts when inventor Donald Crowhurst (Firth) who has been working on boating equipment for years decides he wants to try and circumnavigate the globe alone, with no experience of sailing behind him. His wife Clare (Weisz) supports his decision believe he knows what he is getting himself into and Rodney Hallworth (Thewlis) handling the press and Mr Best (Stott) financing the trip.

While on the adventure, plans don’t go to plan and alone Donald must make a difficult decision to cut the corners to both save his life from danger and break the records set out on front of him. When his journey gets studied questions arise and soon the mystery about his pace come to light.

Thoughts on The Mercy

Characters – Donald Crowhurst has been inventing equipment for boats for years, the one things he desires more is to go around the world, which he puts into motion by building the fastest boat, but with no experience can he do the impossible? Clare is his wife back home and mother to their children, she faces the anxious wait for him to return from his journey, while dealing with the idea he might not make it back and the increased public spotlight thrown on the family because of his success. Rodney is the press officer arranging the sponsors for Donald and bring in the press to tell his story to the world, he becomes more involved the better and faster Donald does.

Performances – Colin Firth is the star of this show, he does much of the work in solo takes showing the endurance he is facing in the middle of the ocean, the moments of beauty and the moments or loneliness shine through in his expressions. Rachel Weisz is good and shines in a couple of scenes, but doesn’t show her full skills. David Thewlis is always an excellent supporting performer too.

Story – The story follows an unlikely sailor taking on one of the riskiest and most dangerous journey a sailor can take alone. He brings hope to any sailor with the idea, but the truth will leave that hope shattered in one of the biggest mysteries in the sailing world. this is based on a real-event which is interesting to see unfold, my problem with the way the story is told, is that we don’t really know what happened and never get any real evidence either way, which by the end leaves you playing into theories over the truths.

Adventure/Biopic – The adventure plays into the idea that Donald could be going on a journey that could inspire anyone. The biopic side of the film shows how the family was dealing with the journey, but what Donald did on the boat can’t be answered.

Settings – The film creates the time period well and the time spent on the boat feels like the adventure it was meant to be. 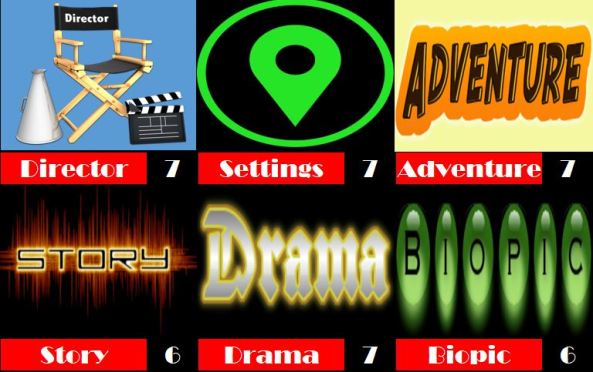 Scene of the Movie – The wildlife shots.

That Moment That Annoyed Me – Not knowing the truth.

Final Thoughts – This is an interesting biopic that shows a mystery that was never truly solved, it is paced nicely but lack that point of solving the mystery only making suggestions.