Plot: The equally-straight-laced and “by the book” nephew of Joe Friday must work with his more laid-back partner to solve a mystery.

Story: Dragnet starts with Joe Friday (Aykroyd) introduces to Los Angeles where he works as a Sergeant in the Police force and takes great pride in it. Joe’s partner leaves him just as a new crime wave from a group called P.A.G.A.N with his new partner Detective Pep Streebek (Hanks). It doesn’t take long until we see the difference between the two men. The new partnership head to the zoo where two animals have been stolen and another one shaved.

Jerry Caesar (Coleman) owner of Bait magazine is also victim of P.A.G.A.N. where his magazines are all stolen or burnt before being released. P.A.G.A.N. continue to commit crimes across the city but what is their target. Reverend Whirley (Plummer) has been making a morale movement across America which grabs the attention of Joe & Pep.

When Joe & Pep go undercover they find P.A.G.A.N attempting a ritual sacrifice to Connie Swail (Paul) leading them to start getting answer to the questions. They discover the truth where they must stop even when they have no one believing them.

Dragnet must have been one of the first films based of a television show with a new cast and it has paved the path for plenty of future film ideas. I think this brings a series I would have never seen to the big screen and it would be one that would have worked during the time of release but I do feel it has dated a lot. I think the story is very basic and easy to follow offering no extra twists to the buddy cop genre. I think this film must have its fans out there but this really did nothing for me. (5/10)

Dan Aykroyd: Sgt. Joe Friday is by the rule book cop who has to deal with a new laid back partner who has to crack the latest case. He will take risks but would prefer to stay inside the rules. Dan is the best part of the film with his style of comedy which works in this format. (7/10) 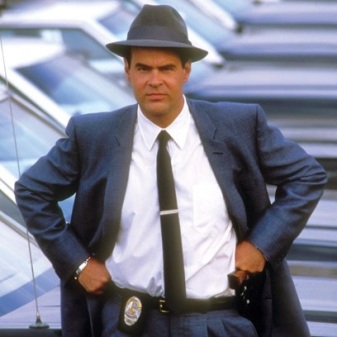 Tom Hanks: Det Pep Streebek is the laid back detective who becomes Friday’s new partner, he doesn’t follow the rules to the same level but does get the job done. I personally just don’t see Tom as a comic actor and I feel he doesn’t really deliver enough in this role. (5/10)

Christopher Plummer: Reverend Jonathan Whirley who wants to change the city, he is also the leader of P.A.G.A.N. You see the name Christopher Plummer you know what you have in a villain and he was very basic in this film. (5/10)

Alexandra Paul: Connie Swail is the target of P.A.G.A.N who want to sacrifice her in their ritual to drive their movement. Alexandra does a basic damsel in distress role that doesn’t really work or get given enough screen time. (5/10) 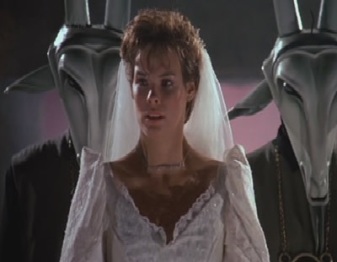 Support Cast: Dragnet has generic supporting character including a police chief who doesn’t want to punish duo and a henchman that over powers our heroes.

Director Review: Tom Mankiewicz – Tom does a solid job but doesn’t really get enough out of the idea on paper. (6/10)

Comedy: Dragnet has a few laugh but not enough to be a stand alone comedy. (5/10)

Chemistry: Dragnet does create a nice chemistry level between the two that works for the film. (7/10)

Settings: Dragnet uses Los Angeles as it setting which works for the idea behind the film. (9/10)

Suggestion: Dragnet is one to try but I always struggle to enjoy comedy films, so I think if you are a fan of the type of comedy you will enjoy this. (Try It)

Overall: I feel this was good upon time of release, but now the market is flooded and this just seems to have fallen into the rest of them.

Plot: When nerdish boy Arnie Cunningham (Gordon) buys his first car a 20 year old Plymouth Fury called Christine he starts to change. Arnie gets bullied at school, controlled at home but his best friend Dennis Guilder (Stockwell) tries to help him out and give him advice but Christine has a mind of her own and starts sorting out his problems.

Story: Stephen King can always tell a great story and with this we get that. The idea is or was fresh when it came out a killer car was new to the over the top killer and a welcome addition. The story also tackles to ideas of not fitting in during high school and deals with bullying and being different. (9/10)

Actor Review: Keith Gordon – Arnie the young boy who gets bullied at school before buying an old car that turns him into everything he never stood for. Good performance but never really excels. (7/10) 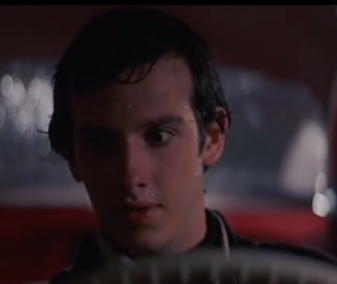 Actor Review: John Stockwell – Dennis the popular best friend to Arnie who looks out for him and tries to talk some sense into him when he starts going off the tracks. Good supporting role but again never really excels. (7/10)

Director Review: John Carpenter – The master of horror directions creates some very creepy scenes that will make you think twice when you see a car follow you. (9/10)

Horror: Good horror that will make you scared of cars. (8/10)

Special Effects: Good special effects throughout as well as smart use of camera to make things more horrific. (9/10)

Settings: Most of the setting is around a small town and where the cars go but the junkyard is creepy for the cars home base. (7/10)

Suggestion: This is one for the horror fans; they will enjoy the classic tale from the master writer and director. Non-horror fans may not enjoy this. (Horror Fans Watch)

Worst Part: It could be gorier

Kill Of The Film: The Bullies.