Plot: Shadyside, 1978. School’s out for summer and the activities at Camp Nightwing are about to begin. But when another Shadysider is possessed with the urge to kill, the fun in the sun becomes a gruesome fight for survival.

Story: Fear Street Part Two 1978 starts as Deena (madeira) and Josh (Flores Jr) turn to C Berman (Jacobs) for answers about the witch in hopes of saving Sam (Welch). The story Miss Berman tells takes us back to 1978 when she was at Camp Nightwing with her sister Ziggy (Sink).

Ziggy finds herself getting bullied through her time while Cindy (Rudd) is trying to get through camp for her own future, but when one of the residents at the camp becomes possessed Cindy must do everything to save people before it is too late.

Characters & Performances – Cindy is one of the siblings that has been part of the camp following the rules, not falling into the rebellious ways the other campers and councillors during the 1970s. she looks to investigate what truly happened, learning she will need to face her past to make it out. Ziggy is the younger sister of Cindy who has become the target of the bullies at the camp, but never willing to back down from fight back against them, she will spend time trying to get her own back on the lead bully in the camp. Tommy is the nice guy boyfriend of Cindy’s he wants the best for her and has supported her through the changes she has gone through over the recent years. Alice is the old friend of Cindy who has become more distant from over the years, the pair get to address some very real issues people can face during the growing up process. Nick Goode is also at the camp, the younger version from the first one, he is trying to help everyone escape the killer, knowing he is destined to led in the future. We do get mostly a new cast here with Stranger Things star Sadie Sink being the feisty teenager, Emily Rudd and Ryan Simpkins being excellent together with their discussion about life changing. Elsewhere we get everyone you would expect to see in a slasher film which all works very well throughout.

Story – The story here picks up where the last movie finished, where our survivors from that film look to learn about what is happening with a survivor from the past with their story with the witch, which will take them back to 1978 with a summer camp massacre. This is a great follow up, with us being able to dive back in time, while still building the modern, well 1994 era of the story. When it comes to the summer camp events in the story we get a lovely throw back to the 1970s style slashers, which we haven’t seen since ‘The Final Girls’ getting to take on the campy style they once had, while also bringing out important discussion between Cindy and Alice. We get to dive straight into the bloodier action earlier because we know what is going to happen because of the events in the first film.

Themes – Fear Street Part Two 1978 is a horror slasher film that will use the 1970s summer camp for the main settings, giving us a nice throwback feeling throughout the film. The special effects are great too, often keeping the bloodier side of what happens off camera, letting our minds imagine just how graphic the moments truly are.

Final Thoughts – Fear Street Part Two 1978 is an excellent sequel that continues to build the world created, while having a throwback feeling in the slasher genre.

Plot: A woman recalls her life and musical career choices in New York City through the years.

Story: Before I Go starts as we meet Samantha (Sciorra) a woman in her mid-life that sees herself alone, working a dead-end job, filled with depression from the life that wasn’t. as Samantha continues to look at what could have been, she starts to sink into a depression, but he passion for music becomes clear and her kindness to strangers or other creatures will always put her on the radar as someone who wants the best in the busy world.

Thoughts on Before I Go

Characters & Performances – Samantha is a once popular singer who has seen her life fall into loneliness and depression, she doesn’t have anyone in her life, spending most of her days walking to streets of New York, helping people and telling her stories. She is always looking to do good, while finding her time alone more interesting than she thought. Annabella Sciorra is brilliant in the leading, her grounded performance shows us just how important this role is, as it could be anyone in life. When we dive into the supporting cast, we have Samantha’s father that is dealing with his own problems, always trying to support Samantha through her difficult stage in life. Anyone else Samantha meets gets touched by her kindness, as she looks to give everyone in her life an honest outlook on life.

Story – The story here follows a middle-aged woman in New York that is filled with depression and is struggling with her life, despite always finding a way to make people feel better in the New York. This is a wonderful look at how people will struggle in life, but will do something to make others feel good in life. It shows that even alone, somebody in life will find you important and if we are kind to each other, we can make life better for everyone around us.

Themes – Before I Go is a drama set around New York city, a place that I always feel is filled with an endless amount of stories and this is no different. Each corner does seem to have something new for Samantha to do in life.

Final Thoughts – Before I Go is a wonderful drama that will prove how important to watch over others truly is.

Plot: In the Middle Ages, a young servant fleeing from his master takes refuge at a convent full of emotionally unstable nuns. Introduced as a deaf mute man, he must fight to hold his cover as the nuns try to resist temptation.

Story: The Little Hours starts as a young servant Massetto (Franco) is taken in by Father Tommasso (Reilly) after helping him during his time of need, he must pretend to be a deaf mute to remain on the grounds, while the nuns Alessandra (Brie), Ginevra (Micucci) and Fernanda (Plaza) show how they are looking to break the vows they are looking to make.

With Massetto being a young man, the nuns looks to take advantage of him, as the ways lead to changes in the monastery and the religious ways.

Thoughts on The Little Hours 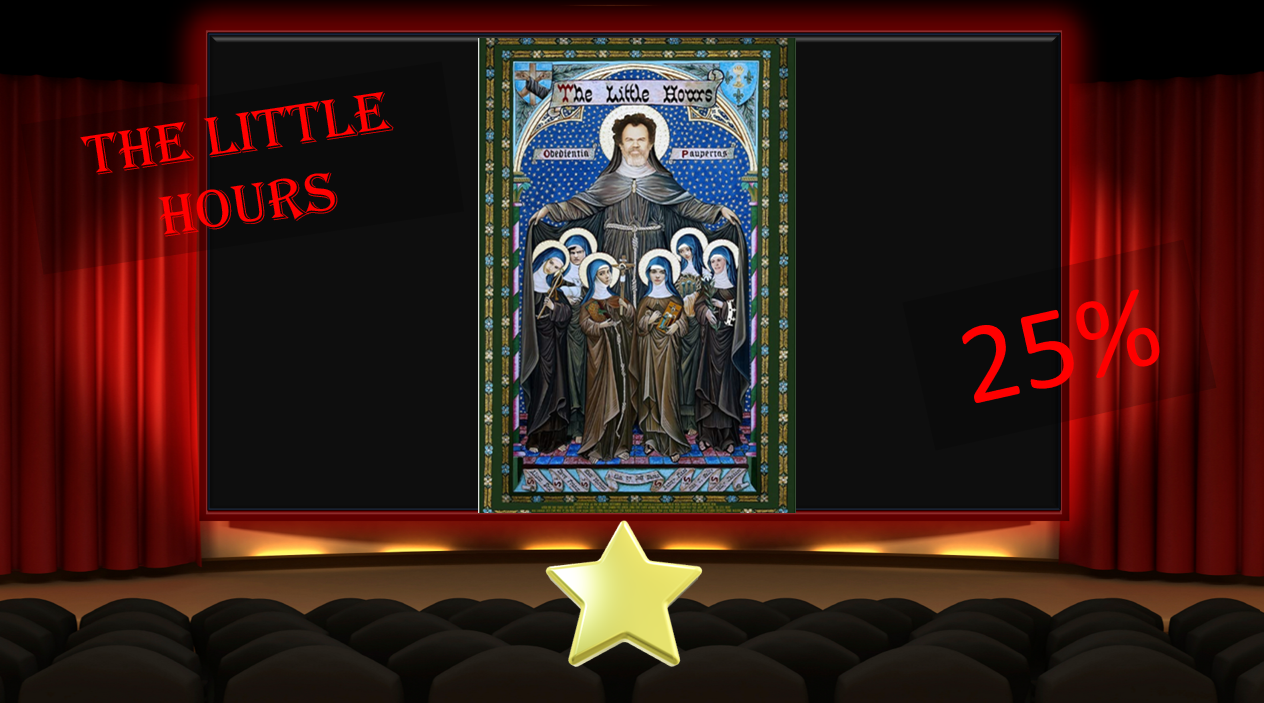