Plot: Three 6th grade boys ditch school and embark on an epic journey while carrying accidentally stolen drugs, being hunted by teenage girls, and trying to make their way home in time for a long-awaited party.

Tagline – You Must Be This Tall to See This Movie

Verdict: Has the Heart, Lacks the Humour

Story: Good Boys starts as we meet three 6th graders Max (Tremblay), Lucas (Williams) and Thor (Noon) who are prepared to make the next steps in their school career with Max looking to join the popular kids which will bring him close to the girl of his dreams, with the three getting invited to a kissing party.

One problem for the boys, they don’t know how to kiss, which sees them get into a serious a mischievous adventure trying to learn, involving a drone, drugs and skipping school.

Characters – Max is the leader of the group, he is always looking to break out of the younger child stage of his life, which sees him getting the big invitation to the popular kids party, only he needs the help of his friends to prepare for this night, even if his friends aren’t invited. Lucas is going through the toughest time, with his parents just going through a divorce, he doesn’t want to tell his friends, though he struggles to deal with keeping a secret in his life never getting to boy sin more trouble than normal. Thor is a singer that becomes the target of most of the bullying, he always wants to prove himself to people, but not always going through with it, needing to learn about following his own dreams. Hannah and Lily are two older teenage girls that the three looking to learn about kissing, only to find themselves in the middle of wanting their drugs back.

Performances – Jacob Tremblay is the biggest draw in the three leading boys, though all three Keith L Williams and Brady Noon are all fantastic together, they do show us just how the different problems they are coming through, but have chemistry together that shows friendship.

Story – The story here follows three 6th graders who are reaching the point where they might go their separate directions and spend the day on an adventure to prepare getting to their first kissing party. This story does have a big heart, because at the ag of the boys, life will change very quickly and this does get put through clearly with the heart it deserves, only it does get held up by a completely over the top comical side line, which doesn’t hit home as much as it would like. If we had kept some of the comedy a lot calmer or more natural, we could have had one of the best coming of age films for years.

Comedy – The comedy is in this film is the weakest part, you might get a few laughs, here and there, with an on running joke about not being able to get into a childproof bottle.

Settings – The film does give us the everyday life of the boys to start with, before throwing them into a world they wouldn’t ever be close too.

Scene of the Movie – The frat house.

That Moment That Annoyed Me – Most of the comedy.

Final Thoughts – This is a film that has all the heart it needs, only it gets buried by the lazy comedy that just seem to hit hard enough. 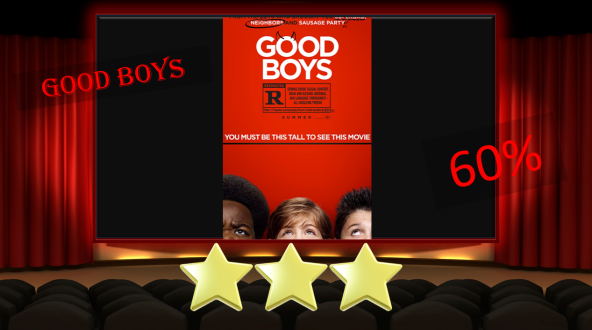 Plot: An investigation into witchcraft leads a trio of journalism students to a mysterious town marked by sinister rituals. Inspired by true events.

Story: Dachra starts when Yassmine (Dimassi), Walid (Jebali) and Bilel (Slatnia) start looking into a witchcraft case revolving a young woman Mongia (Ayed) that has plenty of unexplained aspects to the case, which will see them head to the mental asylum Mongia is being kept in.

The further they investigate the case, the deeper the case will take them into a remote woodland area, where they will start to suffer their own nightmare experiences.

Characters & Performances – Yassmine is the one leading the investigation, asking the questions, putting the team together, being the face of the documentary, while also being the one that starts to suffer from the nightmares of being on the investigation. Walid and Bilel are part of the team that Yassmine has put together to help her on the investigation, each not finding themselves in the horror situations on the same levels of Yassmine. Yassmine Dimassi, Aziz Jebali and Bilel Slatnia are great in their roles through the film, showing the terror and scepticism towards everything going on.

Story – The story here follows three journalists that are looking into a case of witchcraft in Tunisia, which will see them find a remote locations that is filled with the horrors they don’t want to be near, despite learning a few answers. This story could easily have comparisons to ‘The Blair Witch Project’ with the three heading into the woods where they end up getting haunting events during their time. The story does offer us something different though, showing us how certain traditions are being kept secret despite them being completely twisted and outdated. The story does end up feeling slightly too long, which could have easily had a little bit more trimmed off the core of the story.

Themes – Dachra is a horror thriller that channels The Blair Witch Project for the creepy atmosphere, with the remote settings that will keep us being prepared for fear. It does use the local beliefs from Tunisia which will highlight the witchcraft going on within the country and other areas. We do get plenty of slowly built up scare moments in the film, which will leave you shocked during them.

DACHRA opens in theatres and virtual cinemas nationwide in the U.S. on Friday, July 9th.

THE NEST will be available at Redbox for an exclusive two-week window beginning July 6 before a wide Digital and DVD release on July 20.