Story: Vita & Virginia starts when author Vita Sackville-West (Arterton) has become interested in getting to know Virginia Woolf (Debicki), with her have her own lesbian desires, her husband Harold (Penry-Jones) has his own homosexual secrets, with their marriage being more for show for the time.

As Vita and Virginia start to get closer, the pair both know they must continue their public image, family image, needing to keep their affair in the shadows, being the motivation for many of their books.

Final Thoughts – Vita & Virginia is a story that looks at the secret, well not so secret relationship Vita Sackville-West and Virginia Woolf had in a society that frowned upon any sort of homosexuality, where the men, their husbands could be involved with men, while the women were considered wrong for their decision to be involved. We see how the two women must first look to break away from what they are being told, to explore their desires, with the performances from both Gemma Arterton and Elizabeth Debicki being wonderful to watch. This does get the message of the how society has changed over the time, with one of the most iconic figures in woman literary history.

This is under Q because of one of the characters called Q. 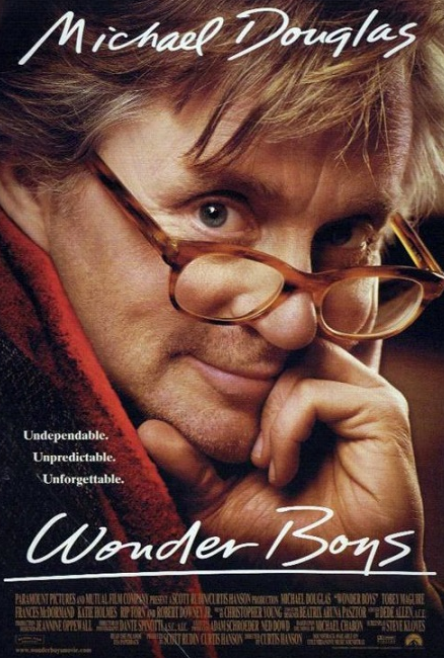 Plot: An English Professor tries to deal with his wife leaving him, the arrival of his editor who has been waiting for his book for seven years, and the various problems that his friends and associates involve him in.

Tagline – A weekend from hell became the time of his life.

Story: Wonder Boys starts as an English professor Grady Trip (Douglas) has his wife leaving him in the middle of his writing block, as he is desperately trying to write his latest novel, which has taken over seven years, his editor Terry Crabtree (Downey Jr) arrives in town, hoping for him to return to his best.

Grady learns that one of his most gifted students James Leer (Maguire) has written his first novel, along with Hannah Green (Holmes) preparing for her first novel, with Grady’s life spiralling out of control, the woman he has been having an affair with Sara Gaskell (McDormand) is pregnant, with them needing to decide what to do next.

Characters – Grady Tripp has seen his wife leave him, as he is about to get a visit from his editor looking for information about his latest novel, he has hit a block in life, not just writers block, where he sees one of his students showing the potential he wishes he had, deciding to help him find his own student, while getting caught in the middle of an affair with a colleague. He is left to make some big life decisions, facing the midlife crisis stage of his life. James Leer is the promising student in Grady’s class, he could become something special, only he seems to be having his own struggles, which sees Grady take him under his wing, to try and unlock the secrets about his life. Sara Gaskell is the colleague that Grady has been having an affair with, she is pregnant which has made the decision to stay together along the way. Terry Crabtree is the editor that worked on Grady’s first book, they are close and he is waiting for the chance to get back to the top in the editing world, even if his style tends to get the two in trouble more. Hannah is another student that has been living with Grady and looking at her ideal, wanting to follow in his footsteps of writing.

Performances – Michael Douglas in the leading role is great to watch, he shows us just how his character is watching his life spiral out of control, Tobey Maguire as the awkward student is wonderful to watch, as you are never sure what he will do next. Frances McDormand and Katie Holmes are strong through the film, only they don’t get enough time, while Robert Downey Jr as the flamboyant editor that you just don’t know what will do next.

Story – The story here follows an English professor that’s life that to spiral out of control, from having writers block, seeing potential in a student and seeing his wife leave him, while everyone else around him seems more organised with life. This story does have plenty of different arcs to how Grady’s life is going, another story we could see one of these arcs feeling empty, but this story manages to make each one feel special and part of the bigger picture going forward. We do see how midlife crisis can cause all sorts of problems in life for the people involved and see just how they aim to fix them, by causing more problems for themselves. Everything in told in a light hearted manner, which helps keep things feeling grounded too.

Comedy – The comedy comes from the different situations that Grady finds himself in, usually getting himself into trouble along the way, needing to find a way out.

Settings – The film uses the settings to show us just how the everyday life of a struggling author and teacher will operate, it shows the luxury parties they would attend and the mess they would call a home.

Scene of the Movie – The car trip with the rival.

That Moment That Annoyed Me – Most of the problems are from his drug use.

Final Thoughts – This is a fun comedy that will get laughs, has an excellent cast and is one that shows how to manage multiple story arcs with ease. 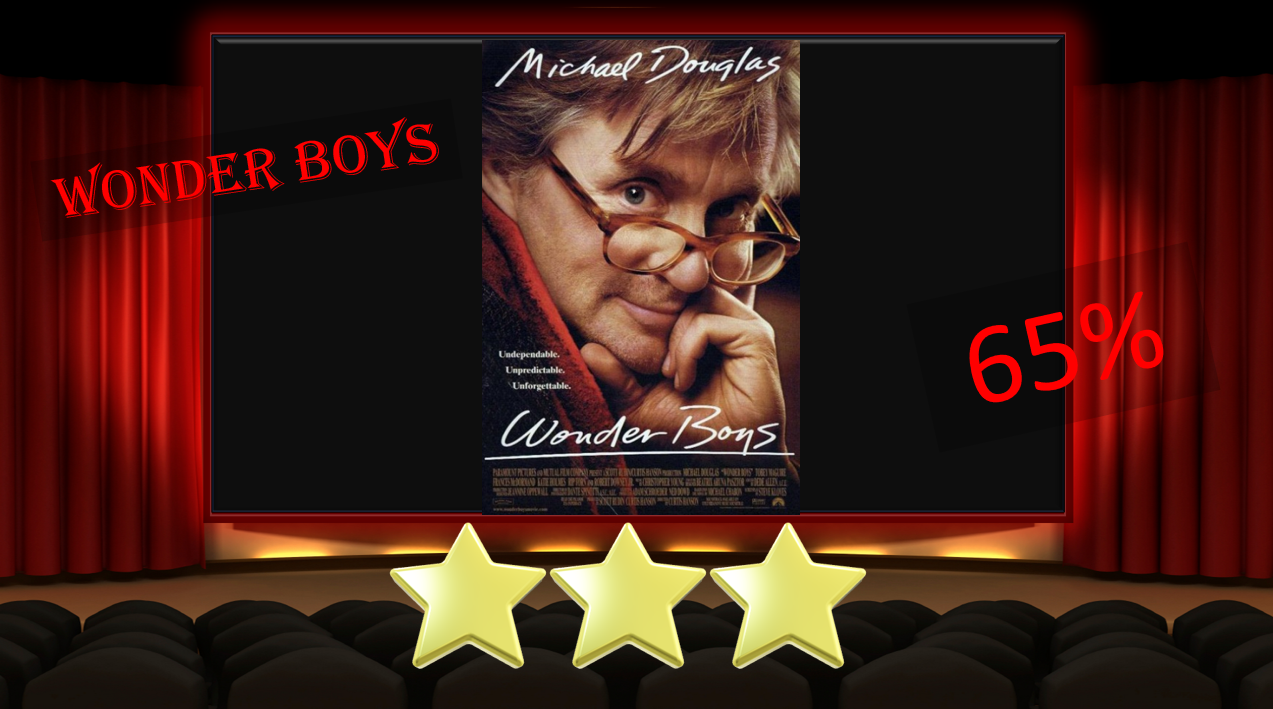