Plot: The chair of a mysterious Foundation whose charity balls double as masked sex parties does everything in her power to protect her darkest secret: the hidden camera in her guest bathroom.

Tagline – Welcome to the Devil’s Ball

Story: X starts as we get to enter one of Christian better known as X (Raymond) secret parties, this time Stella (Boivin) has gained entrance, needing to learn the rules quickly to have a chance of fitting in.

As Christian looks to regain the control of the parties she is hosting, where she watches the video she keeps in the bathroom, feeding her pleasures. Christian works with her partner Danny (Smick) who helps arrange the parties to improve things, which will see Christian start to lose control of the thing she needs the most.

Characters & Performances – Christian is the hostess of a monthly sex party, she selects the masked guests to bring people together to feed her addiction. She has been filming the bathroom at her parties, hoping to catch things to give her pleasure, only to see this get caught up in ruining her reputation. We do get to see the deeper side to this character and just how damaged she is. Hope Raymond a good job in this leading role, filled with the confidence for the show and the insecurities away from the audience. Stella is the mysterious new person to attend the party, who breaks the rules without knowing them. She offers something Christian hasn’t had before, while keeping plenty of secrets about herself. Eliza Boivin makes this mysterious character interesting in the world we are entering. We do get to meet the person Danny who helps Christian arrange the parties, along with the people who are always looking for a way to make a name for themselves.

Story – The story here follows a hostess of masked sex parties that sees her life turned upside when her own secret gets revealed to the guests. This is a story that will focus on a world where people have more money than sense, with them needing to pay for the exclusive sex parties. It has the concepts of trying to make sure you have more power than anything else. We mostly get to follow someone who has created a world where they are in complete control, getting everything they want, slowly fall away from them. For the length of the story, this is too long, we could have easily chopped this story down to 90 minutes, we didn’t need a 2 hour plus movie. 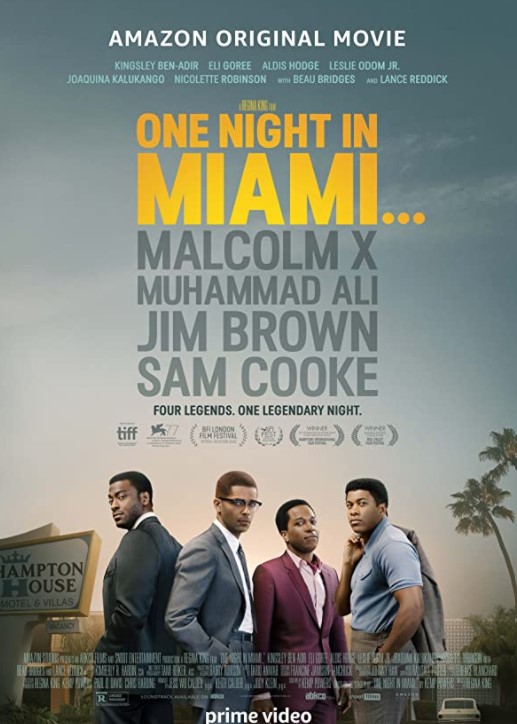 This is more of a prediction that this movie will be nominated in 2021 for Oscars, full review here.

Plot: A quiet drifter is tricked into a janitorial job at the now condemned Wally’s Wonderland. The mundane tasks suddenly become an all-out fight for survival against wave after wave of demonic animatronics. Fists fly, kicks land, titans clash — and only one side will make it out alive.

Story: Willy’s Wonderland starts when a silent lone drifter (Cage) sees his car have all its tyres damaged, taken back to the small town of Hayesville, he is offered a chance to repay his debt for the damage, to clean Willy’s Wonderland overnight, something the owner Tex Macadoo (Ric Reitz) has planned out for him.

Local young lady Liv (Tosta) knows something is going on in the Wonderland and has been planning to destroy it for years, now, with her friends, she will enter the Wonderland to save the man, only he has already planned for what is going to happen overnight, when the animatronics come to life.

Characters & Performances – The Man has been travelling around the country, finding himself in Hayesville, a place he seems to have planned to attend, agreeing to clean the abandoned Willy’s Wonderland overnight, he is prepared for the surprises his finds waiting for him, fighting them off, cleaning up as he goes along, never saying a word, as well as showing off his OCD routine, which will give us one of the funniest moments of the film. Nicolas Cage is let off his lease in this film where he is will not hold back in anyway. Liv Hawthorne is a local young woman who has been trying to destroy the Wonderland for years, despite the local Sheriff always stopping her, this year is the year she plans on doing this for good, but first she needs to rescue the latest victim. This character is here to help fill in the gaps, with her friends being used to show what the Animatronics are capable of. Emily Tosta brings us the grounded character who is full of fight, while wanting to do the right thing being strong and being the one with the biggest emotional impact in the film. We do get the disposable friends that are here to help give the animatronics a body count, each of these characters are everything you are expecting to see in the horror film. The different animatronics each have their own character, being a different creation, you would expect to see in a family friendly restaurant, each will have their own strengths in combat.

Story – The story here follows a lone drifter who agrees to clean an abandoned family restaurant that happens to be cursed by demonic animatronics that need to feed, only this drifter has been prepared for this night, while a local young woman is trying to end everything going on within the walls. This is a story that gets a lot of the story filled in by the side characters through the film, which will become the basics of horror, with a twist on the demonic creations. We are here for one main reason, to see Nicolas Cage fight animatronic creatures, sometimes we just don’t need a deep story, but the one biggest weakness in the story is how the Man/Janitor played by Cage knows what is going on.

Themes – Willy’s Wonderland will give us plenty of blood and oil splattering entertainment and violence, seeing the fight between Cage and the life size fuzzy gorilla, ostrich and crocodile to mention a few, the music is used to intensify the fights and with the singular location, we see the character trapped against the demonic animatronics, which all look amazing through the film.