Plot: The wives of New York gangsters in Hell’s Kitchen in the 1970s continue to operate their husbands’ rackets after they’re locked up in prison.

Story: The Kitchen starts when Kathy (McCarthy), Ruby (Haddish) and Claire (Moss) find their mobsters husbands arrested with the remaining boss not giving the wives enough money to survive. The three women decide to tack control of Hell’s Kitchen.

As the three women take control, they find themselves getting the respect required in the city, attracting attention from the rival gangs in the different districts of the city, escaping the small side of their lives, becoming the real deals in the city.

Thoughts on The Kitchen

Characters – Kathy is the wife and mother that has always had to let her husband bring in the money, until he gets put in jail. She finds it hard to make ends meet, can’t get a job, until she joins the other wives in taking over the business. Ruby has always felt like she shouldn’t be part of the family, and once her husband is in jail, she joins becoming the most ambitious of the three. Claire used to get beaten by her husband before he is set away, looking to step up and stand up for herself, she thrives in this new environment. Gabriel is an old flame for Claire, a man that treats her right. He does have a violent past, which helps the women deal with problems they could face.

Performances – Melissa McCarthy, Tiffany Haddish and Elisabeth Moss are all good together in the leading roles, they show how each has a different motivation in life, while being there for each other.

Story – The story here follows three wives that decide to take over their husband’s business once they end up in jail, the change things and improve the neighbourhood, until they find themselves needing to deal with their husband’s release from prison. This does spin the mobster movie on its head, showing us a different side to everything, with how the criminal actions unfold, showing us how three women break the traditional mobster mentality to show a fairer side to being in charge, despite the fact the locals are not keen on the change at first. We get the dealings which will see bodies pile up, but deep down they are looking to make a change for the better, not the worse.

Action – We are left with seeing mobster like action in the film, which does see us dealing with how the shootouts would happen, without needing to get into over the top style we could see.

Settings – Hell’s Kitchen is the backdrop for this film, it lets us deal with the bigger picture of just part of New York trying to be controlled, with the neighbouring locations being targets or threats for the women.

Scene of the Movie – The first Italian meeting.

That Moment That Annoyed Me – The investigation side of things never feels like a threat.

Final Thoughts – This is an easy to watch mobster movie that tries to spin the power away from the male characters, showing that with power anyone will start getting out of control. 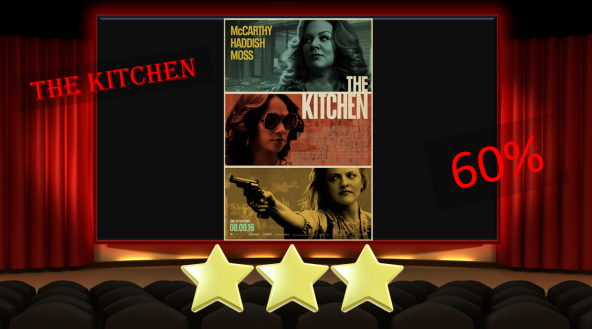