Plot: An in-depth look at the life and music of Whitney Houston.

Tagline – Her story: intimate, unguarded, in her own words

Story: Whitney starts as we learn about the early life of Whitney Houston, daughter of a world famous backup singer, surrounded by music from a young age, groomed into the industry before making her big break, stealing the headlines becoming one of the most famous artists in the world.

With fame comes the press, the stories, the decision being made to keep Whitney on the rise of fame to keep things on track, not let certain taboos for the time ruin her career, all before her marriage to Bobby Brown, which saw her fall into the vices of drugs, never knowing who she could trust.

Final Thoughts – Whitney looks at one of the most successfully singers of all time, she broke barriers on her way to the top, while on the top and with deals she achieved. We get to see interviews with Whitney’s family that helped her get to the top, helped her with her drug problems, treating it like something they could do as a family, while her husband’s controlling her life, never addressing her own problems. We get to see how the celebrity status ruined her career, took her life and how she was never given the support she needed to get out of her problems to continue to bring the music they enjoyed bringing the world. While this documentary looks at the tragedy of her life over getting to put the spotlight on some of her amazing musical moments, which should be remembered by everyone. 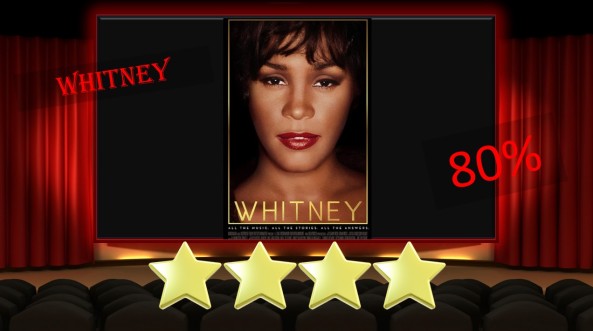