Plot: Set ten years after an apocalyptic event that killed millions and left the world inhabited by ghosts.

Tagline – What if your whole world was haunted?

Story: I Still See You starts as we go into a world where an event happened killing millions, leaving the remaining survivors in a world where the ghosts return daily to complete small tasks, without being able to interact with the living. Veronica (Thorne) is a high school student that starts to see something strange with a new ghost, turning first to her teacher August Bittner (Mulroney), then outsider student Kirk (Harmon) who has a reputation for understanding the ghosts in the world.

The deeper Veronica and Kirk start looking into the mystery about the new ghost, they discover, this ghost has an ability to do more than just visit, he is a killer and now they are looking into his history to learn how they could stop him. 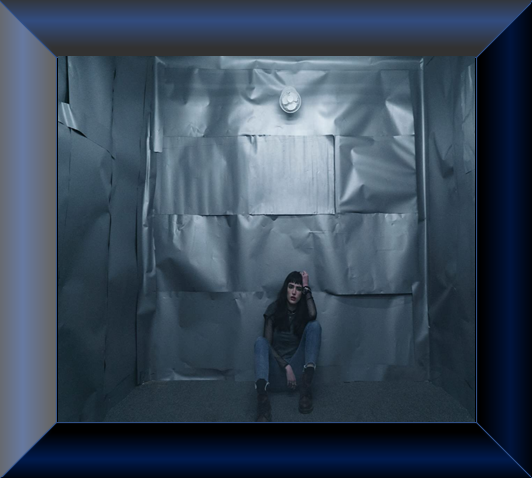 Thoughts on I Still See You

Characters – Veronica is a high school student that survived the event which took millions of lives, she is forced to watch her father fade away on a daily bases, only for her to start seeing a new ghost from her world that wants to attack her, this leads to her needing to figure out the truth and not knowing who to trust to make it out alive. Kirk is considered the outsider, this is because he has studied the ghosts, getting closer to understanding the bigger picture involved with them. August Bittner is the teacher that explains to the students about what is going on in this world, he is the person Veronica trusts the most looking for help. Mrs Calder is Veronica’s mother that is still a big part of her life, trying to help her get through it all.

Performances – Bella Thorne in the leading role is strong enough, showing the person needing to fight to survive in a world where ghosts are all around us, Richard Harmon brings us a character that fills the gaps in the story, doing nothing wrong, with Dermot Mulroney being a good teacher figure. None of the performances are outstanding, they all help the film role well.

Story – The story here follows a high school student who lives in a world where an major event killed millions, with the new ability to have ghosts appear in everyday life, like memories, only now she has seen a new ghost that is trying to kill her, forcing her to uncover the truth about what happened in the incident. This is a story that does seem to fall into the ghost investigation story, but by having ghosts in everyday life, it takes away most of the horror side of this. The world we enter is interesting, though it would have been nice to see just how big the event was in the whole world, as it does seem like it was only this one city. We are left to wonder about who could be trusted in Veronica’s life which is important because that is how ghost investigations movies work.

Fantasy – The fantasy size of this film focuses first on the world created and how the people in the world operate with what happens.

Settings – The film puts us into a city that has been left with the shadows of lost loved ones, it does give us a dark feeling through the film about what is happening.

Special Effects – The effects are used well to show us how the ghosts going on within them fading away like real.

Scene of the Movie – The off-limits city.

That Moment That Annoyed Me – The final reveal.

Final Thoughts – This is an interesting ghost investigation where it creates an engrossing world, filled with pain because of what happened, with the idea of a race to survive the unknown coming through strong.