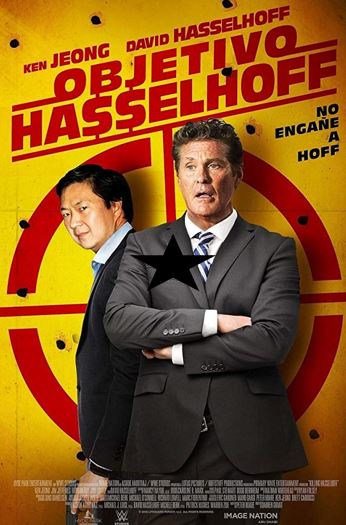 Plot: A struggling nightclub owner resorts to desperate measures in order to pay off a loan shark.

Story: Killing Hasselhoff starts as struggling night club owner Chris (Jeong) who has been part of a celebrity Deadpool, where his pick David Hasselhoff somehow keeps surviving his insane stunts, the prize pull between friends is over half a million dollars.

Chris’s week only goes from bad to worse, when a party in his club involves a minor, and after a complication he gets accused of doing drugs and sexually assaulting the minor and he owes a loan shark Wasserstein (Sasso) $400,000. His plan is to kill David Hasselhoff to claim the Deadpool.

Characters – Chris Kim is a night club owner that has never been good with his money and after a scandal in his club, his life is left going down the drain, his only out is to cash in on the celebrity Deadpool. The Hoff is the man we know, this does play into the over the top version of him. Wasserstein is loan shark that Chris owes money to and must payback or face being killed. Redix is hired to kill the Hoff by Wasserstein and isn’t like your normal assassin.

Performances – Ken Jeong is an acquired taste for comedy and if you do want to just watch his routine this is fine, as a leading man he just isn’t good enough and this shows him struggle. David Hasselhoff gets to poke fun at himself here which is good, though it gets tiresome quickly. The rest of the cast are fine but never become engaging enough to make us care.

Story – The story follows a down on his luck man that turns to the celebrity deadpool in a hope to clear his debts, which means trying to kill the celebrity he picked David Hasselhoff. This does follow the comedy style of storytelling which involves everything going wrong that could go wrong and Chris needing to learn a lesson. The story is mostly forgettable and is more focused on trying to promote comedy routines of the actors involved.

Comedy – The comedy seems to only focus on the stand up routines of the people involved with nearly everything not getting a laugh.

Settings – The settings keep us in the Malibu area which is meant to be where the Hoff lives, it shows the party lifestyle of the people we meet. 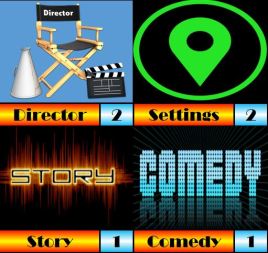 Scene of the Movie – The replacement on the pool.

That Moment That Annoyed Me – The jokes.

Final Thoughts – This is another terrible comedy that misses all the jokes and ends up falling flat from start to finish.