Plot: A freak tsunami traps shoppers at a coastal Australian supermarket inside the building – along with 12-foot Great White Sharks.

Story: Bait starts when Josh (Samuel) and his fiancée Tina (Vinson) witness their best friend and brother killed in a shark attack, one year later, they live very different lives, with Josh stacking shelves and Tina moved on with her life. On this day Doyle (McMahon) has planned his robbery of the supermarket, on a tsunami hits the coast, flooding the store.

The survives find themselves trapped on the shelfs with Josh taking charge of the survival efforts, using his knowledge of water survival, with Tina needing to face her own fears of the water, with the water rising, things only get worse when they learn that a great white shark has become trapped in the store too, the race to survive is on.

Characters – Josh is the former lifeguard that sees his best friend killed by a shark, his life has been ruined with the guilty eating him up inside, when the disaster happens, he gets to help the survivors and reconnect with the love of his life Tina. Tina is the former fiancée whose brother it was killed in the opening attack, she has moved away which broke them up, her character is a strange one because it starts with her fear of the water, only to seemingly forget this once the shark arrive. Doyle is the thief who wants to rob the supermarket, he has lost control of his team which causes the robbery to go wrong, though he shows he never wanted to hurt anyone. We get lots of supporting characters that don’t really bring too much to the film if we are being honest, we have too many which only gives us too much shark bait or too many small side stories we don’t care about.

Performances – Xavier Samuel is the highlight of the performances here, he does have to do the action and emotional material as he is the one dealing with the loss of his best friend and life falling apart, he handles the action well too. When we look elsewhere Sharni Vinson, Julian McMahon and Phoebe Tonkin are fine with their roles and could have been interchangeable with a blink of an eye.

Story – The story does bring us elements of original material, a tsunami hits the coast trapping people in a supermarket which just so happens to get a great white shark trapped in too. Watching the survivors trying to figure out how to get out of the building is interesting to see, for a survival movie you can enjoy this, the problem comes from too many characters that are harder to keep up with because you don’t know who to invest in because some are not interesting, the couple in the car are just annoying and you start to feel like some characters don’t even have an idea between their ears. For a shark movie, this is an acceptable story to watch, it does work well without breaking any barriers.

Settings – The film keep us in two main locations, one is the supermarket and the other is the parking lot, they both have sharks in with little chance of escape until the shark is dealt with and the water levels rising.

Special Effects – The effects are the weakest part of the film, the opening shark attack is laughable and it doesn’t get much better from there. 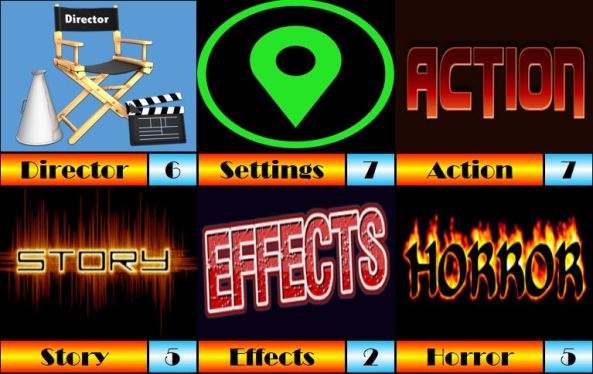 That Moment That Annoyed Me – The CGI is terrible.

Final Thoughts – This is a good late-night shark attack movie, you can enjoy this with a couple of drinks to get extra kicks.