Above the Law is under Z because of the villain Zagon.

Tagline – He was a covert agent trained in Vietnam. He has a master 6th degree black belt in Aikido… and family in the Mafia. He’s a cop with an attitude.

Story: Above the Law starts when retired special operations solider turned cop Nico (Seagal) starts investigating his latest case with his partner Jacks (Grier). The case sees him tracking down a drug dealer which as is Nico’s way, sees him going above the law with how he handles his dealings.

When Nico get told to walk away from the case, it leads to him going against the rules once again, making him a target for the real criminal Zagon (Silva) that starts by targeting his personal life.

Thoughts on Above the Law

Characters – Nico Toscani travelled the world to learn martial arts, joined the special operations unit in Vietnam before returning to be Chicago to be a cop. His methods go against the normal for any cop and his family is the most important thin in his life, if you mess with them he will come for you. Jacks is the partner of Nico, she does try to guide him to stay within the law, even if she knows he is right with his actions. Kurt Zagon is the criminal mastermind, he has all the small town criminals in his pocket and isn’t happen when somebody starts causing him problems in his business. Sara is the wife of Nico that supports him and is the one person he will protect without a second thought.

Performances – Steven Seagal is always going to be known for his action films, he is easy to watch with his style and this is one of his better ones before it became too routine for him. Pam Grier is a performer that we wish we could have seen more of because she does bring her supporting performance to life. Henry Silva is the much needed villain of the piece that does above the law with his action. Sharon Stone doesn’t get that much time on camra if we are honest, making it hard to judge her performance.

Story – The story follows a harden cop that will do anything to get the criminals being forced to go against the law to make sure they are off the street even though his latest case will put a target on his back. This story does show us how a cop can walk into a bigger conspiracy going on which will see him needing to find a way out of the trouble he has stumbled into. Being a Seven Seagal movie, it clearly doesn’t need a very deep story which this one doesn’t offer in any way.

Action/Crime/Mystery – The action in this film is here to give Seagal an chance to show off his fighting skills which is all it needs to really, this one does feel like one of the smoother ones though. The criminal world our cop enters shows how criminals can operate both sides of the law. The mystery is around whether Nico can solve the crime before it is too late.

Settings – The film is set in Chicago which is one of the easy go to locations for any police drama. 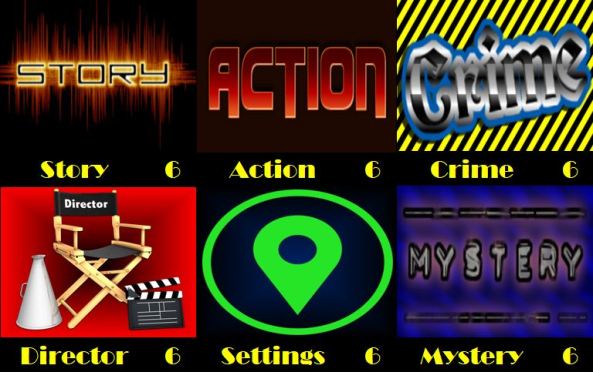 Scene of the Movie – The four on one stand off.

That Moment That Annoyed Me – This isn’t the deepest story.

Final Thoughts – This is one of the early typical Seagal movies, we know the action is going to work for his style without being anything that we haven’t seen before.