Plot: A mother and daughter head off for a secluded weekend to reconnect but little do they know the sordid past of the home they’re staying in let alone the strangeness it attracts as they descend into madness.

Tagline – fear comes from within

Story: Evil Under the Skin starts when Sophie (Udy) and her daughter Roselee (Barajas) are spending time together in a lake house to reconnect, they enjoy a drink or too, when locals Carla (Hamblin) and Matt (O’Hearn) start eyeing the pair up, wondering about the noise coming from the home at night.

As the time continues there is an air of uncertainty about the truth, whether something has happened in the house that Sophie is denying.

Thoughts on Evil Under the Skin

Final Thoughts – Evil Under the Skin is a very strange movie, it is trying to build up a big mystery about an even that has happened between a mother and daughter, we learn that something has happened, only we are not sure what, as we are stuck following characters actions about what happened. When it comes to the acting, you can see the weaknesses here, with each interaction never feeling remotely real with none of the cast having any chemistry, leaving the movie feeling very flat. This is a film that just doesn’t seem to feel completed that ends up leaving you feeling very disconnected from everything going on.

We are under J because of the director Joe Dante. 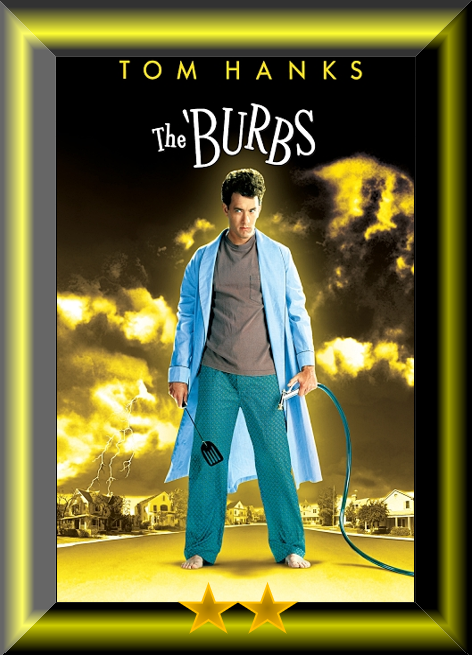 Plot: An overstressed suburbanite and his fellow neighbors are convinced that the new family on the block are part of a murderous Satanic cult.

Tagline – He’s a stranger in an even stranger land… Suburbia

Story: The ‘Burbs starts as we head to the suburban neighbourhood, where Ray (Hanks), Mark (Dern) and Rick (Ducommun) all start wondering about the newest member of their neighbourhood, a mysterious family that don’t tend to their garden or come out in day time, with the rumours spiralling out of control, the guys do look to find an answer.

The deeper the group get, the wilder the imagines run with just who the neighbours are, from vampires, to satanic cult members, but just how far with the rumours go. 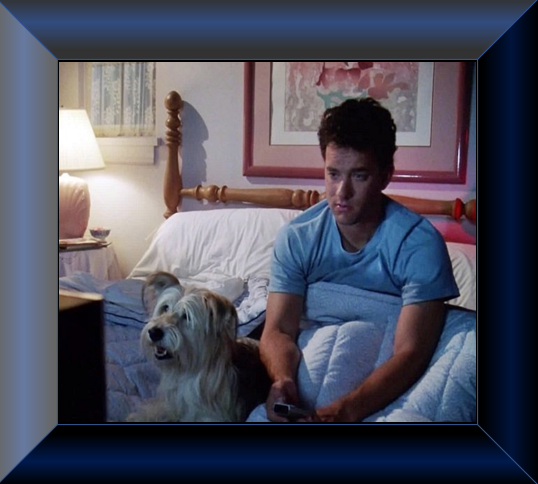 Thoughts on The ‘Burbs

Characters – Ray is the member of the neighbourhood everyone turns to, he is trying to have a week away from the stress of work, which only gets caught up when the rest of the neighbours want to learn about the mysterious new neighbour, where he must lead the investigation, being the most normal of the three main group. Mark is the military nut that will be able to undercover, but wants to solve the problems quickly, letting other people do the more dangerous tasks. Art is the member of the group that gets thrown into the wackier ideas, which sees him getting the slapstick laughs through the film, with Carol being the long suffering wife of Ray that just wants him to have fun on his time off.

Performances – Tom Hanks is strong enough in the leading role, he does make himself the most likeable of the three main guys, while Bruce Dern does get the most laughs, even if we waste Carrie Fisher at times.

Story – The story here follows three neighbours that start to question the new neighbours believing there is a bigger mystery about who they are, which leads them to investigate the mysterious family. This is a story that just shows how suspicion will only escalate into something deadly, when the rumours are just looking to make the boring lives interesting. We don’t get into the levels we could get too, with the hints of something big, only for it to end up being more of a problem between grown men.

Comedy/Mystery – The comedy in the film is a mix of slapstick, which doesn’t really hit, while the clever movements of Hanks which will get some low key laughs, with the mystery being about the neighbours being the main part of the story.

Settings – The film is set in suburbia and shows how the neighbours are getting too close and suspicious about what is going on within their street.

Scene of the Movie – Ricky watching the events unfold.

That Moment That Annoyed Me – It kind of feels flat.

Final Thoughts – This is a comedy that misses more often than not and ends up lacking in the story side of the film.