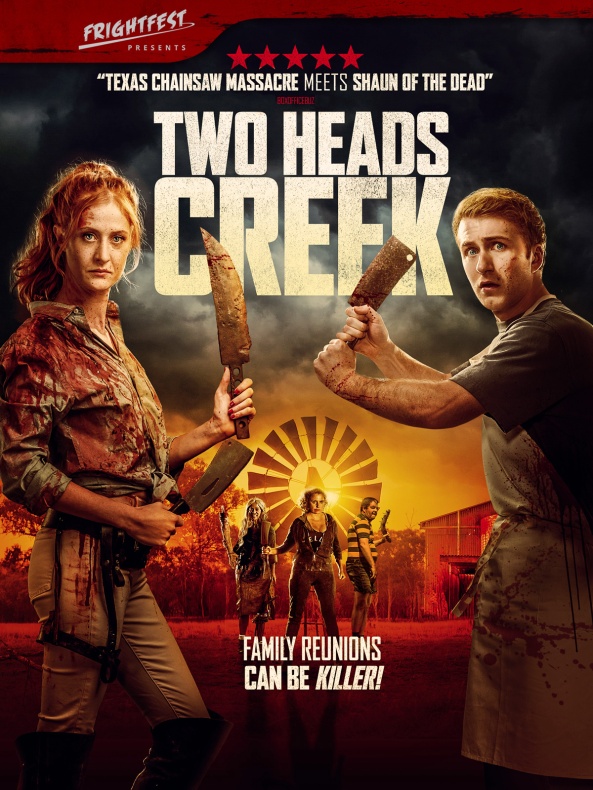 Plot: A timid butcher and his drama queen twin sister quit the hostile confines of post- Brexit Britain and adventure to Australia in search of their birth mother, but the seemingly tolerant townsfolk are hiding a dark, meaty secret.

Tagline – In the outback family can be deadly

Story: Two Heads Creek starts when Polish butcher Norman (Waller) and his drama queen twin sister Annabelle (Wilder) get tired of the abuse they are receiving in England, they look to leave, when they discover they were adopted, with their real mother Mary (Armstrong) living in a town Two Heads Creek in Australia.

Once they arrive in the town, they learn that Mary has died and they are here for the funeral, only the town has a secret, one that they don’t want people to know about, one where the visitors don’t get to leave. Characters – Norman is a timid butcher that deals with constant abuse in England, he is popular with the non-English, only for his trip away, he starts to want to take more chance and fight for the right thing. Annabelle is the actress twin sister of Norman, she is looking for a fresh start, she is colder towards people, but she is filled with confidence in everyday life. Apple runs the town with her friend demeaner that welcomes the guest, while having her own plan for the guests. We get a host of locals that all have their own quirks to make them stand out.

Performances – Jordan Waller and Kathryn Wilder are fun as the twins that don’t always act the same, but will show how they will fight together. When it comes to the residents, they do show the quirky side throughout.

Story – The story follows twins who learn about their real mother in Australia and decide to visit, only to find out they are not prepared for what they will be learning in the small town of Two Heads Creek. This is a story that shows us just how difficult to learn the truth if you learn you were adopted, while escaping from a life that could well be holding you back that is miserable. When we deal with the strange town, it does create the uncomfortable atmosphere, but it does end up getting out of hand way too quickly, trying to grab jokes, over telling the sinister side of the story.

Comedy/Horror – The comedy in the film does seem to miss more often that not, with the movie references being the main focus, which feel forced more than anything else. The horror doesn’t feel as frightening as it would like either.

Settings – The film does change the way we see the twins lives, with the down depressed looking England, before the brighter and more open look to Australia.

Scene of the Movie – Final fight.

That Moment That Annoyed Me – Too many references.

Final Thoughts – This is a horror comedy that misses the jokes, lacks the horror, but feels like it does have the heart of family, keep the adventure safe without shocking us the way it could do. 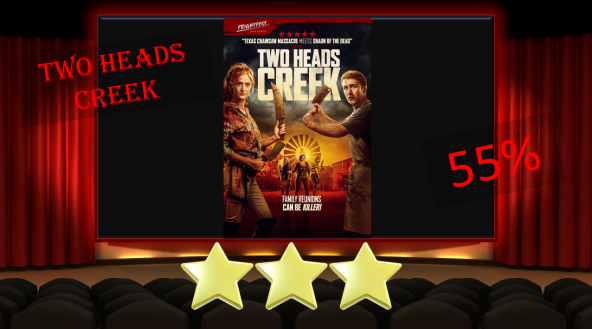