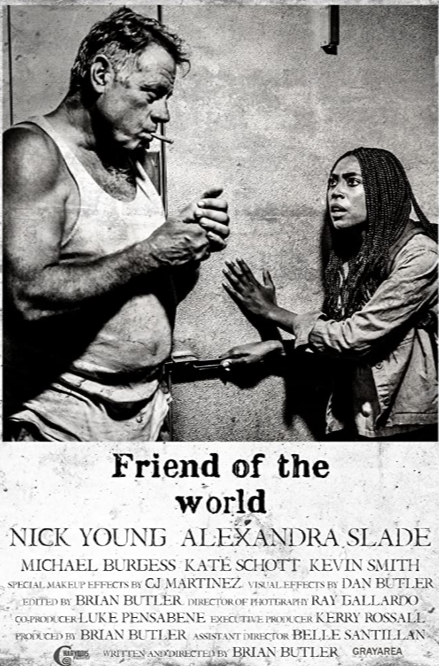 Plot: After a catastrophic war, an eccentric general guides a filmmaker through a ravaged bunker.

Tagline – You have been saved. This does not mean you are safe.

Story: Friend of the World starts as Diane (Slade) finds herself waking up surrounded by dead bodies on the outskirts of a bunker, she finds herself a way in, where General Gore (Young) has been living alone for so long, prepared for what has happened on the outside world.

As Diane learns to deal with Gore’s brutish ways, she starts to learn more about what has been happening in the real world.

Thoughts on Friend of the World

Final Thoughts –Friend of the World brings us the dark twist on the end of the world idea, bringing us some a person in Diane who doesn’t know the complete problem in the world, with the general that will go to extreme limits to remain safe. The two do clash easily, showing their differences through the film, while trying to put these differences aside. The environment is filled with terror, with each room seemingly offering something new, almost like a lesson for Diane along the way. Both Nick Young and Alexandra Slade are both wonderful to watch, showing us the mindsets of both of their characters. We do have a few unusual spots in the film, with certain bits trying for comedy that doesn’t seem to fit the dark mind of Gore, who when he spins iconic quotes usually gets the laughs required. 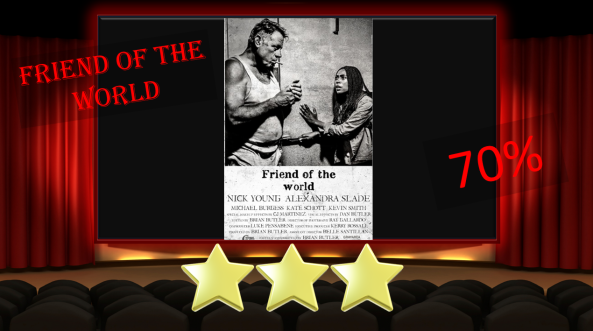