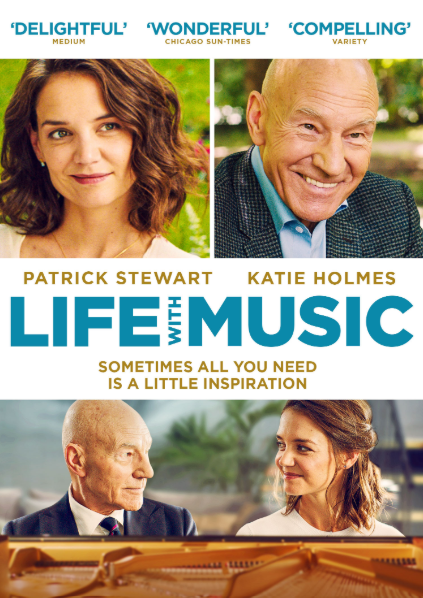 Plot: A famous pianist struggling with stage fright late in his career finds inspiration with a free-spirited music critic.

Story: Life with Music starts as aging pianist Henry Cole (Stewart) has started getting crippling stage fright, not being able to return for an encore, Paul (Esposito) does try to help calm the nerves and when he meets music critic Helen Morrison (Holmes) he starts to talk about the thing he loves the most, music.

We follow Henry as he looks to rediscover his inspiration to perform, without the fears that have crippled his later years on the stage. 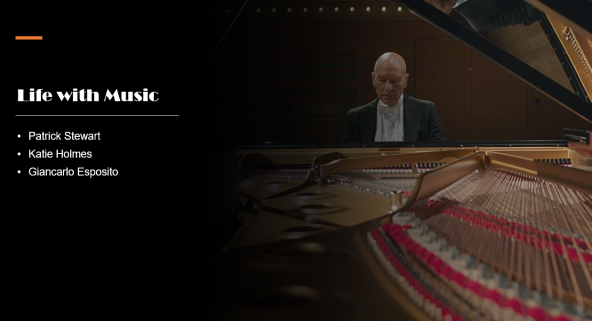 Thoughts on Life with Music

Characters – Henry Cole is the world famous pianist, he has performed for millions on the years, but has started to see himself dealing with stage fright and wanting to talk away form the spotlight, he has lost his desire to be in the world anymore, though he does have the desire to want to teach the next generation. Helen Morrison is a music critic that has been admiring Henry for years and finding herself getting the intimate time with her idol, helping him make his decision on his future. Paul is Henry’s agent that has always helped him through the difficult times, trying to help him put everything together for his performances, being there are a friend when needed too.

Performances – Patrick Stewart is delightful in the leading role being everything you would expect from him, Katie Holmes is great too, as is Giancarlo Esposito as the agent who will give motivation.

Story – The story here follows an aging pianist who is trying to cure his stage fright and find his motivation to return to the stage. This is an interesting look at trying to rediscover ones magic someone once had for their passion and the different people they might meet in life. While this is well acted, the story isn’t as engaging as it could be, focusing more on witnessing Henry looking at what makes life worth living, rather than taking on everything overly serious.

Settings – The film uses the settings to show us the different locations Henry would have been to through his career, along with places where he could discover the magic he has lost.

Scene of the Movie – Daniel’s visit.

That Moment That Annoyed Me – Too many shots of Henry wandering.

Final Thoughts – This is a good look at seeing how someone could lose the passion for something they love and with Patrick Stewart, you know you have something special in the performance too.