This is under N because of Nicole Kidman role in the film. 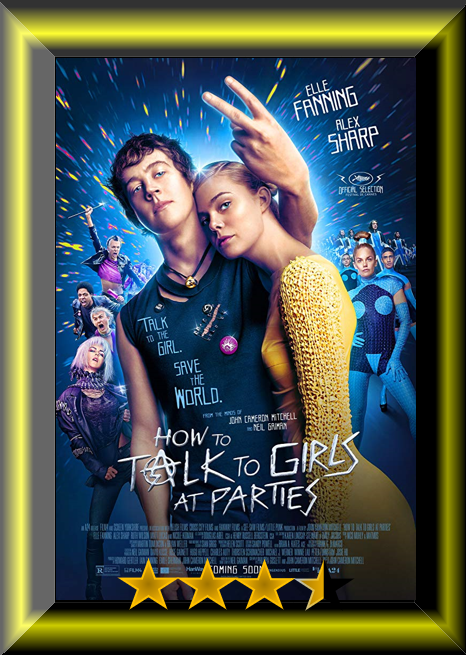 Plot: An alien touring the galaxy breaks away from her group and meets two young inhabitants of the most dangerous place in the universe: the London suburb of Croydon.

Tagline – Talk to the Girl. Save the World.

Story: How To Talk To Girls At Parties starts as we meet three punks Enn (Sharp), Vic (Lewis) and John (Lawrence) who are rebelling agains the establishment in the 1970s, when they look to go to an after party for a bad, only to end up at a strange party. Enn meets Zan (Fanning) one of the aliens at the party, one who wants to break the strict rules of her people.

The two go in search of discovery, while Zan is being tracked by her species who have been getting worried about what has been happening to her. With a forbidden romance being the new important relationship, which could save the world. 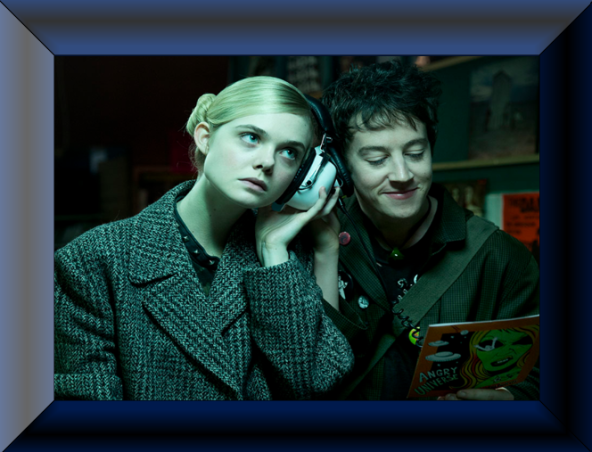 Thoughts on How To Talk To Girls At Parties

Characters – Zan is one of the aliens visiting Croydon, she is starting to question the ideas of her species, which sees her breaking their traditions to learn about Punk, a mission of self-discovery and research for her people, she does come off like most aliens, who don’t understand how to have a normal conversation, with most of her conversations involving her learning rather than communicating. Enn is a punk rock loving young man, he is in a little group, though he doesn’t seem to be completely behind breaking the establishment. He meets Zan to show her about the world of punk, he starts to learn about the bigger picture, experiencing love for the first time. Boadicea runs a punk club, she has always given bands a chance and knows how to read the each person claiming to be a punk. We do get a host of different leadership figures from the alien side of things, each one has a different plan for Zan.

Performances – Elle Fanning is great to watch in this leading role, she does show us a different side to her that needs to look distant, while acting completely interested. Alex Sharp is wonderful to watch to, as he continues to show he is a young actor that is going to be a big name. Nicole Kidman brings the star power to the movie, looking like she truly is enjoying herself, while the rest of the cast are all great to create the world we enter.

Story – The story here follows a punk who falls in love with a visiting alien, where both the younger generations want to fight back against the establishment that has been built up for them to follow. This is dubbed ‘Romeo & Juliet with Punks and Aliens’ that sums this film up correctly, we do have a forbidden love, with two characters from different backgrounds who are looking to stop a battle between the sides, even if the battle is more about aliens needing to learn from the end. Seeing the discovery of punk music is nice to see, it is something we have seen before, with the idea of an alien finding something worth saving that is against what they have been taught. We get plenty of scenes that would never imagine with punks and aliens fighting for the planet.

Comedy/Romance/Sci-Fi – The comedy isn’t the strongest part of the film, but when it needs to get a laugh we can, we spend a lot more time focusing of the romance of what could be the most important part of the film, seeing a human and alien fall in love, which does help us dive into the sci-fi side of the film, which sees an alien cult look to learn from the Earth.

Settings – The film is set in Croydon, we get the punk clubs, full of noise and chaos, while the aliens live in a house, which lets them design it in their own style, which makes them see just how big the universe could be.

Scene of the Movie – Zan sings.

That Moment That Annoyed Me – The comedy isn’t the strongest.

Final Thoughts – This is a fun romance story that shows us just how the eyes of people can be opened from a chance meeting, we have great performances from Elle Fanning and Alex Sharp along with a love story that lives through the ages.