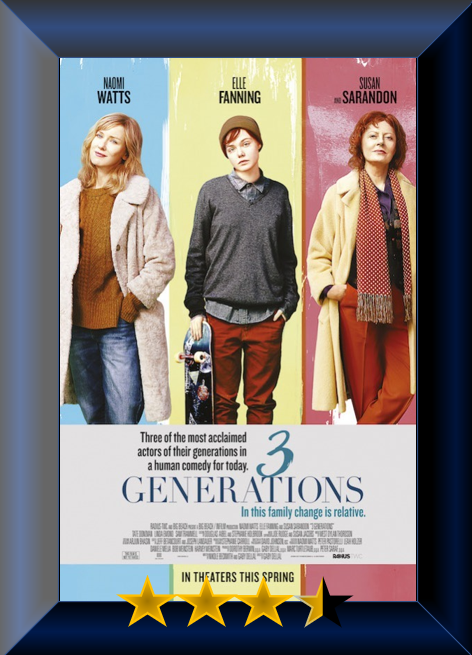 Plot: After Ray decides to transition from female to male, Ray’s mother, Maggie, must come to terms with the decision while tracking down Ray’s biological father to get his legal consent.

Tagline – In this family change is relative

Story: 3 Generations starts as we meet the three generations of women, Dolly (Sarandon), her daughter Maggie (Watts) and Maggie’s daughter Ray (Fanning) living in one apartment in New York City, Ray is starting her transition into a man, which sees Maggie willing to support the decision, Dolly struggling to understand it, while the biggest problem comes, from tracking down Ray’s father who must agree to the decision. 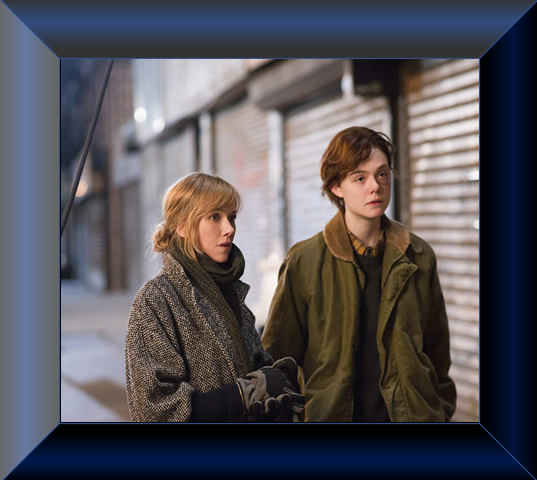 Characters – Ray was born a woman, that wants to become a man, she has started the treatment, but must wait for parental consent to go through the procedure, he wants to start a new school, to have a new life as a man, which isn’t going to be easy for the rest of the family. Maggie is Ray’s mother who is trying to make the right decision, she has the fears and questions about how she raised Ray, thinking it could have been her fault and is worried he might change his mind, she will say yes to helping though it means going into her past to ask for help. Dolly and Frances are the women that raised Maggie and are trying to help even if they are not the most understanding of the situation, with Dolly usually saying the wrong thing.

Performances – Elle Fanning is brilliant in the leading role of the film, balancing the last stages of being a woman and first steps to being a man, showing the struggles she is facing. Naomi Watts shows the conflict she is facing through the film with ease, with Susan Sarandon adding moments of comedy to the serious side of the film.

Story – The story here follows a teenage girl that is looking to go through the transition to become a man, with only the support of the women in her life, as we follow the family struggling to come to terms with the decisions being made. This story does show the difficulties in family’s that are going to go through this process, the complications if the family isn’t together still and the emotional damage it can do to the person who wants the change. Outside of this, we do look at the relationship between the generations involved, seeing how they do have their own problems to get through too.

Settings – The film is set in New York City, which always is a wonderful place to have a backdrop for life stories.

Scene of the Movie – Family dinner.

That Moment That Annoyed Me – Certain moments are overly complicated for no reason.

Final Thoughts – This is an important look at the transitional process for a teenage girl, we get to see how families could always be fixed and how coming together can change things in life.