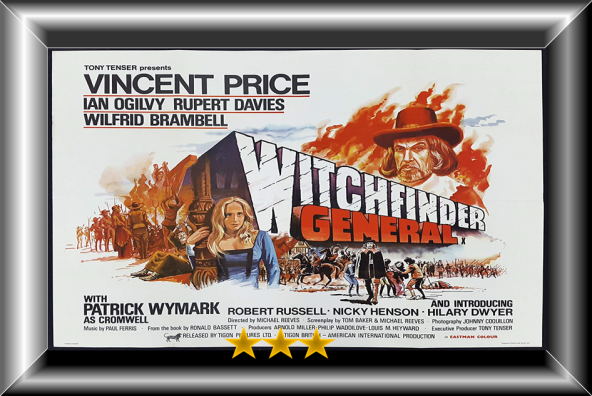 Plot: A young soldier seeks to put an end to the evils caused by a vicious witch-hunter when the latter terrorizes his fiancée and kills her uncle.

Story: Witchfinder General starts in the middle of the English Civil War, where soldiers fight for and against Oliver Cromwell are travelling around the country. Matthew Hopkins (Price) leads a group of soldiers who play into the superstitions of small village, punishing women they believe to be witches, while Richard Marshall (Ogilvy) is preparing to marry Sara (Heath) the niece of a priest.

When Hopkins and his men arrive in the village, they continue their witch hunt, where they target the priest with John Stearne (Russell) the sadistic member continues to torture the people, until Richard decides to fight back for his people. 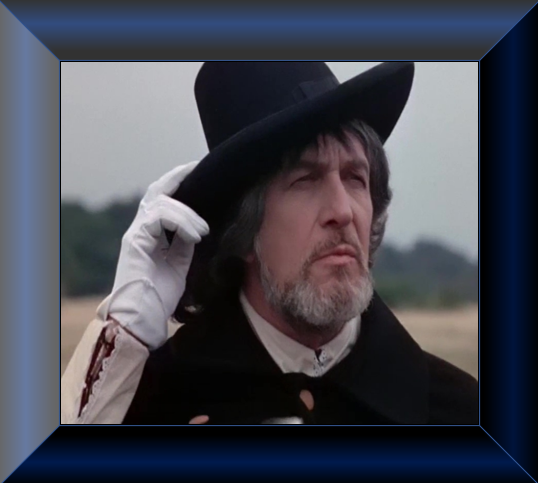 Characters – Matthew Hopkins is the man that believes he is right to be hunting for witches in towns, he will go to extreme lengths to get the witches giving them no chance of surviving the trials, letting his men do the more sadistic work for him, using his position of power to seduce women. Richard Marshall fights for the king, he sees the witchfinder come into his town and after what they do to his family, he risks his own life to hunt down the witchfinder to get revenge. Sara is the niece of a priest that is accused of witchcraft, she will do anything to save her uncle, being taken advantage of by Hopkins, while seeing her husband Richard going out for revenge. John Stearne is the man that enjoys performing the sadistic rituals to find out whether people are witches or not, though he can become paranoid about whether he will get captured or not.

Performances – Vincent Price is a horror icon and it shows how he could dominate the genre in his career here, easily be the star of the show, with the rest of the cast struggling to keep up with him.

Story – The story here follows a group of soldiers that travel around to small village to torture people claiming they are witches, only after they picked the wrong village, as one of the soldiers for the king goes in search for revenge against the witchfinder. This does play into the superstitions of the world with witch hunting which will become the main source of the story and how people would react to the hunting. It does fall into a standard revenge thriller and is more interested in trying for shocks over anything else.

Horror – The horror in this film comes from seeing how the world is treating potential witches and what Hopkins and his men do to them.

Settings – The film does use the locations to show us the English countryside with small villages that would live in fear.

Scene of the Movie – The final shot.

That Moment That Annoyed Me – It is too generic in how the story unfolds.

Final Thoughts – This is your typical 60s British horror that does everything right without being anything as ground breaking as it could have been.