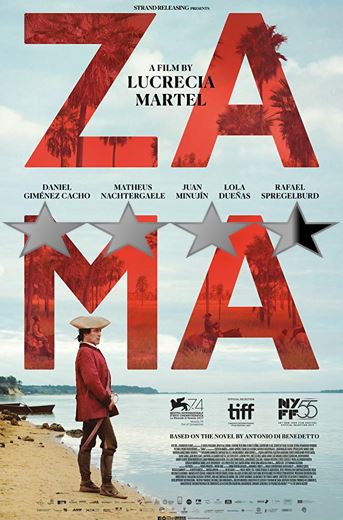 Plot: Based on the novel by Antonio Di Benedetto written in 1956, on Don Diego de Zama, a Spanish officer of the seventeenth century settled in Asunción, who awaits his transfer to Buenos Aires.

Story: Zama starts with Spanish Colonel Zama (Cacho) who is ruling over a small community, waiting for his transfer to a bigger city, he looks after the local from the trouble makers which include Vicuna (Nachtergaele), while trying to win the heart of the most beautiful woman on the island Luciana (Duenas).

We continue to follow Zama go about his everyday routines, which sees him control the slavery side of the island, protecting the woman and just trying to prove he can handle to pressure coming his way.

Characters – Colonel Zama has been placed by a small community in Asuncion, he wants to move to Buenos Aires believing he has done everything he can for this small community, he has kept the peace within the community, dealing with the problems and treating everybody fair, he will face his toughest test that goes with the wait. Luciana is the beautiful woman that Zama is constantly trying to impress in the community Vicuna Porto has caused problems before and is one of the reasons why Zama needs to remain in control with his nonsense ideas. We do get to meet the different people around the community which does show the difference between the natives and the Spanish that were invading this land.

Performances – Daniel Gimenez Cacho is the strongest member of the cast here, he brings us a character which is stuck in a position he hates, but must make the most of it too make it through to the next stage. The rest of the cast are strong supporters in the film without hitting the highest levels of what to expect from the film.

Story – The story here follows a Spanish Colonel that is stranded looking after a small community, trying to keep things in order, hoping that one day he will get a transfer to a better location, only to find himself at the mercy of the locals that no longer want the Spanish invaders. This does paint the ideas of how any invading nations that could upset the land, we see how some people are just forced into the location who do want to do good without being accepted, with conflict being the only option for the locals.

Settings – The film does put us in the island location which does show us just how lost Zama is being left in this location. 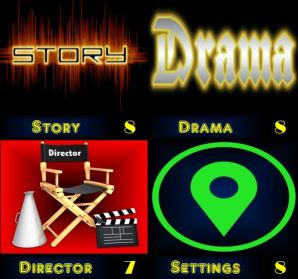 Scene of the Movie – Vicuna shows his true colours.

That Moment That Annoyed Me – The pacing isn’t the best.

Final Thoughts – This is an interesting look at how the invaders treated and were treated by the locals who wanted to stop losing their land.