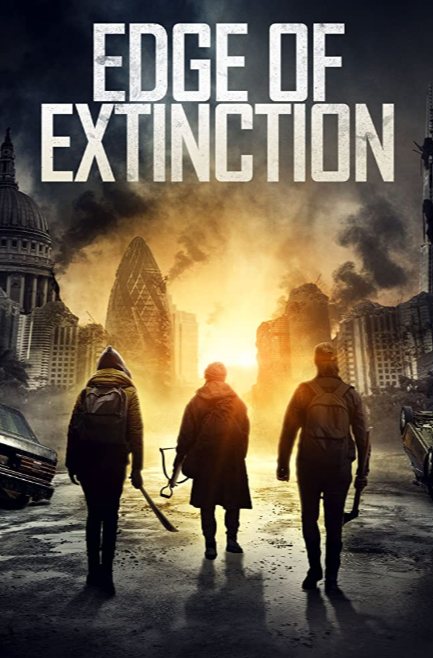 Plot: 15 years after World War III, the nuclear winter is over, but mankind is on the verge of extinction. Civilisation no longer exists, food is scarce and most eke out a living by stealing and killing. One boy clings onto life in the desolate countryside of southern Britain, where staying away from other humans has been key to his survival. But this self imposed isolation comes to an abrupt end when he crosses paths with another group of survivors and an enemy far more savage than any of them could imagine.

Verdict: Bleak End of the World

Story: Edge of Extinction starts in the aftermath of a nuclear war, the Boy (Hobson) lives in isolation away from everyone, keeping his supplies together until he meets a Girl (Smibert) who ends up being a trap for a group of Road Rats, with The Man (Kaye) taking his stuff.

When the Boy goes looking for revenge, he discovers the group under threat from a bigger group of cannibals, who take the Girl, forcing the Boy to team up with the Man to rescue the Girl from the new danger she finds herself in. 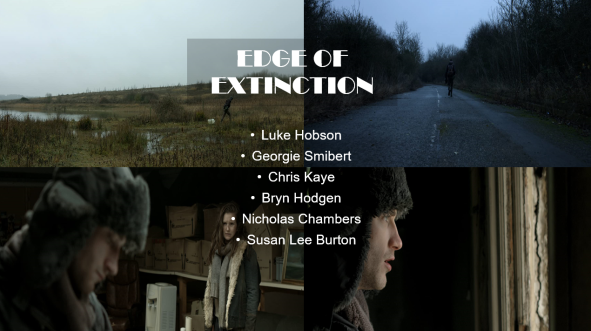 Thoughts on Edge of Extinction

Characters – The Boy is the lone person that is surviving the world, he is still dealing with the loss of his brother during the devastation in the world, this changes when he reluctantly lets a girl in, only for himself being left injured with nothing, before deciding to show his deadlier side when it comes to fighting against cannibals. The man is the one that leaves the boy with nothing, only to be the only survivor of an attack on his own group, he will play more into the torturous side of getting information and working with the boy, they show their own strengths along the way. The girl is used by the man as bait to trap lonely people to steal their goods, she doesn’t want to be involved in this, but this is the only way to survive in this world, until she learns the worst in humanity. The Chief runs the cannibals with an iron fist, if they don’t do what he says, he will kill them, he collects women like trophies, but isn’t afraid to lead his men into battle.

Performances – Luke Hobson and Chris Kaye are both good with their characters, but they do both struggle to give themselves enough individuality with the mindsets meant to be different. Georgie Smibert is mostly the victim, but does show the goodness left in the dark world. Bryn Hodgen works well as the lead villain, with his menacing behaviour showing the psychotic side.

Story – The story here follows a group of survivors in a post-nuclear war that are trying to survive in the world filled with new dangers, humans, supplies are thin and now the small group must take a stand against a new threat, one that is using women as sex slaves and killing anyone else for food. This might well be a story that we have seen before, with the humans being the only enemy this time. It could have a feel like ‘The Road’ with the British countryside, with some bleak ideas the story follows. One side note is that the Boy does have an issue where he talks to himself, only it gets dropped in the second half of the movie.

Sci-Fi – The sci-fi side of this story, does look at the world that has suffered the destruction, with a very bleak looking future.

Settings – The film does use the empty environments to show us how empty the world has become after the war.

Scene of the Movie – The battle.

That Moment That Annoyed Me – This is too long, it doesn’t need to be nearly two and half hours long.

Final Thoughts – This is a nice looking end of the world movie, it looks bleak, it feel bleak and shows a reality that could be horrible to live through. It is well acted, with the only problem being the length of the film.

Edge of Extinction will be released on Digital Download from May 18 here and on DVD later in the year here, both can be pre-ordered now