Plot: Two young men, one rich, one middle class, who are in love with the same woman, become fighter pilots in World War I.

Tagline – An Epic of the Air

Story: Wings starts as two young men Jack Powell (Rogers) and David Armstrong (Arlen) both sign up to become fighter pilots in the First World War, they are from different backgrounds, with Jack working with his hands, which has seen him get the attention of Mary Preston (Bow) and David being rich, with the pair both seeking the attention of Sylvia Lewis (Ralston).

What starts out in rivalry soon becomes friendship between the two men as through their training, they learn they need to be on the same side and want the same thing from their time in the service. They are followed by Mary who has taken up a job where she delivers medical supplies to troops, all while her love for Jack continues to grow. 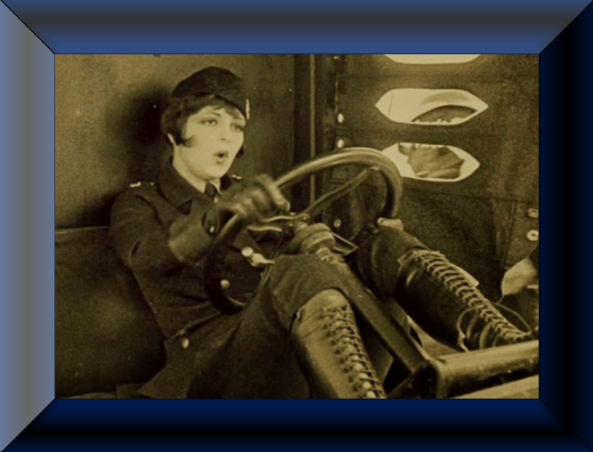 Characters – Mary Preston has worked with Jack Powell for years, they work on cars and her love for Jack is clear, she doesn’t get the attention she desires of him though, with the men at war, she uses her driving skills to deliver medical supplies, hoping to find Jack too, which sees her needing to find a way to act more lady like for the era. Jack Powell is from the working class bracket of people, he has always been great with cars and mechanics, which sees him sign up for the air force during world war 1, he will do what he can get impress the rich Sylvia to whom he loves and after years of rivalry with David, they will become friends. David Armstrong has come from a rich family, he is set to be marrying Sylvia one day if the families have their say, he sees Jack as a rival, until they fight side by side in the skies. Sylvia is the woman that both men are fighting for the attention of, they both see her as the perfect woman and will go to lengths to impress her.

Performances – This being a silent movie, all the work from the actors in the film comes from face expressions and movements, which they are all fantastic with, Clara Bow shows the pain of being in love with somebody who doesn’t want you, while Charles Rogers and Richard Arlen show the rivalry men can have when it comes to women.

Story – The story here follows two men from different backgrounds, one rich one working class, that are both fighting for the same woman, who join the air force to impress, where they become friends and learn the horrors of war. This is a story that is one that shows that love can be something people will always do crazy things for, it shows how the war bought enemies together and for a movie made in 1927, showed us a strong female character willing to go into war, unlike many films for years to come. Being a silent movie, we do get the expression and action doing a lot of the storytelling around the dialogue which is interesting because it keeps away a lot of unnecessary dialogue certain war films turn too.

Romance/War – The romance in this film shows how people will do strange things for love, you might not always see it right under your nose either, with the war being the main location that our characters all go to impress, the dog fight scenes are brilliant to watch, with the use of music making a big impact on the quality too.

Settings – The film uses the settings you would expect to see the war fought at, while we see the ground shots, it is when we are in the sky watching the dog fights that we get to feel the peril the characters are going through.

Scene of the Movie – Any of the dog fights.

That Moment That Annoyed Me – It does play into stereotypes of other nationalities.

Final Thoughts – This is a genius war movie that rightly deserved to win the first Oscar, it brings us a story that shows how much people would have risked for war and just how far they would go for love.