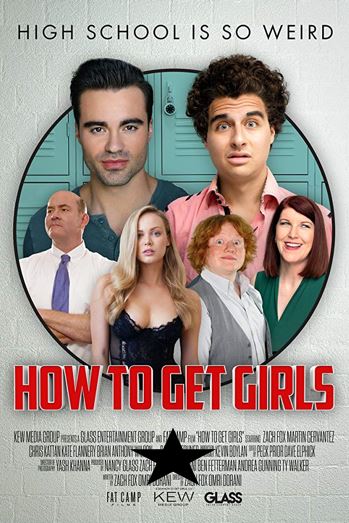 Tagline – High School Is So Weird.

Story: How to Get Girls starts Zach (Fox) and Ben (Cervantez) that spent years apart reunite in high school after Ben has been away and changed being the most attractive guy in the school, while Zach is still the geek left behind, that is always bullied and doesn’t get the girls.

Zach learns that he now has an in, with Ben, while Ben just wants to continue with the old comic book dream, can the two old friends put their new differences a side to enjoy the high school experience.

Thoughts on How to Get Girls

Characters – Zach has been going through the high school experience, bullied and desperate to get with girls, it is clearly his mentality that has stopped him getting a girl, because he is an asshole that just assumes women should fall for him no matter what he does. Ben has been raised away from the normal, returning to his new experience only to have changed his appearance from the short tubby kid, now he wants to live a normal life, only to be thrown into the mix of this sex driven world. Principal B is overly involved in the student lives, he knows about their sex lives and heads to the parties, he is the only part of the film that might laughs out of this film.

Performances – This is one of the hardest film to judge the performances of the actors in, Zach Ford is painful to watch, he is just so annoying, Martin Cervantez does better, being the stranger to this world. David Koechner is the only positive part of this film, he gets the most inappropriate lines in the film.

Story – The story here follows a teenager who has become obsessed with sex during his high school time, whose best friend is finally return to him home town and hasn’t changed his mindset only he has become the attraction to the high school girls. It is a test of friendship and sex, the problem comes from the fact we should have interesting core to this film about friendship, only spend nearly every other moment talking about what Zach wants to do with girls, thinking every girl should be willing to sleep with him. This does become horrible to watch because no high school acts like this and no person will ever be like these teenagers.

Comedy – You might laugh once and that is being generous.

Settings – The film is set in a random town in America, it has the usual locations of high school and house parties, it is nothing you have seen before 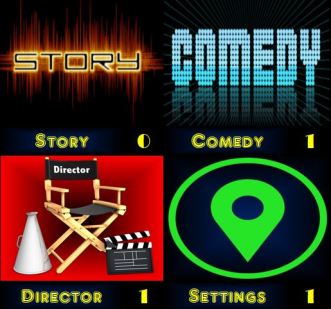 That Moment That Annoyed Me – Just Zach in general.

Final Thoughts – This is a painful movie that just drags along without giving us anything redeeming in anyway.

WHEN THE DEAD RISE ONLY THE IMMUNE SURVIVE

It’s 1981 and a virus infects earth and turns its inhabitants into undead hordes with only one community spared and left to fight in this distinctive and relevant spin on the zombie siege horror. AMC’s horror streaming platform Shudder unleashes Barnaby’s gory chiller NOW!