I made a Disney Quiz, if you like this quiz, let me know and I will bring some more to you 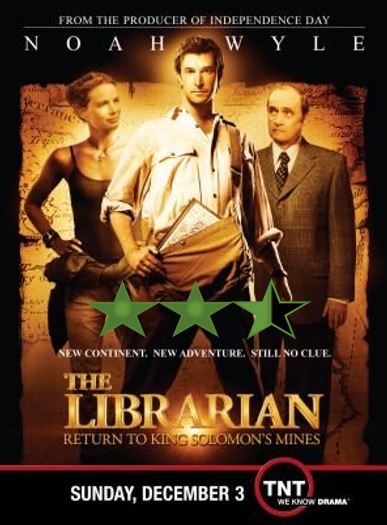 Story: The Librarian: Return to King Solomon’s Mines starts one year after the events of the first film, Flynn (Wyle) has started getting used to his adventures around the world, when the latest quest sees him receive a mysterious scroll that could hold the location of King Solomon’s Mine, he must travel to Casablanca for answers.

Flynn meets archaeologist Emily Davenport (Anwar) who is working on her latest dig in the same location as the answers Flynn is looking for, which starts his latest quest, one that will be deadlier than his last.

Thoughts on The Librarian: Return to King Solomon’s Mines

Characters – Flynn is now feeling more experienced as the Librarian, he is enjoying going around the world now, he has his own apartment, with his latest quest seeing him head to Africa, he teams with an archaeologist who helps him on his latest quest which will become more personal than he had imagined. Emily Davenport is an archaeologist working in Casablanca, she reluctantly ends up joining Flynn as he unlocks secrets she has been searching for, for years. Judson and Charlene are both still teaching Flynn about responsibility which he will still need to learn in his role. The film does lack a villain for the most part, we do get one in the end, but they never seem like a threat.

Performances – Noah Wyle is still strong in the role, he has grown into playing with he sense of adventure that his character has. Gabrielle Anwar is fun in the supporting role, which sees her replacing Sonya Walger where she does make her character different enough from hers. The rest of the cast don’t do much wrong, but they don’t get to do much either.

Story – The story takes Flynn on his next quest this time to Africa where he must locate King Solomon’s mine and stop the latest threat that comes the worlds way. This being a sequel does mean that Flynn has become more experienced and aware of his adventures, he does need to learn more about himself along the way, when it comes to the quest, it is largely forgettable because we focus too heavily on Flynn and Emily, not giving the villainous side of the story enough time to make them feel like a threat. This is still fun enough to watch without being in the same league as the previous film.

Action/Adventure/Comedy – The action is once again basic, it is also weaker than before and feeling very basic this time, the adventure does take Flynn around Africa on his quest, which is a quest full of basic adventure. The comedy does seem to start drying up in this film which does aim at being more serious.

Settings – The film is mostly set across Africa which does give us a new location, which does play into the legends of King Solomon.

Scene of the Movie – The mine.

That Moment That Annoyed Me – We don’t get enough focus on the villains.

Final Thoughts – This is a simple sequel that is just safe without being a new threat to the whole Librarian figure, it has simple adventure and solid enough acting.

Overall: Simple and easy to watch. 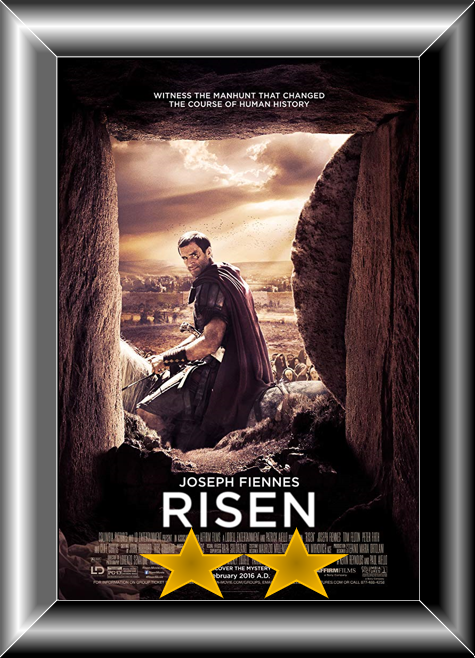 Plot: In 33 AD, a Roman Tribune in Judea is tasked to find the missing body of Jesus Christ, who rose from the dead.

Tagline – Witness the manhunt that changed the course of human history

Story: Risen starts as a Roman Tribune Solider Clavius (Fiennes) must take a younger soldier under his wing in Lucius (Felton) are killing the men of religious Christianity for the rules Pilate (Firth) with the latest crucifixion being Yeshua (Curtis).

When the body goes missing over the night, Clavius and Lucius are tasked with location the rest of the disciples demanding answers or facing death, was this the miracle believed or is it just the Christians fighting back against the Romans. 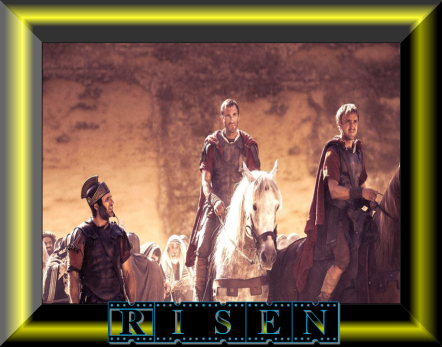 Characters – Clavius is the right hand man to Pilate, he oversees the crucifixions and the deposing of the bodies, when one of the biggest threats to the Roman army is killed, the body is placed in a secret tomb, but vanishes, leading Clavius to use all his skills to discover where the body is for Pilate or face punishment himself, this faithless man can now see the unexplainable for himself. Lucius is the young soldier assigned to work under Clavius, he has learnt a lot and must face a difficult decision when it comes to which side he will fight for. Pilate is the ruthless General for the Romans, he wants all the Christians killed including Yeshua, which is one murder that change the shape of history. Yeshua is the leader of the Christians, he has been killed for his people, but it is his body that vanishes and appears to help certain disciples find their way.

Performances – Joseph Fiennes is strong in the leading role, he doesn’t show enough of the ruthlessness that he could from the early meeting of his character though, Tom Felton doesn’t reach the full potential of his character which does seem like it never gets the screen time required. The film does suffer from lack of screen time from certain performers as we get caught up too much in introducing too many figures at once.

Story – The story here follows the events after the crucifixion of Jesus (yes we use a different name here) and his body vanishing, with the search for his body from the Romans and the disciples knowing this would happen, we see one man whose whole world gets turned upside down by his experience. This is meant to be another view point for the Jesus story following how the Romans dealt with the surprise disappearance and how one man went from having no faith to seeing the miracle happening and how he was involved in helping his once enemy. It isn’t the most engaging story and just doesn’t reach any level of intensity.

Action/Adventure/Mystery – The action is mostly chases or sneaking away from the enemy, the adventure does take us across the land in search for safety, with the mystery going on in the film being focused around just what happened to the body.

Settings – The film uses the settings to show us just how the landscape could have been used to the advantage of the people trying to escape from the land.

Scene of the Movie – The discovery by Clavius.

That Moment That Annoyed Me – It doesn’t seem to have much risk about what is going on.

Final Thoughts – This is a simple movie that does deal with the basic of the rising of Jesus from another point of view, it tries to add some realism behind it, without being anything that fresh.