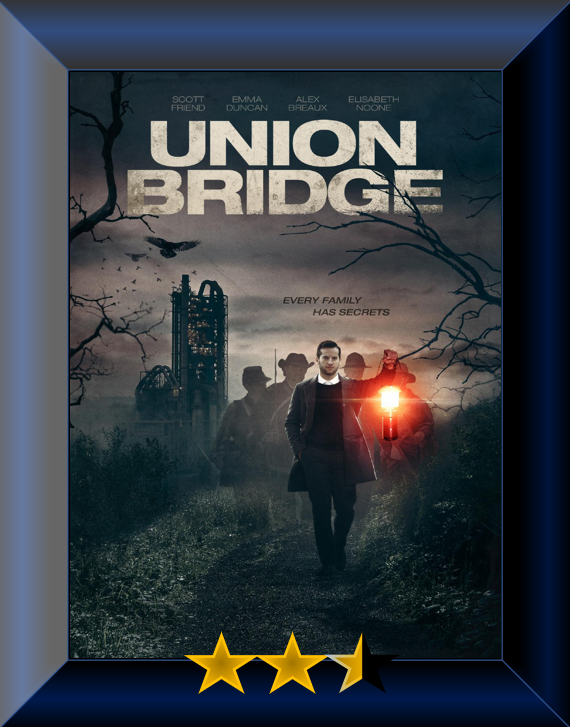 Plot: After burning out in the city, Will Shipe is summoned back home where he uncovers dark truths about his family and the town he grew up in.

Story: Union Bridge starts when Will Shipe (Friend) returns to his hometown to refresh his life, he learns one of his oldest friends Nick (Breaux) has lost the plot, turning to hopes of unearthing gold on the land, while Will meets Mary Burke (Duncan) that gives him the conversation he needs in his life right now.

The longer Will spends in the town, the stranger his nights become Will wants to get to the bottom of what is really going on in his old town before it is too late.

Characters – Will grew up in this town, he moved away and started his own life, only when it got too much, he returns home, he sees his friend struggling with his own mentality and meets a new woman in his life. He sees something good from his return, only it is coming at a price with his sleeping turning into nightmares. Mary Burke is the woman that comes into Will’s life, she has mystery about herself, which may have a connection to why Will isn’t sleeping. Nick is the old friend that has now lost his job, he is searching for gold, mostly to take his mind off his dying mother.

Performances – Scott Friend in the leading role does a solid job, showing us how his character always seems to be learning about what is happening in his life. Emma Duncan works well as the mysterious woman entering somebody’s life. Alex Breaux shows the unstable side to his character well through the film.

Story – The story here follows a man returning to his home town, where he starts seeing the changes in the town and trying to understand what has driven people to change the ways they have. In this story we do get to do the memory lane, it has the air of mystery about what is going on and leaves plenty out there for people to piece together. Everything builds up to make a conclusion that will give Will the most difficult decision of his life. The pace can be slow for large points in the film leading to things feeling like they are dragging along.

Settings – The film uses the small town setting to show us just how the return will see how Will remember moments and learn of change.

Scene of the Movie – The final night.

That Moment That Annoyed Me – The slow building can take too long.

Final Thoughts – This is a slow burner that doesn’t quite spark the way it would like to, it ends up dragging along more than it needs to, without getting to the point quick enough. 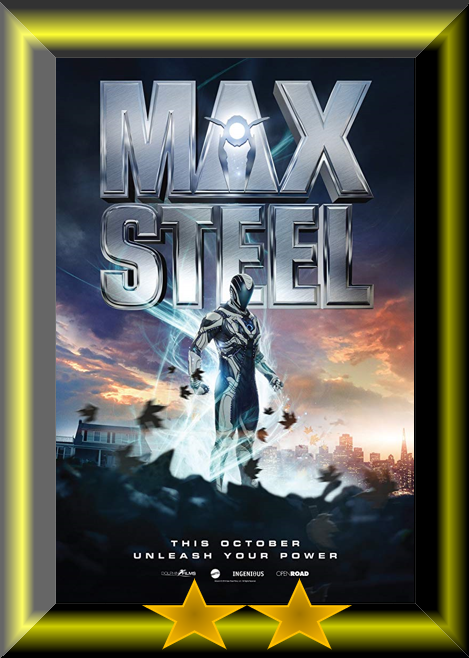 Plot: The adventures of teenager Max McGrath and his alien companion, Steel, who must harness and combine their tremendous new powers to evolve into the turbo-charged superhero Max Steel.

Story: Max Steel starts when teenager Max McGrath (Winchell) moves back home with his mother Molly (Bello) where he must go through the typical high school routines, his father’s former colleague Dr Miles Edwards (Garcia) and a new ability he has gain, where he can control electricity.

When the ability to control his energy starts getting out of control a robot Steel arrives to protect him and guide him about why his body is reacting the way it is. 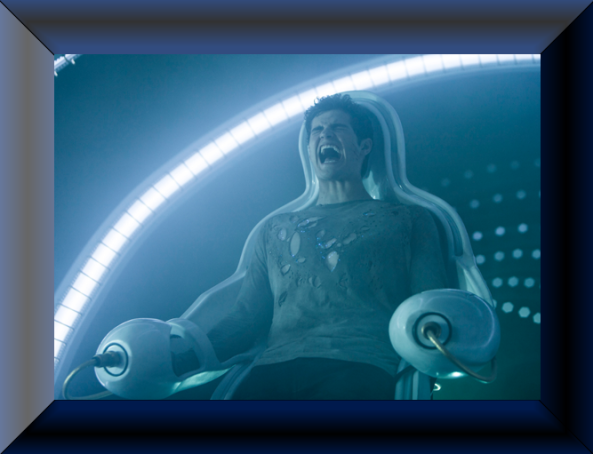 Characters – Max McGrath is a teenager moving to another high school to hopeful stay this time, it doesn’t take him long to start having a new reaction to the surroundings, one that lets him control electricity, he must learn about this new skill to understand what is going on and fight back to save himself and loved ones. Steel is the robot set to protect Max, teaching him about his abilities and fits into the same group of, new robot doesn’t understand the world group. Molly is the mother that has always looked out for her son, making sure he is safe after what happened to his father. Dr Miles Edwards used to work with Max’s father and now he always watches over the family making sure they are looked after.

Performances – Ben Winchell doesn’t get started in the leading role not being the character on a strong enough level, Maria Bello and Andy Garcia both seem to be here for the pay check without doing anything difficult.

Story – The story here follows a teenager that returns to his birthplace with his mum and starts to learn more about his own father by learning his has the ability to control energy. This is a story that is completely by the book, it never gets going and just seems to copy most of the other stories which have done the same concept. It just becomes completely forgettable and could easily be the weak pilot episode of a television show.

Action/Sci-Fi – The action in the film is also very basic, with the main fight being hard to even focus on, with the sci-fi elements of the film does show an alien hybrid coming to Earth.

Settings – The film just puts us in small town America and with this, we get let into this life that the family is planning to start his life again.

Special Effects – The effects are also weak through the film, showing the ideas seemed to be outside the budget.

Scene of the Movie – Hard to find one.

That Moment That Annoyed Me – It is just boring.

Final Thoughts – This is a simple action sci-fi movie without being anything special.