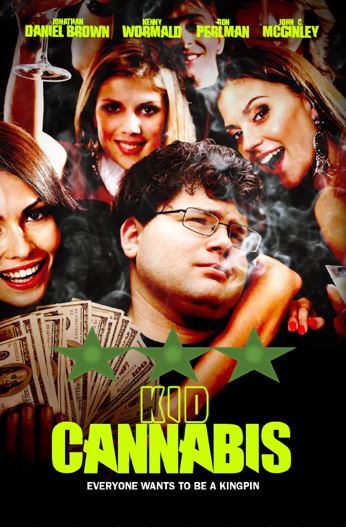 Plot: An eighteen year old high school drop out and his twenty-seven year old friend start trafficking marijuana across the border of Canada in order to make money and their lives are changed forever.

Tagline – Everyone wants to be a kingpin.

Story: Kid Cannabis starts as we meet high school drop out Nate (Brown) who is telling the story of how he along with his partner Topher (Wormald) become involved in the drug trafficking business. We start at the beginning where Nate learns about the idea that trafficking the drugs across the Canadian border.

We follow Nate who works with Topher and crime boss Barry Lerner (Perlman) to start up the business and just how often the border patrol would pull him over to check whether he is smuggling anything illegal. This was just the beginning of what become a small empire created that changed their lives forever.

Characters – Nate is a high school dropout working a dead-end job getting high in his free time. He learns about the idea of trafficking across the Canadian border, he uses his intelligence to plan an operation which will see him become an overnight sensation, he does start to get carried away with his new money which sees him needing to fight for his own dominance in the field. Topher is the older friend of Nate’s who can handle the transport with his enjoyment of the wilderness, he can lead the teams across the borders and keep the peace between Nate and the fellow runners. Barry Lerner is the local crime boss that Nate turns to for the investment to the idea, he gives the basic threats and the money rolling in which will keep him happy. John is the farmer in Canada making the product, the best the Americans can get their hands on.

Performances – Jonathan Daniel Brown in the leading role does make for good story teller, he doesn’t look like a drug smuggler which is why it is a more unique story. Kenny Wormald fills the lead runner role well, he makes us believe he is just as desperate as the rest. Ron Perlman and John C McGinley are both here just to have big names in the film, they are mostly just cameo like performances.

Story – The story follows the high school dropout that built a drug business worth $68 million simply by trafficking the drugs across the Canadian border. This is based on the true story, which does show us through the eyes of the leader just how he pulled the operation off, while preaching about the laws on drugs within America. While it might be an interesting story, it is one we have seen before, it does promote breaking the law, which doesn’t seem like a good thing to be promoting, while relying heavily on the drug community to support the actions of these young men. We do also have too many pointless party scenes, which are clearly here just to put some boobs in the film and fill time.

Biopic/Comedy/Crime – The does show the drug trafficking side of the people involved in the story, shows how their lives changed with an idea however illegal it turned out to be. It does use the comedy to make light of the situation which is fine because this doesn’t ever feel like it needs to be serious, while the crimes being committed show just how the people involved didn’t care about the punishment they could face.

Settings – The film is set between the borders of America and Canada, it shows the different life styles that Nate would have had between his time making the money and the environment taken to do the drug smuggling. 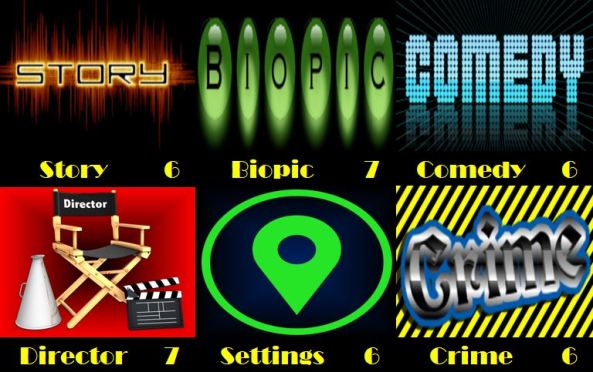 Scene of the Movie – The travelling.

That Moment That Annoyed Me – The pointless party scenes.

Final Thoughts – This is an interest look at the true story, it shows how the operation came about, how quickly it gathered steam and how the lives of the people involved were changed forever.