This is under Y because of the writer’s last name, these are my favourite films and Y is very limited.

Plot: A young police officer must prevent a bomb exploding aboard a city bus by keeping its speed above 50 mph.

Tagline – Get ready for rush hour.

Story: Speed starts when hot shot police officer Jack Traven (Reeves) and his partner Harry (Daniels) stop the plans of bomber Howard Payne (Hopper), getting awarded for saving the lives of the hostages, believing Howard died in his explosion.

Howard isn’t finished yet and plants his next bomb, forcing Jack to find the bus her has placed it, where if the bus goes over 50mph is activates the bomb, Jack needs to keep the bus travelling over 50mph to prevent it exploding, with passenger Annie (Bullock) needing to take the wheel for him.

Characters – Jack is the young police officers that will always look to protect and serve, his latest job is to rescue hostages from a bomb threat, which he uses his quick thinking to stay one step ahead of the terrorist, he tries different ideas to win the battle, or so he thought. Now he must go through the same struggles as before as he has become the target of the terrorist, needing to keep a bus safe from his next target. Howard Payne is the calculated bomber, he wants money and after losing the opening dual with Jack, he has taken it personally this time around. Annie is one of the passengers on the bus, she is on the bus because of losing her licence for speeding, she takes over the driving side of everything usually screaming about what is happening too. Capt McMahon is trying to run the operation from outside the bus, he might well be Jack’s boss, but he lets him make the decision during the operation.

Performances – Keanu Reeves is brilliant in the lead action role, showing he was always going to become one of the biggest names in this side of film, following up Point Break. Dennis Hopper will always be one of the greatest actors for villains, this is no different, while Sandra Bullock steps up in the heroine role, showing more fight than just another woman in trouble.

Story – The story here follows a police officer that gets caught in a cat-n-mouse game with a terrorist that plants bombs around the city, with his latest one being placed on a bus that once it goes over 50mph, become active. This story is one of the more simple cat-n-mouse battles between law and criminal, it is pure simple action, we need to keep the bus over 50mph whatever the situation is, showing the officers needing to find a way to keep the bus moving whatever gets in the way, thinking on their feet, the terrorist is also well prepared for what could happen, remaining in control for most of the film. The story just keeps everything simple and this works for the film with ease.

Action – The action in the film comes from the different problems that Jack must overcome at high speed, along with the explosion.

Settings – Jack finds himself trapped on the bus for the most part of this film, here he will not find escape, rescue or disarming the bomb. 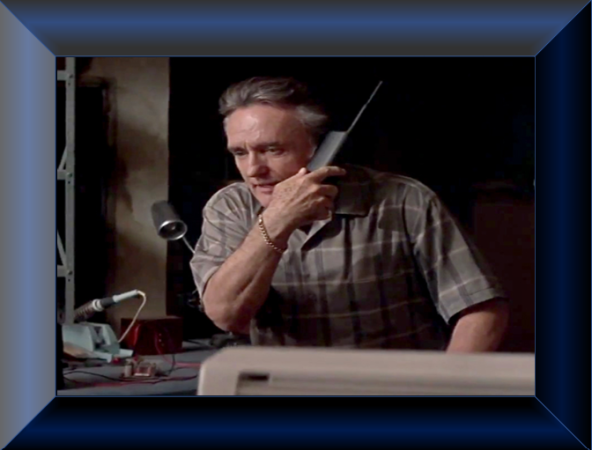 Scene of the Movie – Bridge jump.

That Moment That Annoyed Me – Most of Harry’s side story.

Final Thoughts – This is one of the best action films of the 90s if not of all time, it keeps everything simple, while not sacrificing the intensity level.