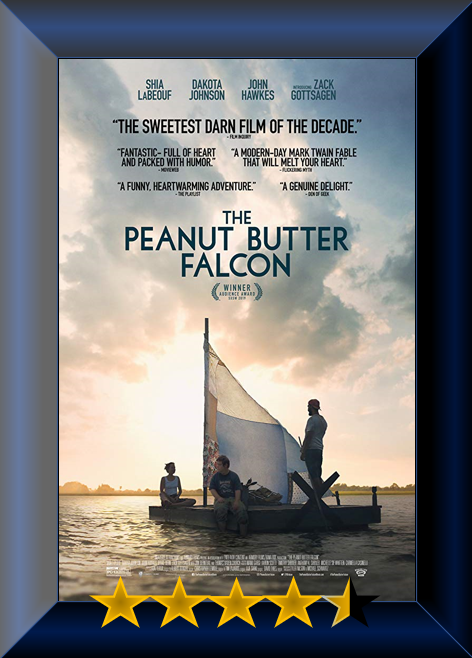 Plot: Zak runs away from his care home to make his dream of becoming a wrestler come true.

Story: The Peanut Butter Falcon starts as we meet a down syndrome young man Zak (Gottsagen) who dreams of being a wrestler, but is stuck in a care home sharing a room with Carl (Dern) under the care of Eleanor (Johnson), he has been trying to escape before and when he finally does, he meets Tyler (LaBeouf) a rebel who is fighting for his place in a fishing world.

As Tyler reluctantly agrees to help Zak, the two go on an adventure through the outdoors to make it to the wrestling school to live his dream of becoming a wrestler like his hero Salt Water Redneck (Church), even though Eleanor is trying to find him before it is too late. 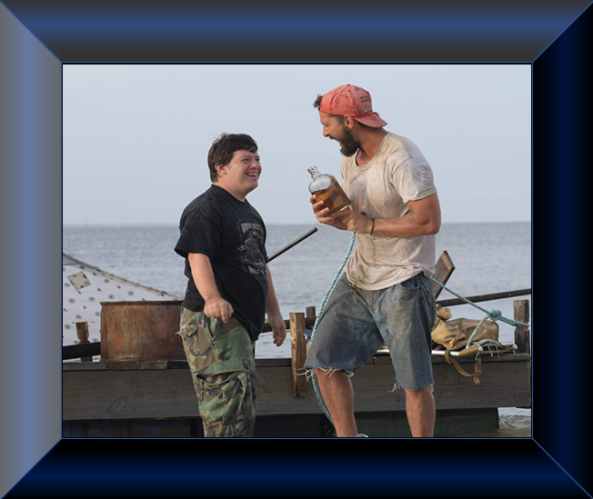 Thoughts on The Peanut Butter Falcon

Characters – Zak is a down syndrome young man that is living in a nursing home with nobody else offering him a place to live, he loves wrestling and wants to make this his dream to become a wrestler, which sees him running away from the nursing home, meeting Tyler and having his first adventure. Tyler is a drifter working on the local fishing area, that has found himself getting into trouble with the locals, needing to go on the run, where he ends up meet Zak, reluctantly teaching him about life. Eleanor is the carer that has always looked after Zak, she has become concerned about his desire to move away and after he runs away, she must go in search of him, needing to learn more about opening up to his own desire in life.

Performances – Zack Gottsagen is wonderful in the leading role showing all the delight and pain his character is going through. Shia LaBeouf is going down the right path here, doing the roles which require him to show his skills rather than cash heavy roles. Dakota Johnson is great too, with the supporting cast that all work wonderfully through the film.

Story – The story here follows a young down syndrome man who decides to run away from the nursing home he is living in, with dreams of becoming a wrestler where he meets a lost drifter who teaches him more about life, while chasing his dream. This is a story that is similar to the story of Mark Twain with a fresh approach, with one of the clear messages being, not to judge somebody on a disability they have, they can achieve as much as anybody else. This is a joy to watch as a story, seeing how the two bond and just have a life adventure.

Adventure/Comedy – The adventure side of this film, sees two unlikely men at different stages of their lives spending a couple of days together learning about life, it is inspiring to see how people might react to life, while getting a couple of laughs along the way, with the friendship.

Settings – The film uses the back-water locations to show the drifter lifestyle to which Zak has fallen into and one that Tyler can navigate.

Scene of the Movie – The match.

Final Thoughts – This is a delightful movie that can be enjoyed by all, one that has a clear message about treating everyone equal and one that will leave you feeling good by the end.