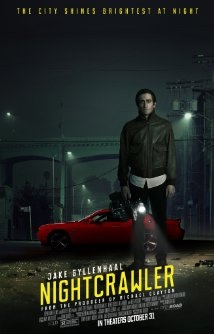 Why I’ve Picked this choice – Nightcrawler follows a lowlife thief Louis Bloom who discovers the world of capturing crime scenes to sell to the media and after getting his first video aired, he starts to battle the other cameraman who are trying to capture their own footage. This is an intense movie that is only elevated by Jake Gyllenhaal’s performance which is one of the most disturbing, with his obsession to become the best becoming even more disturbing, where he could and arguable should have at least been nominated for an Oscar. This is a film that will grab you with ease and make you want to see where each chapter goes and you will be mesmerised by Gyllenhaal.