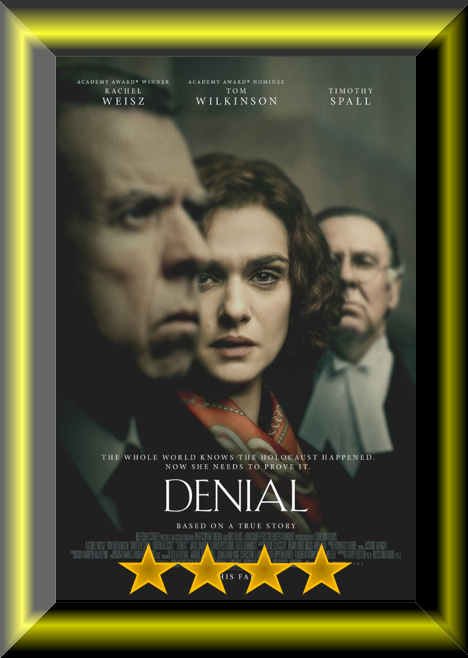 Plot: Acclaimed writer and historian Deborah E. Lipstadt must battle for historical truth to prove the Holocaust actually occurred when David Irving, a renowned denier, sues her for libel.

Tagline – The whole world knows the Holocaust happened. Now she needs to prove it.

Story: Denial starts when acclaimed writer and historian Deborah Lipstadt (Weisz) has her latest book about the horrors of the Holocaust being released, only her in her book to slams historian and renowned denier David Irving (Spall). David Irving has built up a reputation for being able to fight his case and decides to sue Deborah for libel.

After the years or preparation Deborah watches how Anthony Julius (Scott) and Richard Rampton (Wilkinson) look to make a trial where Deborah will win, without having to put the holocaust on trial, they want to keep it together for argument, with the case being about proving David’s research, rather than whether the holocaust happened. 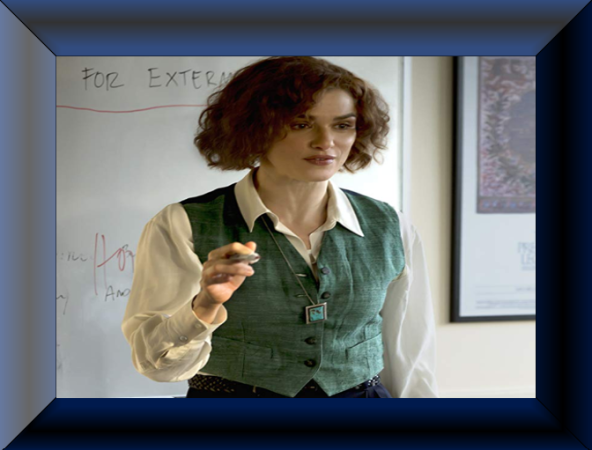 Characters – Deborah Lipstadt is an acclaimed author that has made her career out of writing about the horrors around the holocaust, this has created an enemy in David Irving, that she has always been denying the holocaust happened. She must defend her own accusation against him, putting her trust in a group of lawyers to fight the case, despite the fact she would like to put the spotlight on the events, over the facts being disputed. Richard Rampton is the lawyer that is running the case in the courtroom, he has methods that Deborah doesn’t like, until she sees how he has truly been planning the case. Anthony Julius runs the case behind the scenes, he has a huge reputation with his previous work which made headlines and must be strict towards Deborah over what she wants to happen in the case. David Irving is the famous Holocaust denier, he has made a career out of his theories, which has given him a huge following, he decides to sue Deborah for criticising his beliefs, where he uses his natural charisma to get people behind him, despite his anti-Semitic behaviour being clear to see.

Performances – Rachel Weisz in the leading role is great to see, she shows just how helpless Deborah looks during the case, that puts her own reputation on the line. Timothy Spall steals the show with his depiction of David Irving, showing how he is the more colourful character in the case. Tom Wilkinson shows he will always be able to bring a quiet character to life in the moments he needs to shine, while Andrew Scott proves that his rising star will get involved in the major performances.

Story – The story here follows Deborah Lipstadt who has her own book sued for libel by holocaust denier David Irving, forcing them into a court case, which will be about whether he has been making up the truth for his own benefit or whether she had the right to question his beliefs. The story is an interesting one to follow, seeing an conspiracy theorist being put in a courtroom to prove his fictional story about the truth is fascinating to see, having a court case just about whether something as horrific as the holocaust is bad enough, but seeing how everybody seemed to have a fine balance between who could win, was also interesting. The story does struggling to start with, because of the large number of time jumps, with it starting in 1994, before the case happening in 2000, with small scenes in the build up to the case, through the years, but once we get into the courtroom, we are grasp by the story.

Settings – The film does use the courtroom as the main location for the story to move forward, with most of the external locations being ideas of where the story could end up going, with most being office, apart from the haunting trip to Auschwitz.

Scene of the Movie – The court case.

That Moment That Annoyed Me – The early time jumps, we seem to have one scene, then jump two more years down the line.

Final Thoughts – This is an interesting courtroom drama, that shows how the truth managed to get all the way to a courtroom, when it was clear it happened, showing even conspiracy theorist could challenge the truth.

Overall: Interesting, but not Intense drama.

Why I’ve Picked this choice – Hidden Figures is by far one of the most entertaining history lessons of how backwards the world was still in the 1960s, we follow three black women that worked at NASA with the numbers, before they all breakout into the expertise fields to be part of history of landing on the moon. If you ever want to see how hard people worked despite being pushed down, these women prove this will forever be important. We have some of the best all around performances in any film, with Taraji P Henson, Octavia Spencer and Janelle Monae all shining, while the supporting cast of Kevin Costner, Kirsten Dunst, Mahershala Ali and even Glen Powell small screen time make the most of their scenes and they will be seen as wonderful to see. Finally anything that has anything to do with the space race is something I could watch any day of the week.