Plot: A lawyer becomes a target by a corrupt politician and his N.S.A. goons when he accidentally receives key evidence to a serious politically motivated crime.

Tagline – The only privacy left is inside of your head

Story: Enemy of the State starts as a lawyer Robert Dean (Smith) shows off his skills dealing with criminals, he is out shopping for Christmas when he bumps into an old classmate Daniel Zavitz (Lee) who has footage of the NSA and Thomas Reynolds (Voight) murdering a congressman, he is being hunted down for the footage and leaves a cassette with Robert.

With the team believing Robert has the footage, he must go on the run from the team using the satellite system to track him, turning to conspiracy man Edward Lyle (Hackman) with any chance of escaping the man hunt.

Thoughts on Enemy of the States

Characters – Robert Dean is an labour lawyer who knows how to get the cases closed at all times, he has been working on his latest case which has seen a gangster coming after him, he has been unfaithful in the past, but has managed to clean up his act, while still working with the lady he had an affair with. Robert does become a target by the NSA who target him after they start to cover up a murder which will expose a big plan, where he must work to stay ahead of them and figure out why they are after him, learning to go under the radar. Edward Lyle is the conspiracy theorist that has been living off the radar that reluctantly helps Robert, knowing how much trouble he has gotten himself in. Thomas Reynolds is the man pushing for the surveillance system being used, he wants the win the votes, which means getting rid of the problems that were against it, which means he is running the operation to keep things under cover. Rachel is the source for Robert, though she does have a past with from their previous relationship, there working relationship is always going to be difficult, she sees her life spiral out of control too.

Performances – Will Smith is wonderful in this role, he showed us a much more mature performance than we are used to after the fun performances he did before. Gene Hackman is great to watch too, you completely agree with his mindset through the film, while Jon Voight will always make for a great villain. We have such a big cast in this film, which sees all the actors performing strong through the film, which could be considered an early role for most of them.

Story – The story here follows a man who’s live is turned upside down when he gets targeted by the NSA who believe he has evidence which could ruin a bill being put into place by congress. This story does focus on the idea that the country wants to use surveillance to watch over the people for the greater good, while arguing where the lines could be drawn about privacy. We do see how quickly Robert has his life taken apart and how is almost feels too easy to make happen. This is a fast-paced story which might have become something that has dated because the surveillance world is now here and the warnings are here for the characters to get through.

Action – The action here is mostly filled with chases sequences that are entertaining to watch and show how the cameras keep everything on edge.

Settings – The film is set mostly in the big cities, showing they would have an almost endless amounts of cameras watching over everybody. 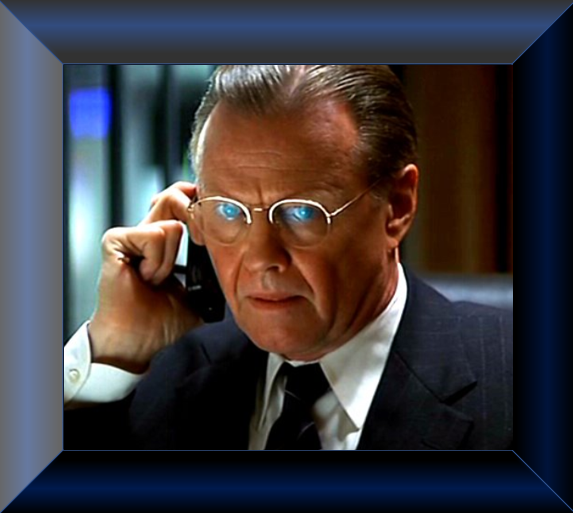 Scene of the Movie – You made a phone call!

That Moment That Annoyed Me – The end is slightly ridiculous.

Final Thoughts – This is a great action thriller that keeps the pace flowing showing just how the surveillance world has evolved through the years with wonderful performances throughout.