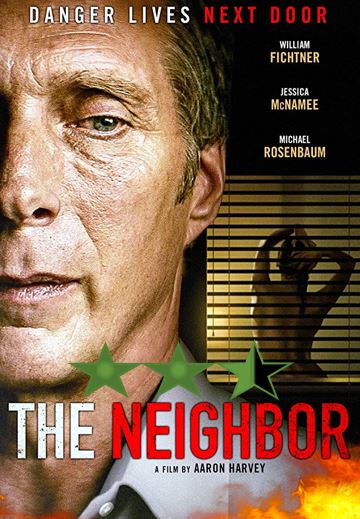 Plot: A middle-aged man in a stagnant marriage finds his life upended when an attractive young woman and her seemingly abusive husband move in next door.

Story: The Neighbour starts when middle-aged married man Mike (Fichtner) gets new neighbours in newlyweds Jenna (McNamee) and Scott (Rosenbaum), it doesn’t take long for Mike to bond with Jenna because of his love of gardening.

With both their spouses working, Mike and Jenna become friends as Mike wants to make sure Jenna is safe after over hearing abusive behaviour in a fight, but does Mike think there is something more between the two.

Thoughts on The Neighbour

Characters – Mike is a middle-aged man who works from home not giving him much interactions outside of his wife and best friend. When a new neighbour arrives on the scene, he gets a new friend, an attractive younger woman who does share an interest of gardening with him. With a new friendship blossoming, he starts to become obsessed with Jenna wanting to make sure she is safe with her seemingly abusive partner, nearly every scene he does seem like he is very lonely in this world. Jenna is the new neighbour that has been forced to push her job aspirations aside for her husband’s plan to start a family, which she hasn’t agreed to. She befriends Mike hiding the potential abuse she might be suffering from her husband. Lisa is Mike’s wife, she is a teacher and doesn’t give Mike the spark he once had. Scott is the car salesman husband of Jenna’s that has a temper when he drinks, she tries to be open and friendly until things aren’t going his way.

Performances – William Fichtner is one of the only highlight in this film, he does feel uneasy through each scene. Jessica McNamee does have the look of the attractive neighbour, but the biggest problem with this film holds back the actor’s performances.

Story – The story follows a middle-aged man that believes his new neighbour is being abused by her husband, needing to decide if he is going to help her or not. This story is very thin, we seem to get caught somewhere in the middle of, there is abuse happening and how does a neighbour go about supporting the victim who is in the denial situation about what is happening. I think everything is played out to be focused on not knowing how to support, rather than deciding on how to support, because by the end of the film very little has happened here and everything just feels like we are watching a socially uncomfortable middle-aged man get a crush.

Thriller – The film tries to be a thriller with a hint of romance, only it just fizzles into what feels like a soap opera story that just doesn’t give us anything to care about.

Settings – The film keeps the settings around the two houses, which shows us just how Mike’s mindset it being shown with how he sees both houses situation. 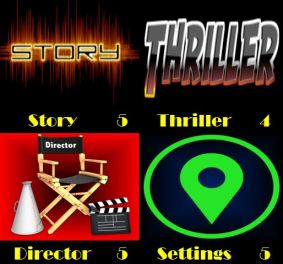 That Moment That Annoyed Me – Very little seems to happen.

Final Thoughts – This is a thriller that just doesn’t seem to get going, he has everything needed, it just seems to fizzle lightly before losing all the steam it had created. 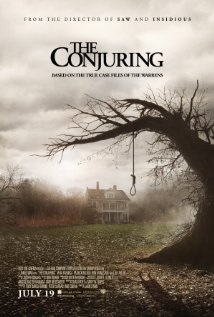 Why I’ve Picked this choice – The Conjuring was the first instalment of the Warren movies, showing the story of the paranormal investigators that solves cases from all over the world, with the most famous being the Annabelle doll, we only get a fleeting visit to how the couple get the doll itself, with the story having focus elsewhere. The Warren’s are asked to help with a new case about a farmhouse with a new family moved in, that soon start getting haunting events. Where the haunting start tame and become more dangerous as the film unfolds. While the Warren’s are always dealing with the ideas of how the media report about them and their work. We do have some excellent scare moments, showing James Wan is easily one of the best horror directors in the business. The hand clapping the light out and the demon in the hand mirror are two of the great moments in the film.