The Autopsy of Jane Doe 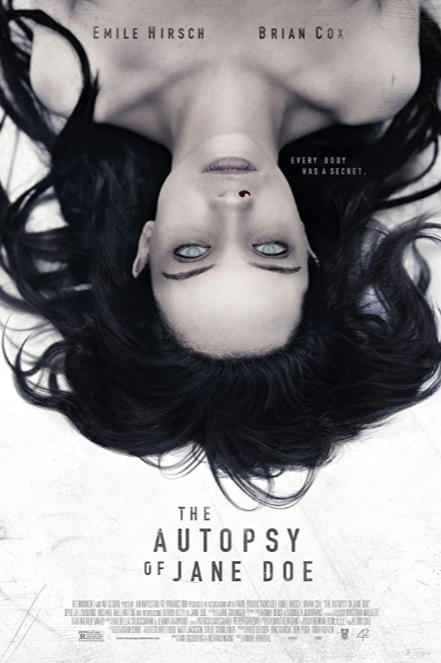 Why I’ve Picked this choice – The Autopsy of Jane Doe follows a father Tommy (Brian Cox) and son Austin (Emile Hirsch) who work in a morgue, when they get a new body to examine, one that doesn’t seem to have any logic signs of cause of death. The pair start to work on the body which seems to unlock a different secret one that makes things contradict the previous discovery. The further they get into the autopsy the stranger the events in the morgue, ones that bring us a supernatural presence to the morgue. The film manages to bring us some of the most terrifying scenes in horror, making it feel atmospheric, while making you want to hide behind a pillow for certain moments.