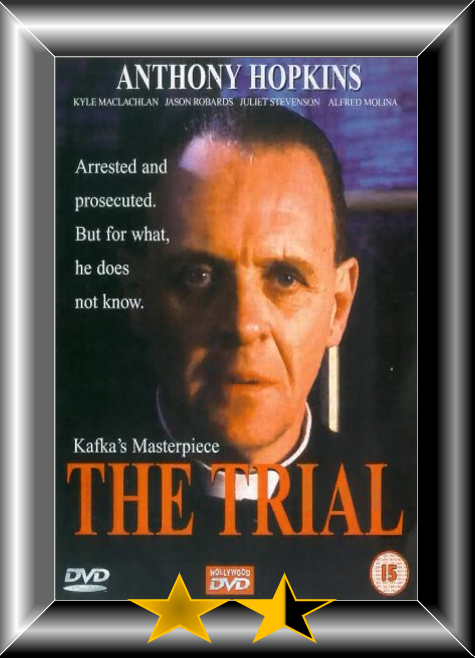 Plot: Joseph K. (Kyle MacLachlan) awakens one morning, to find two strange men in his room, telling him he has been arrested. Joseph is not told, with what he is charged, and despite being “arrested”, is allowed to remain free and go to work. But, despite the strange nature of his arrest, Joseph soon learns that his trial, however odd, is very real, and tries desperately to spare himself from the court’s judgement.

Story: The Trial starts when Josef (MacLachlan) wakes to find two police officers Franz (Thewlis) and Block (Kitchen) waiting for him, telling him of his arrest, only to let him continue with his day, as they wait for their inspector to call for him to be taken to the station, they don’t announce what he is being charged with, leading to Josef being left wondering just what he is wanted for.

As Josef starts trying to learn about the case, he only learns just how unusual everything about the case is, nothing is playing out like it should do for any other criminal case and he must find a way to prove his innocence. 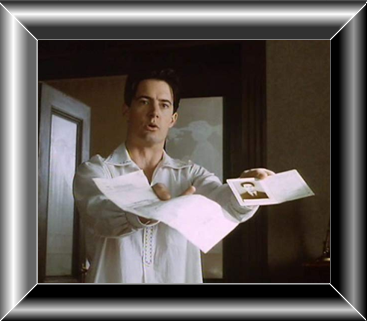 Thoughts on The Trial

Characters – Josef is the bank clerk that is being arrested and sent straight to trial for something he doesn’t know he has done wrong, he tries to handle everything with his intelligence only to learn that not all the people involved know what is going on. He looks completely lost through most of the events in the film. The Priest is the man Josef turns to for answers. Doctor Hudd is trying to figure out what is wrong with Josef and whether he can be fixed before the trial. This film does have a string a colourful characters that leave everything feeling more confusing that piecing anything together.

Performances – Kyle MacLachlan in the leading role tries to carry this film the best he can, because of the overly confusing storyline, it is hard to get the best out of any of the actors, with everyone in the supporting roles doing all they can and Anthony Hopkins barely getting any screen time.

Story – The story here follows a man that has been accused of a crime and is getting ready for his trial, only not everything is quite as it seems. Now this is a story that is completely difficult to understand, it seems to be poking fun at the culture that is quick to accuse somebody without them having actually committed a crime or even having an investigation about them. If this isn’t the case, it is even more confusing to watch because very little seems to make any sense otherwise, which does make the story feel very weak all around.

Thriller – This is meant to be a story that is sold on the idea of a trial, which on paper should be thrilling and interesting, this isn’t what we get and nothing much really happens.

Settings – The film uses the settings to spin what we would be expecting for the most part, this only adds to the confusing in the film. 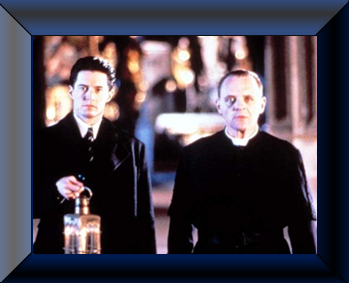 Scene of the Movie – The first arrest.

That Moment That Annoyed Me – The overly confusing nature of everything else.

Final Thoughts – This is a way to confusing film that is poorly advertised, it does try to turn what you are expecting on its head, only to leave us left wondering why things changed.