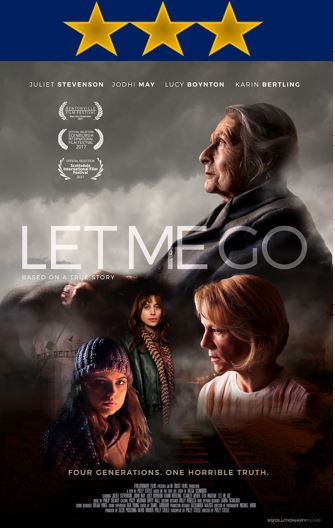 Plot: Let Me Go is a film about mothers and daughters, it is about ghosts from the past and the impact they leave on the present. Developed from Helga Schneider’s true life story, Let Me Go explores the effect on Helga’s life of being abandoned by her mother, Traudi in 1941 when she was just four years old. The film is set in the year 2000 following not only Helga and Traudi’s journeys but the next two generations and how Beth, Helga’s daughter and Emily her granddaughter are confronted with the long-term effects of Traudi’s leaving. When Helga receives a letter telling her that Traudi is close to death, it is Emily with whom Helga shares the truth. Emily volunteers to accompany her to Vienna to meet the great-grandmother she thought was dead, and experience the unraveling of the darkest of family secrets.

Story: Let Me Go starts as Helga (Stevenson) learns her mother Traudi (Bertling) is near death, the same mother that abandoned her 58 years ago. Helga’s daughter Beth (May) is going through her own problems and her daughter Emily (Boynton) has a strong bond with her grandmother.

Helga travels with Emily to confront her mother in Vienna where truths of Traudi’s life come out, while Beth is left at home feeling alone because of the relationship her mother and daughter have. Family secrets come out over the trip both on the trip and back home.

Thoughts on Let Me Go

Characters – We follow four generations of one family here, Traudi is the oldest, the one that abandoned her daughter during World War II, she is dying and has reached out to reconnect before she dies, even though her past will only bring nightmares to the rest of the family. Helga is the daughter that was abandoned, she has raised her own family with ease believing her mother was dead, only to need to confront her and her past. Beth is Helga’s daughter, divorced and trying to make sure her own daughter has the future she is dreaming off, often left out of place due to the relationship her mother and daughter have. Emily is the youngest member of the family, she is at university and joins Helga in Vienna using the trip to learn about her family and prepare for the course she is taking.

Performances – We have four powerful performances from four actresses at different stages of their careers, all four are fantastic with what they must deal with as the story unfolds and learn about the past.

Story – The story shows us how four generations of one family have been affected by what happened when one Helga was abandoned by her mother, we see how the past has broken the people involved and how sometimes the past is better left kept secret. This is a drama that is heavily involved in how the people react to hearing about what people went through and how the moment that let it all comes.

Settings – The film uses the two main settings, we see parts in London but we are mostly focused on Vienna which shows us just what the history of one of them will have on the story. 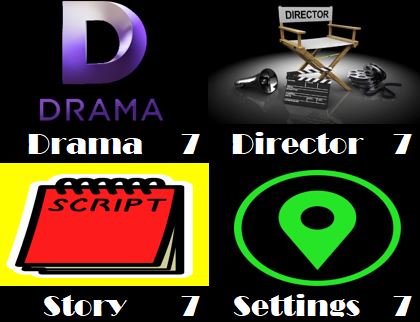 Scene of the Movie – The moment of truth.

That Moment That Annoyed Me – This doesn’t hit the marks it could for emotional impact.

Final Thoughts – This is a powerful performance driven movie that does show a story which is based on a real person, it is an important moment for the four generations of one family will go through. 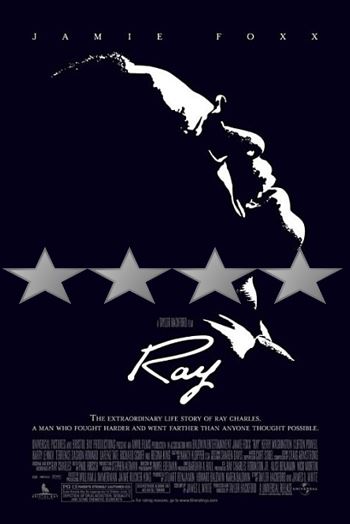 Plot: The story of the life and career of the legendary rhythm and blues musician Ray Charles, from his humble beginnings in the South, where he went blind at age seven, to his meteoric rise to stardom during the 1950s and 1960s

Story: Ray starts as Ray Robinson (Foxx) leaves his hometown to make it in the music industry, it doesn’t take long for him to make an impact in the industry, he does get walked over by managers who take advantage of the fact that he is blind, Ray also learns bad habits which includes his drug abuse.

When Ray finally gets his solo chance, he becomes Ray Charles, marries Della Bea (Washington) and his rise to stardom is in full flow. Ray continued to bring new sound in his music, though his addiction and women including backup singer Margie Hendricks (King) start making his life very difficult.

Characters – Ray Charles is the blind jazz musician, we see how he became blind at a young age, learned to use his ears to pick up music which made him know how to mimic the stars of the era. Ray starts out as part of a band and soon wants to become a solo star, which he does, only with his rise in fame, comes his addiction to heroin and the women, which leads to him nearly throwing away his marriage on the way to the legendary status we know him as today. Della Bea is the woman Ray fell in love with, she becomes his wife, though stays away from his musical career, she helps him when he needs it most and never leaves his side. Margie Hendricks is one of the backup singers that Ray has an affair with, she becomes his on tour girlfriend and what happens to her helps Ray learn about the chance he needs to make with his own life. Jeff Brown is one of the most loyal man that handles Ray’s money through his career.

Performances – Jamie Foxx is fantastic in the leading role he does give the performance of his career here. Kerry Washington and Regina King bring us wonderful supporting role that show two very different women in Ray’s life. If we look further into the cast we have great performances from everybody in the film.

Story – The story here shows the rise of Ray Charles, one of the most famous musicians of the 1950s and 60s, we see how his talent made him the star, his ability to mimic the stars showed the world what he was capable of despite being blind, we get to see his own vices which nearly saw his career come crashing down before him. If you want to see how to make a biopic story that will show both the good and bad of a life this is one of the most important because Ray did make mistakes which could have derailed his career. We do also get a glimpse into how he helped with the end of the segregation laws in America which made him get banned in one state. The way the story is told gives us the information we need to learn about each moment of his career too.

Biopic/Music – The biopic for musicians is always one of the most talked about things in the movie community, some only show the good, this was brave enough to show both sides of this man Ray Charles career. The music involved in a string of the hits the fans will enjoy watching being performed.

Settings – The film recreates the settings for some of the most iconic performances of Ray’s career, to make us feel like audience member, while away from the stage we see how his life felt like it was separate with his wife at home and his on the road events. 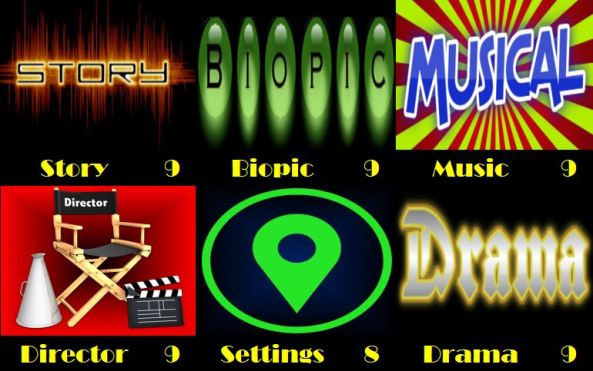 Scene of the Movie – The song performances.

That Moment That Annoyed Me – Not learning the truth about what happened between two friends.

Final Thoughts – This is one of the best musical biopics you will see, the performances are brilliant, the ability to capture the moments through the career help move the story along feeling like we are learning the behind stories of Ray.